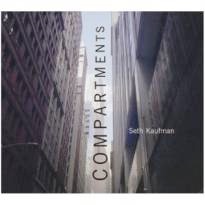 Seth's Website Seth's Artist Page on MainlyPiano
Album Links
Amazon (referral)iTunes
This site contains affiliate links to products. We may receive a commission for purchases made through these links.
Compartments
Seth Kaufman
2007 / Cascadilla Records
46 minutes
Review by Kathy Parsons
Compartments is pianist/composer Seth Kaufman’s fifth album to date, and like his previous releases, it is an eclectic mix of original pieces that range from smooth, gentle ballads to fast, percussive works that are more experimental. Kaufman has been one of my favorite artists for a number of years, so I’ve really been looking forward to this first release of new material since 1999. It was worth the wait! The music for Compartments was written between 2000-2005 in New York City, and you can hear the influence of the high-energy pace and tension of life in that big-city environment. With vast training and experience in both classical music and jazz, Kaufman blends the stylings so well that it is impossible to classify his music into any specific genre. And, man, can this guy play the piano! As a Bosendorfer Artist, Kaufman has access to these wonderful instruments for recording and performing, and they can handle whatever he has up his musical sleeves. All of the pieces on this CD are solo piano, but Kaufman mutes the strings on several tracks and “The Rails” was composed for prepared piano, which means that items and materials are placed inside the piano to alter its sound. Clearly a master of his instrument as well as his music, Kaufman is a true artist who composes music to be listened to, not sublimated to the background. Kaufman’s music opens and reveals itself the more you listen to it - a musical journey well-worth the time.

Compartments begins with “Eighteen M,” a piece that is rhythmic and dark as well as hauntingly beautiful. I have always loved the way Kaufman seamlessly combines a variety of themes, creating a musical “stew” of sorts - an assortment of distinctive flavors that merge to make a rich and soul-satisfying experience. “Lengthening” is a high-energy piece that dances and sparkles all over the upper half of the piano, becomes poignant, and then returns to the original theme. “Vertical” is tense and anxious, but has an infectious momentum that suddenly cuts off at the end. Did it disappear into the clouds? The title track is also fast-paced with cooling themes that weave in and out. “The Four, Five and Six” is almost frenetic. Inspired by the Lexington subway line, the nervous energy reminds me of the feeling of drinking too much coffee - let me off! “Ebb September” brings us full-circle to a gorgeous, calming melody composed in memory of two people and premiered at the Bosendorfer NY 175th Anniversary Celebration. “Dandelion Falling” is also a beauty. An energetic middle section reminds me of Dax Johnson and his “fourth piano pedal,” which mutes the strings and creates a fascinating effect. “The Rails” opens with bursts of notes followed by open space. The main part of the piece has an odd buzzing effect that contrasts with the clear tones of the piano - a very interesting piece! “Late Responses” is the most melodic of the fourteen pieces, and is a bit more traditionally structured. “Lost Spinning Particle” is a favorite, weaving together a variety of musical themes and moods, giving the sense of rapid motion. “New Orleans Home” is a heartbreaker, full of loss and mourning, yet conveying hope. Later in the piece, the tempo quickens and becomes more upbeat - rising once more from the ashes and mud - a very eloquent tribute. “And Now West” tells of new beginnings with spirit and optimism.

Compartments is another outstanding album from Seth Kaufman. Check it out at cdbaby.com and amazon.com. Highly recommended!
October 26, 2007
Seth's Website Seth's Artist Page on MainlyPiano
Album Links
Amazon (referral)iTunes
This site contains affiliate links to products. We may receive a commission for purchases made through these links.
More reviews of Seth Kaufman albums 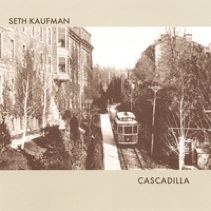 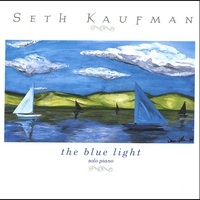 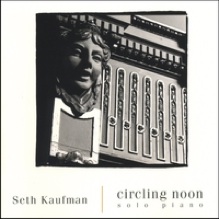