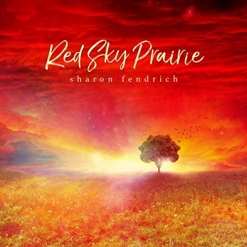 Sharon's Website Sharon's Artist Page on MainlyPiano
Album Links
Amazon (referral)iTunesSongbook Review
This site contains affiliate links to products. We may receive a commission for purchases made through these links.
Red Sky Prairie
Sharon Fendrich
2019 / Sharon Fendrich
59 minutes
Review by Kathy Parsons
Red Sky Prairie is the beyond impressive debut album from Sharon Fendrich. Calling Fendrich a “pianist/composer” only scratches the surface as she also produced the album, wrote lyrics for the five pieces that have lyrics (in five different languages, no less!), orchestrated the music and traveled to The Netherlands to record and mix the album at Kerani Music Studio with Arno Op den Camp, the engineer behind award-winning neoclassical artist, Kerani. Born and raised in Eugene, OR, Fendrich started her music studies at the age of three. Exposed to symphony orchestras, opera, ballet and other stage performances as a child, she continued piano and choral studies through college at Tufts University. After college, she continued to explore music composition while working in marketing, development and production roles for the La Jolla Music Society and the San Diego Chamber Orchestra in California. With a background in classical and ambient music, Fendrich brings a wealth of experience to her original music and makes it sound effortless. Red Sky Prairie offers eleven tracks that can provide a soundtrack to listeners’ dreams and memories. In addition to Fendrich on piano, there are four Dutch soloists: violinist Wilfred Sassen, cellist Joep Willems, flutists Helen Hendriks and Ies Muller, plus Russian vocalist Anna Emelyanova.

The album begins with ‘L’dor Vador,” which translates from Hebrew to “generation to generation.” A gently-flowing piece for piano, voice and strings, it lets you know right away that this album is something special. “A Secret’s Song” is a tribute to James Horner and his theme, “Somewhere Out There” from An American Tail (1986). Without lyrics, the piano tells the story as the other instrumentalists support and enhance it with grace and expression. A few sections have an interesting meter change that keeps them just slightly off-balance but not at all uncomfortable. “Within Whispers” begins with the sound of the ocean and becomes a delicate duet for piano and Irish flute. The second theme goes somewhat darker, brightening again for the third - one of my favorites. The title track opens with the sound of thunder but quickly becomes peaceful. With the piano in front, strings dance around and intertwine with the melody. The piece was inspired by a vision Fendrich had of a place suspended in time where emotions are free to be felt, expressed and remembered. Visual and performed with deep emotion, it would be exquisite in a film - another favorite. The lyrics for “Song Of the Dove” are in Esperanto (an international language created to bring together speakers from diverse countries) and tells the story of the flight of the dove of peace and the tremendous weight of responsibility it carries. “Never Alone” is a haunting piece for piano and voice. Sung in Spanish, English and Yiddish, the lyrics link the stories of the Latin American refugees trying to enter the US in 2018 and the Jewish refugees of WWII. “Last Tears” is a piano/violin/cello trio that offers closure as the intensity of grief starts to ease and the person grieving accepts that some of the sorrow will always remain. The heartfelt emotion expressed in this piece soothes like a long, loving hug that lets you know things will be okay in time. “That September Day” pays homage to 9/11/2001. It begins as that morning did, with the hope and promise of a new day. Then everything changes. The lyrics express the shared fear, sadness and anger we felt in the days that followed and then end with: “Together we found a way that September day” - a message that reminds us that together we can overcome just about anything.

Red Sky Prairie is an album that truly needs to be heard. Do your ears, mind and soul a favor and check it out! It is available from SharonFendrich.com, Amazon, iTunes and CD Baby as well as many streaming sites.
September 30, 2019
This review has been tagged as:
Debut AlbumsKathy's Picks
Sharon's Website Sharon's Artist Page on MainlyPiano
Album Links
Amazon (referral)iTunesSongbook Review
This site contains affiliate links to products. We may receive a commission for purchases made through these links.
More reviews of Sharon Fendrich albums 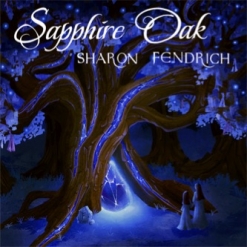