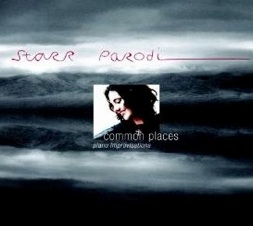 Starr's Website Starr's Artist Page on MainlyPiano
Album Links
Amazon (referral)iTunes
This site contains affiliate links to products. We may receive a commission for purchases made through these links.
Common Places
Starr Parodi
2006 / Parodi Fair, Inc.
51 minutes
Review by Kathy Parsons
Starr Parodi’s solo piano debut, Common Places, is not a new recording - it was released in 2006 - but Starr and I met recently and I was anxious to hear and review her music. A Steinway Artist, Parodi got her first big break as the pianist/keyboardist for The Arsenio Hall Show band, “The Posse.” She has also composed a very impressive body of music for television and film (often with her husband and musical partner, Jeff Fair). Common Places was awarded the 2007 Album of the Year by SoloPianoRadio.com (Whisperings). All of the pieces on the album are improvisations, although five of the ten tracks were originally composed by other artists. A fascinating combination of classical, pop, rock, movie themes, and jazz creates a distinctive and original musical sound that can only come with life and musical experience. After the songs were recorded, Parodi and Fair experimented with a new sonic palette. They continued to use only the piano, but affected it with various filters and other devices. Sometimes the results were ambient, sometimes percussive and often subliminal, adding another layer of emotion to the performances. Parodi recorded the music on her 1928 grand piano that once graced the MGM sound stage and was used in classic films that include The Wizard of Oz. The piano sound is rich, deep, and often very powerful.

Common Places begins with the title track, a piece with classical influences, a touch of mystery, and interesting effects that come from the piano itself - an intriguing opener! “For What It’s Worth” is a powerful solo piano interpretation of the 1967 Buffalo Springfield hit and an unexpected treat. The piano-based effects and layering give this rock classic an edge that perfectly suits the song. “Albinoni’s Adagio” is an interpretation of the classical piece reconstructed from fragments found in Dresden archives in 1945. Parts of this six-minute track are very simple in styling, while others become much bigger and more passionate. “Kenya” is a beautiful slow jazz ballad that often shows Parodi’s funkier side - a 9 1/2 minute exploration that I really like. “Follow Me” begins with a fast and slightly frenetic intro that dances all over the piano keyboard. After about a minute, the piece becomes more melodic and even hymnlike, telling its story in a way that is both purposeful and dramatic. “James Bond” is a new interpretation of the version of the theme that earned Parodi a Gold Record. Dark and mysterious, she gives this very well-known movie theme a fresh makeover. “Forgiveness” is another favorite with its interesting chord voicings and soulful nature. I love the closing track, Tony Sena’s “Covenant.” Heartfelt and passionately expressive, it’s a beautiful ending to a very impressive album!

Common Places is available from Amazon, iTunes, and CD Baby. Recommended!
February 24, 2015
This review has been tagged as:
Debut AlbumsWhisperings Album of the Year
Starr's Website Starr's Artist Page on MainlyPiano
Album Links
Amazon (referral)iTunes
This site contains affiliate links to products. We may receive a commission for purchases made through these links.
More reviews of Starr Parodi albums 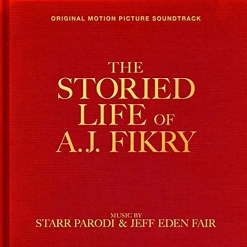 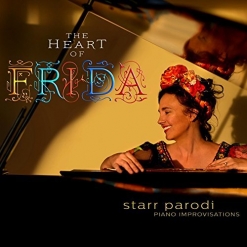