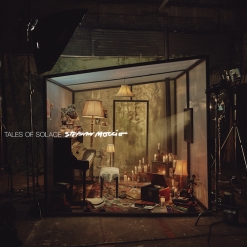 Stephan's Website Stephan's Artist Page on MainlyPiano
Album Links
Amazon (referral)SpotifyiTunes/Apple
This site contains affiliate links to products. We may receive a commission for purchases made through these links.
Tales of Solace
Stephan Moccio
2020 / Decca
54 minutes
Review by Kathy Parsons
I first heard and fell in love with Stephan Moccio’s piano music when he released his debut album, Exposure, back in 2006. It was one of my Favorite Albums for that year and I also named it one of the Best Albums of the Decade. Four years later, Color was released and was a combination of piano solos and piano with orchestration - I loved that one, too! Prior to that, and since then, Moccio has penned and collaborated on a very impressive list of hit pop songs, soundtrack music for movies and television, and more. I was surprised to discover that he co-wrote Miley Cyrus’ mega-hit “Wrecking Ball” and was nominated for an Academy Award for the music he wrote for the film, Fifty Shades of Grey.

The Canadian-born Moccio started playing the piano at the age of three, and was classically-trained for many years. He also studied jazz and has gone on to have a varied and colorful career in music. Recently, Moccio felt drawn to return to solo piano and his classical roots, and Tales of Solace is a collection of 16 original neo-classical piano solos that explore some of life’s more profound themes. Several of the tracks have been released as singles, but the smooth and gentle continuity of the full album is a much richer and more satisfying musical experience.

The piano that the music was recorded on is outfitted with cloth over the soundboard to produce a much softer, velvety sound in keeping with the soothing theme of the album. As a pianist and piano teacher, I have somewhat mixed feelings about this - especially with a pianist of such remarkable expressiveness - but so many of today’s truly great pianists are using this muted piano approach to their music, so why not? This recording doesn’t pick up the sounds of the inner workings of the piano action as many do, so it’s more of a hushed, intimate ambiance. Just as a point of reference, if you like the sound of Ludovico Einaudi’s Seven Days Walking, you’ll like this piano sound, too.

Some of the themes explored on the album include change, light, the passage of time, ghosts, burgundy (the color and the wine!), the “White Night” all-night arts festival in Toronto, and missing someone - all very intimate yet emotionally powerful, from one heart to another. It’s a beautiful album from the first track to the last, and makes a wonderfully warm and soothing companion for working, meditation, sleep, and just letting go of the stresses of the current state of the world. I hope Stephan Moccio will continue to release his exceptional piano music!

Tales of Solace is widely available, including Amazon, iTunes/ Apple Music, and Spotify.
October 4, 2020
Stephan's Website Stephan's Artist Page on MainlyPiano
Album Links
Amazon (referral)SpotifyiTunes/Apple
This site contains affiliate links to products. We may receive a commission for purchases made through these links.
More reviews of Stephan Moccio albums 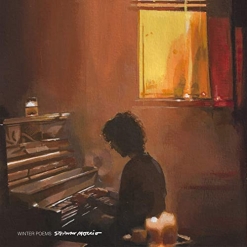