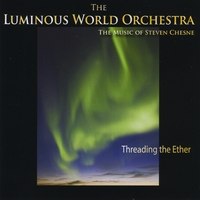 Steven's Website Steven's Artist Page on MainlyPiano LWO's Website LWO's Artist Page on MainlyPiano
Album Links
Amazon (referral)iTunes
This site contains affiliate links to products. We may receive a commission for purchases made through these links.
Threading the Ether
Steven Chesne and The Luminous World Orchestra
2009 / BrahmaSong.com
53 minutes
Review by Michael Debbage
The Luminous World Orchestra is the workings of Steven Chesne who has been recording and creating music for television and movies for over 20 years. With regard to recording and releasing his personal recordings he is relatively new on the scene with his first “solo” recording being released back in 2006 under the moniker of the Luminous World Orchestra. Threading the Ether represents his third offering that integrates healthy elements of classic, world and ambient themes that make for a heavenly sound that will lift your spirits and soothe your soul all at the same time.

The year 2006 saw Chesne release his first Luminous World Orchestra recording sessions that were released as two separate disc called Deva and Muse Of Aqua. Deva represented the amalgamation of several musical genres thus the name The Luminous World Orchestra. From Native American flutes, Chinese gongs and Celtic whistles to the soothing classical string arrangements of an orchestra and an acoustic guitar, Chesne managed to integrate many familiar genres into one creating his very unique original sound. Needless to say that Muse Of Aqua being from the same recording session extended the success of Deva but with an even more significant Eastern slant to it making this release equally as intoxicating.

Steven’s third offering Threading the Ether is no less enthralling and continues to focus on Eastern themes but this time around he also introduces fascinating ethereal choral arrangements that will simply elevate you to a third dimension. The vocals are on immediate display on the opening track “Dawning” combining well with the unusual use of a gong and additional orchestration. The follow up track “Gratitude” takes on a greater emphasis of melody in both the vocal and instrumentation arrangements that are hauntingly beautiful. Along with the soft strings, even at over five minutes this endearing composition could have been even more enduring. Similar results can be found on “Ascension” and also “Seedling” the latter which features the flute.

Chesne describes Threading the Ether as a Cantata in nine movements thus the choral vocal arrangements with significant instrumental accompaniment. While there are nine movements the central movement both physically and musically is the choral emphasis found on the thriving “Asatoma” mixed in with a sundry of instrumentation of horns, organ and strings. There is probably a harmonic kitchen sink somewhere in there too!

Steven Chesne has now presented three very unique musical offerings in less than three years. However, Threading the Ether is not only his finest recording to date it also indicates that this composer is not willing to remain stationary. His enthusiastic adventurous spirit blends multiple musical genres that are gorgeous and accessible yet are still very unique and creative. If you have not yet introduced yourself to the musical world of Steve Chesne better known as The Luminous World Orchestra then now is the time to be enlightened and entertained all at the same time.
October 31, 2010
Steven's Website Steven's Artist Page on MainlyPiano LWO's Website LWO's Artist Page on MainlyPiano
Album Links
Amazon (referral)iTunes
This site contains affiliate links to products. We may receive a commission for purchases made through these links.
More reviews of Steven Chesne albums 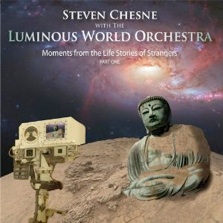 Moments from the Life Stories of Strangers Pt. 1
2013
Review by Michael Debbage 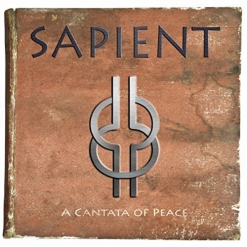 Moments from the Life Stories of Strangers Pt. 1
2013
Review by Kathy Parsons