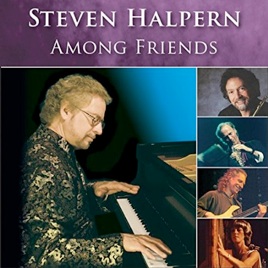 Steven's Website Steven's Artist Page on MainlyPiano
Album Links
Amazon (referral)iTunes
This site contains affiliate links to products. We may receive a commission for purchases made through these links.
Among Friends: 1975-2015
Steven Halpern
2015 / Open Channel Sound Company
78 minutes
Review by Kathy Parsons
Among Friends: 1975-2015 is a 40-year retrospective of the collaborative musical match-ups of Steven Halpern and other stellar artists of the New Age and Healing Music genres including Paul McCandless, Paul Horn, Michael Manring, David Darling and a host of others - a veritable “who’s who” of the style of music that Halpern helped to establish four decades ago.

The Grammy-nominated composer, producer, and recording artist was named as one of the twelve most influential artists of the past twenty years by Keyboard Magazine in a 1995 profile. In the same article, he was also named as “the first and definitive New Age keyboardist.” In 2014, he was given a Lifetime Achievement Award by Zone Music Reporter. With more than one hundred albums to his credit, Halpern’s is one of the most-recognized names within the New Age genre and one of the most respected when it comes to healing music and music for relaxation.

It is interesting to note that Halpern started his music career in the 1960’s playing trumpet and guitar inspired by John Coltrane, Miles Davis and Jimi Hendrix and the potential of jazz/rock fusion. His life changed radically after a spontaneous meditation and mystical experience in a sacred redwood grove. He began composing deeply relaxing and healing music based on the concepts of the Universal Tone, Silence, and pioneering the concept of Next-Gen Music for Mindfulness. (tm).

He released his first album, Spectrum Suite, (now available as Chakra Suite) in 1975, and the rest, as they say, is history. With his jazz background, it is no wonder that Halpern has been so successful in improvising duets and other ensembles with such a wide variety of artists from all over the world. Some of the best of those are included on this very impressive album.

The fifteen tracks on Among Friends cover a lot of musical territory, from quiet meditation to upbeat, rhythmic jazz. Some feature Halpern on piano, others on Fender Rhodes electric piano and synths. It is an eclectic mix that provides the soundtrack to a well-traveled musical journey that has explored paths leading in many directions. The tracks were selected from nine of Halpern’s albums going back to 1977. In addition to keyboards, Halpern is featured on trumpet, electric guitar, electric bass, and sampled tabla. It’s a fascinating listening experience as well as an historical look at the musical career of a man whose music has touched us all in some way either directly with his music or by the genre he helped to create and continues to inspire and influence.

Among Friends is available from StevenHalpern.com, Amazon, iTunes, and many other retail outlets. Recommended!
June 16, 2015
Steven's Website Steven's Artist Page on MainlyPiano
Album Links
Amazon (referral)iTunes
This site contains affiliate links to products. We may receive a commission for purchases made through these links.
More reviews of Steven Halpern albums 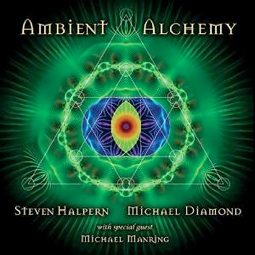 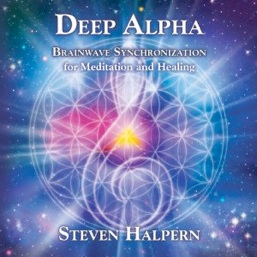