Sultans of String and Ifrah Mansour 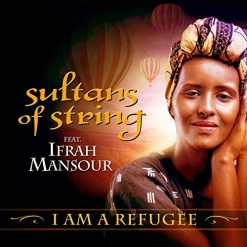 Sultans of String's Website Sultans of String's Artist Page on MainlyPiano Ifrah's Artist Page on MainlyPiano
Album Links
Amazon (referral)iTunesStreaming PurchasesYouTube Video
This site contains affiliate links to products. We may receive a commission for purchases made through these links.
I Am a Refugee (single)
Sultans of String and Ifrah Mansour
2019 / CEN
6 minutes
Review by Kathy Parsons
“I Am A Refugee” is the first single release from the upcoming seventh album by Canada’s award-winning group, Sultans of String. Planned for a 2020 release, Refuge features collaborators from around the world that include Béla Fleck, Indigenous Elder Dr. Duke Redbird along with Twin Flames, Yasmin Levy, Edmar Castaneda, and many more - truly a world music album!

Quoting bandleader Chris McKhool: "This is a project that is centred around the positive contributions of refugees and new immigrants to U.S.A. and Canada. We are bringing in special guests that are newcomers to this land, as well as global talents that have been ambassadors for peace.  We wish to celebrate the successes of those who make the journey here, and bring their extraordinary talents with them. We hope that the kinds of conversations we can have as musicians can provide a model for peace that our politicians and citizens find inspiration from.”

“I Am A Refugee” features poet and multi-media artist Ifrah Mansour, a refugee from Somalia herself who now makes her home in the Twin Cities area. She explains her involvement in the project: "I wrote the poem for me, for my community, and for those that are yearning for change, those are yearning to deepen their empathy. Writing the poem was a way to unleash some pain that I could name finally – I wrote it because I was so frustrated with so many people sending me emails and asking me what I thought about the travel ban…And that an artist’s job is to draw that hope, especially in a time of deep hopelessness.” Those feelings are powerfully conveyed as she recites the poem while the Sultans play behind her. The music is evocative but stays in the background, enhancing the poem’s emotional impact without getting in the way of it.

“I Am A Refugee” is an important recording and a powerful prelude to the upcoming album. I can’t imagine anyone not feeling the truth and sincerity of Ifrah Mansour’s words and I fervently hope that those words can help bring a stronger sense of humanity and unity back to this country and the world. It’s a message that needs to be heard and a plea for people to open their hearts and see refugees as desperate human beings who deserve a chance at a better life. Many thanks to Sultans of String for making this project happen.

There is an incredible music video for “I Am A Refugee” on YouTube and the single can be purchased on Amazon, iTunes and various streaming sites. This is a must-see and a must-hear!
October 9, 2019
This review has been tagged as:
Kathy's PicksSingle Release
Sultans of String's Website Sultans of String's Artist Page on MainlyPiano Ifrah's Artist Page on MainlyPiano
Album Links
Amazon (referral)iTunesStreaming PurchasesYouTube Video
This site contains affiliate links to products. We may receive a commission for purchases made through these links.
More reviews of Sultans of String albums 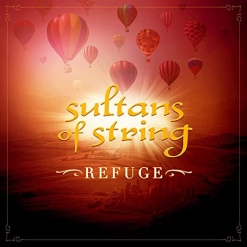 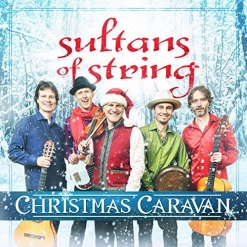