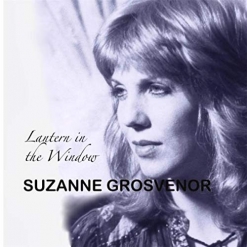 Suzanne's Website Suzanne's Artist Page on MainlyPiano
Album Links
AmazoniTunes
This site contains affiliate links to products. We may receive a commission for purchases made through these links.
Lantern in the Window
Suzanne Grosvenor
2012 / Strolling Minstrel Music
43 minutes
Review by Kathy Parsons
Lantern in the Window is the debut album by pianist/composer Suzanne Grosvenor. Originally released in 1984 on vinyl and cassette, the album was re-released in 2012 in digital format. The thirteen original piano solos are diverse and clearly demonstrate Grosvenor’s versatility as a composer as well as a performer. From jazz to ballads to classically-styled compositions, she is an exceptionally accomplished pianist well-versed in many genres of music. I think it’s worth stating that even though this album was released more than 35 years ago, the music is fresh and timeless. I’m really looking forward to more music by this artist!

Suzanne Grosvenor started her classical training at a young age and was performing her own music in recitals at the age of eight. At ten and twice in her teens, she was a guest soloist with youth orchestras and, at seventeen, was a winner in the Phoenix Young Musicians Concerto Competition. She also played cello, violin, clarinet and percussion with a number of youth orchestras. Awarded a scholarship, she attended Arizona State University as a music major. Her early career found her touring with a band and playing as a session musician, again in many styles of music that included blues, jazz, rock, pop and jug band. She also began improvising on a regular basis, which grew into a practice of stimulating healing responses in people for whom she plays, both privately and in concerts. Grosvenor has been exploring the effects of music on health and the psyche for 35 years, and her work is endorsed by counselors, psychotherapists and health practitioners.

Lantern in the Window begins with the title track, a beautiful and bittersweet piece that could be “about” many things. The lantern could be a signal or message that isn’t what was hoped for, or it could be about the people inside or any number of symbols. The main thing is that it lets us know right away that we’re in for a musical treat! “Dusk” is somewhat more relaxed and has two distinct themes. The first is on the ambient side - very free and calming - and the second is much more melodic, returning to the first theme near the end. I really like this one! “Waltz for Anna” is an elegant minor-key waltz in a classical style. The middle section changes to a major key and returns to the minor for the reprise of the first theme. “Daydream” is a favorite. It begins very lightly and freely, becoming more reflective, and then darker and more intense. I interpret this to illustrate how when you let your mind wander, it can and will go to many different places. I love all of the seamless changes in this piece and the various emotions they express. “The Master On Video” is very minimalist yet expressive in an open, free style. “He Loves Her” is something of a jazz/pop ballad with a strong melody and an abundance of emotion. Another favorite, “Bear in Waiting,” is light and playful and possibly refers to a sweet teddy bear. “Black ’n’ White Boogie” was a surprise, but I’m really impressed! Big and bold with a rhythm that just won’t quit, it’s both showy and catchy - a show-stopper, I’m sure! “In Good Time” is a slow, dark, jazz piece that is both beautiful and emotionally rich. The album closes with “Lantern (Reprise),” a slightly different version of the title track.

Lantern in the Window is a great introduction to a fine pianist/composer whose music goes in many different directions. The album is available from Amazon, iTunes, CD Baby and various streaming sites.

January 22, 2020
This review has been tagged as:
Debut AlbumsKathy's Picks
Suzanne's Website Suzanne's Artist Page on MainlyPiano
Album Links
AmazoniTunes
This site contains affiliate links to products. We may receive a commission for purchases made through these links.
More reviews of Suzanne Grosvenor albums 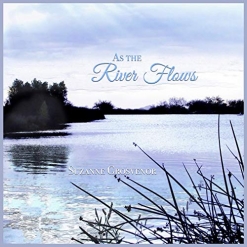 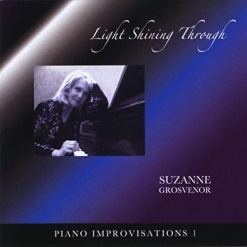