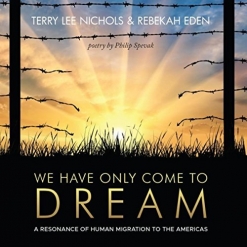 Terry's Website Terry's Artist Page on MainlyPiano Rebekah's Website Rebekah's Artist Page on MainlyPiano
Album Links
Amazon (referral)iTunes
This site contains affiliate links to products. We may receive a commission for purchases made through these links.
We Have Only Come To Dream
Terry Lee Nichols and Rebekah Eden
2018 / Terry Lee Nichols
43 minutes
Review by Kathy Parsons
One of the few positive effects of the unsettled nature of our country right now is that some of our artists are stepping forward and celebrating the countless contributions immigrants have made to the American society and culture. We Have Only Come To Dream is one such project. Stunning in its power and beauty, Terry Lee Nichols and Rebekah Eden have created a musical masterpiece that overflows with passion, cinematic vividness, and strength.

The CD includes a twelve-page booklet that explains the historical origins of each piece plus a poem by Philip Spevak that tells each story in a less formal setting. (The booklet is also available online.) The album chronicles the migration to and exploration of The Americas from 50,000 years ago to the founding of the US National Park System. The historical research involved is daunting, but then to take all of that material and create such a breath-taking musical journey with it is truly remarkable. Terry Lee Nichols composed and performed the music, most of which features the piano as well as orchestration. Rebekah Eden did the vocal arrangements and performances on all but one of the ten tracks; Kehembe Eichelberger performed the vocals on one. (Vocals are mostly wordless vocalizations.) Flautist Sherry Finzer also appears on one track.

We Have Only Come To Dream begins with “Phantasmagorical Voyage,” a sonic rendering of the earliest voyage to the Americas, now thought to have been by Australian aborigines some 50,000 years ago. It begins as a gentle and dreamy piano solo and adds orchestration and vocalization a little bit at a time, building to a powerful and triumphant end. “The Anasazi” tells of one of the earliest advanced civilizations who inhabited the Four Corners area of the American Southwest. This tribute to “the ancient ones” is haunting and rhythmic with piano, vocals and some powerful orchestration. The title track honors the Aztecs who eventually built an empire in Mexico. Piano, vocals, light percussion and strings create a beautiful, peaceful scene punctuated occasionally by a dramatic orchestral burst. “1492” is a favorite, and of course, chronicles Columbus’ voyage from Spain. A powerful piece for orchestra and piano, images of dark, stormy seas and boats being tossed by the waves come to mind each time I hear it. “Conquistadors” refers to the leaders in the Spanish conquest of America, and especially to Cortes and Pizarro. Dark and mysterious, there is poignance about this piece that seems to tell of the hardships of the long voyage as well as the loss of the conquered societies. “The Courier” ups the drama and intensity as it describes the Enlightenment philosophy and the colonies’ declaration of independence from Britain. “The River of Life” is calm and sparkling with the sound of flowing water and birds calling in the background - beautiful and another favorite. “The 19th Century Refugee Crisis” refers to the arrival of the Irish immigrants and includes a lovely arrangement of the traditional folk song “Down By the Salley Gardens” sung by Eden. “A House Divided” features a very moving vocal performance by Kehembe Eichelberger singing a traditional slave freedom song “Many Thousand Gone.” “The Last Cowboy” refers to the twenty-year “golden age” of the cowboys from 1866-1886 in a very “Americana” style that includes gunfire and a cowboy asking a bartender for “a stiff one.” “Canyon Sunset” features Sherry Finzer’s beautiful flute playing and celebrates the beginnings of our National Park system in the mid-1800’s. Elegant yet majestic, it’s a moving and uplifting close to an excellent album.

We Have Only Come To Dream is an amazing musical achievement and one that I very highly recommend. Bravo!!! 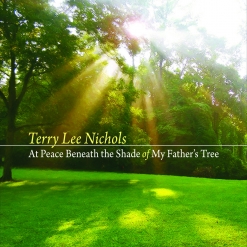 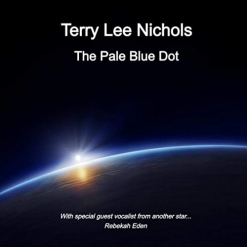