The Guitar begins with “Time Out” by Si Hayden, a gently rhythmic piece with a spontaneous, jazzy attitude - a favorite. I also really like Todd Boston’s haunting “Celtic Heart” from his ZMR Best Acoustic Instrumental Album of 2012, Touched By the Sun. Recorded at Will Ackerman’s Imaginary Road Studio, the ensemble includes cello, bass, and percussion. Shambhu’s “Together” was also recorded at Imaginary Road and Charlie Bisharat’s soulful violin sends it soaring. Frank Smith’s “Anything For a Smile” is a poignant beauty played as a duet with Steve Schuch on violin. No contemporary guitar compilation would be complete without at least one track from Will Ackerman. “Driving” dates back to his 1998 release, New England Roads, and leaves no doubt about why Ackerman’s name is synonymous with new age guitar (and new age music in general). Tim Pacheco is a guitarist I was not familiar with, but his “Last Clouds Receding With the Darkness” has certainly piqued my interest in hearing more of his music! Its soothing, easy-going feeling suggests images of open spaces and gentle breezes. Alex deGrassi is another name associated with new age guitar and was one of the first artists signed to Windham Hill Records in the late 1970’s. His “Another Shore” clearly indicates why his name continues to be prominent in the genre (and others). Mike Howe has been one of my favorite artists since his 2009 debut release, Time Stands Still, and this new track, “Lucky Day” carries his trademark optimism and sincerity. Keith Medley’s “Father Red Tail” has quite a different sound since it was recorded with his own invention, a 27-string guitar that he designed and made himself. The song has kind of a country style, but is more complex than that - a beautiful and intriguing closing to a great album!

The Best of Reviews New Age has presented two great collections, and I can’t wait to see what Alejandro Clavijo does next! The Guitar is available worldwide and from Amazon, iTunes, and CD Baby in the US. Recommended!
January 21, 2014
This review has been tagged as:
Guitar music
Contributing artists:
Frank SmithMatteo PalmerMike HowePaul AdamsTodd Boston
Various Artists' Artist Page on MainlyPiano
Album Links
Reviews New Age websiteAmazon (referral)iTunes
This site contains affiliate links to products. We may receive a commission for purchases made through these links.
More reviews of Various Artists albums 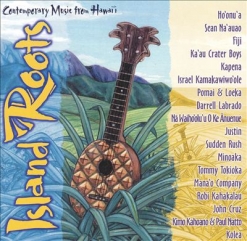 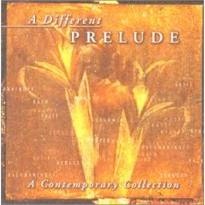 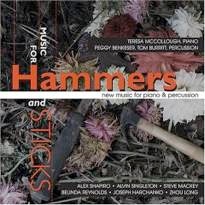 Music for Hammers and Sticks
2004
Classical