Various Artists' Artist Page on MainlyPiano
Album Links
Reviews New Age websiteAmazon (referral)iTunes
This site contains affiliate links to products. We may receive a commission for purchases made through these links.
The Best of Reviews New Age: The Piano
Various Artists
2012 / Best of Reviews New Age - Discovering Music
71 minutes
Review by Kathy Parsons
The Best of Reviews New Age: The Piano is the first compilation album from this most impressive Spanish website, founded by music critic Alejandro Clavijo, a great guy whose passion for music and musicians is extraordinary - as is this album. The seventeen tracks represent some of the best piano artists in the so-called new age music genre, and while the majority of the artists are American, Spain and Argentina are also represented. Most of the music comes from albums that were released in the last five years, but there are a few tracks that go back as far as 2002. Joe Bongiorno mastered the album in his Piano Haven Studios, giving the tracks a consistent sound despite the variety of pianos on the original recordings. The CD includes an eight-page booklet that has photos and short bios of all of the artists, making this a really nice package. And yes, the liner notes are in English - at least the American release is.

All of the tracks are solo piano, and there is a variety of playing styles, with some of the tracks upbeat and others more subdued. The mood is consistent enough for a warm, rich background for other activities, but this album is much better suited for listening to closely and letting the music transport you to a beautiful and relaxing place.

The line-up of artists includes some of the longtime mainstays of new age piano - David Lanz, Wayne Gratz, David Nevue, Peter Kater, and Danny Wright - but the music of the artists who are not as well-known (yet) is just as strong and substantial, making this a great album for sampling the music of pianist/composers you might not be as familiar with and possibly discovering some new favorites. The other artists included on the album are Chad Lawson, Ralph Zurmuhle, Philip Wesley, Doug Hammer, Lisa Downing, Julio Mazziotti, Joseph Akins, Joe Bongiorno, Michele McLaughlin, Mario Lopez Santos, Matthew Mayer, and Rocky Fretz, all excellent pianist/composers that I’ve been reviewing for quite some time, and my hope is that this wonderful international release will bring them all new fans from around the world.

The Best of Reviews New Age: The Piano is a delight from start to finish - not a weak track among the seventeen!I It’s sure to be on many “best of” lists for 2012, including my own. It is available from Amazon, iTunes, and CD Baby. I give it my highest recommendation.
August 27, 2012
This review has been tagged as:
Kathy's Favorites: 2012
Contributing artists:
Chad LawsonDanny WrightDavid LanzDavid NevueDoug HammerJoe BongiornoJoseph AkinsLisa DowningMario Lopez SantosMatthew MayerMichele McLaughlinPeter KaterPhilip WesleyRalph ZurmühleRocky FretzWayne Gratz
Various Artists' Artist Page on MainlyPiano
Album Links
Reviews New Age websiteAmazon (referral)iTunes
This site contains affiliate links to products. We may receive a commission for purchases made through these links.
More reviews of Various Artists albums 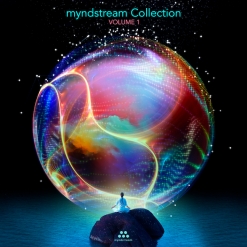