The Comet Is Coming 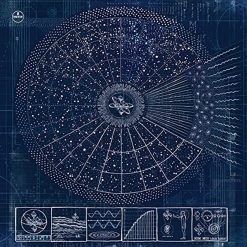 I knew that many had described Shabaka as coming from the evolutionary sounds of spiritual jazz first pioneered by John Coltrane, Sun Ra, Alice Coltrane, Pharoah Sanders, and Lonnie Liston Smith. There is something very different in how The Comet Is Coming’s heavily synthesized (and industrialized) sounds are conceived and conceptualized. And as a lay reviewer, I am not trying to front and deliberately render something more or less profound than what it really is. But there is something different in this music. If there is a seminal point of departure from the family tree of the pioneers of spiritual jazz, we are witnessing a further branching emerging from those roots.

Hyper-Dimensional Expansion Beam covers 11 songs in 43 minutes. And I am not sure if the band’s name -- The Comet Is Coming -- denotes explorations into new realms of music. I didn’t quite know how to classify the music as I first stumbled upon his work by way of YouTube.com in the “We Out Here” compilation (Greenwood Records). Nevertheless, while Shabaka shakes off his work as “jazz,” his saxophone virtuosity comes through.

Much of the songs have retained eerie synthesized background sonics, like in “CODE,” there are other softer, dreamy renditions like “Lucid Dreamer,” which is more melodic. I had a hard time placing “Pyramids” with its moodiness with its blaring horn calls. Other selections seem to have a place in more contemporary dancehall settings so there are a lot of eclectics in effect. I found “Aftermath” filled with a rumbling and tumbling baseline which brings a sense of movement through a landscape accompanied by a whispering shakuhachi.

One thing for sure: I felt a lot of urgency conveyed throughout the album. The sonic staccato cries issuing from the sax are relentless. I did find some of the music to be toe tapping, but I cannot say that this is something I would relax to. However, I also found agreement with the passage from the press statement dropping some truth. It describes Hyper-Dimensional Expansion Beam as “at once eliciting thoughts of impending doom and possible hope” (Pitchfork).

While I was stumbling around trying to figure out how to describe the music, I have to agree with the above assessment! My initial thoughts of Hyper-Dimensional Expansion Beam were confronted by what I conceived to be dark, new-age spacey music! There is a consistent underlying background that is electronically delivered, and causes this moody dreariness with Shabaka’s saxophone fighting through and piercing the imposing overcast clouds. So there is sort of a dialectic at work causing the juxtaposition of “impending doom and possible hope.” Is this a musical deliverance warning of what awaits humankind?

Whatever the band’s vision and intention, Hyper-Dimensional Expansion Beam may musically capture the challenges our world confronts right now, and offers humankind’s hope and resiliency percolating from Shabaka’s saxophone. 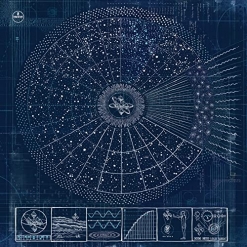