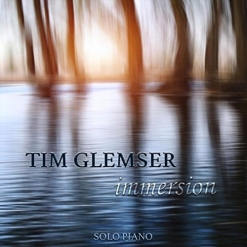 Tim's Website Tim's Artist Page on MainlyPiano
Album Links
Amazon (referral)iTunes
This site contains affiliate links to products. We may receive a commission for purchases made through these links.
Immersion
Tim Glemser
2018 / Tim Glemser
59 minutes
Review by Kathy Parsons
Immersion is Tim Glemser's fifth solo piano album, and what a beautiful, peaceful recording it is! It provides a full hour of stress-free music that is substantial and meaningful - not ear-candy - that listeners can often return to, discovering new subtleties each time. To quote Tim’s own website: “Using the symbolism of water, mountains, trees, and other elements of nature, he explores the purifying depths of the human experience that help us reach toward heaven.” The thirteen pieces on the album are all original compositions.

Glemser’s previous release, The Spirit of Montana (2015) was nominated as Whisperings Album of the Year and his 2014 Christmas album, O Nata Lux was awarded “Album of the Year” by SoloPianoChristmas.com. Now living in Phoenix, AZ, Glemser graduated from Arizona State University with a BA in Music and teaches both piano and voice.

Immersion opens with “Waters of Life,” a simple and very serene piece that expresses the gentle movement of a body of water on a calm day - total tranquillity! The title track is also very peaceful, but has a more flowing energy that often sparkles like sunlight dancing on water. “Green Pastures” hints at the lushness of new grass and the freshness of a spring breeze on a sunny day. I love “Wind of the East” and the way it quietly speeds up and slows down while remaining very calm and soothing. “The Shepherd’s Prayer” is simple, heartfelt and very humble with a gorgeous melody and softly rolling accompaniment - another favorite. “Out of the Deep” goes much darker and more introspective. It starts out in the lower half of the piano keyboard and gradually works its way up into the treble octaves. As the actual notes rise, so does the spirit of the piece, becoming lighter and more positive. (Sheet music, Tim?) I also really like “Lily of the Valley” with its melody’s folk-song sincerity and how it moves from the treble clef to the bass and back. “Archangel” has a different kind of energy with a faster tempo and a buoyant spirit. “As a Child” expresses a sweet, tender innocence as if seeing the world with new eyes. “Endure” closes the album with a piece that seems to offer encouragement without any words at all - as only music can do.

I think Tim Glemser has another award-winning album in Immersion. It is available from his site, Amazon, iTunes and CD Baby. Very highly recommended!
May 16, 2018
This review has been tagged as:
Kathy's Favorites: 2018Kathy's Picks
Tim's Website Tim's Artist Page on MainlyPiano
Album Links
Amazon (referral)iTunes
This site contains affiliate links to products. We may receive a commission for purchases made through these links.
More reviews of Tim Glemser albums 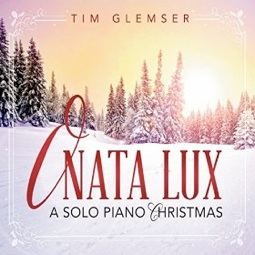 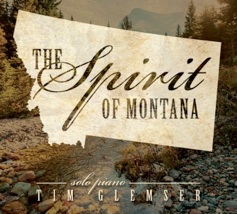