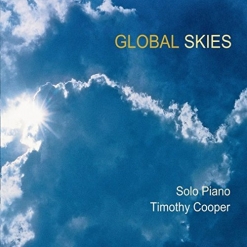 Timothy's Website Timothy's Artist Page on MainlyPiano
Album Links
Amazon (referral)iTunes
This site contains affiliate links to products. We may receive a commission for purchases made through these links.
Global Skies
Timothy Cooper
2017 / Timothy Cooper
66 minutes
Review by Kathy Parsons
Global Skies is the third solo piano release from pianist/composer Timothy Cooper and his first album since 2008. Many artists hope to change the world for the better with their music, but Cooper does this in a very big way with his film-making, books and photography in addition to his music. In his work, Cooper travels the world as an advocate for human rights and is a tireless worker in helping other countries improve their environmental and sociological positions. What he has seen and the people he’s met in his travels were the inspiration for the music on this album. “The more I travel, the more I cross cultures and borders, the more I listen to people with divergent views speak their minds, the more I appreciate the world’s breathtaking diversity and recognize it for what I think it is: humanity’s greatest strength…. On the album, Global Skies, I created music from my heart crying out for that new world.”

From 2002-2010, Cooper served as the executive director for World Rights, a non-governmental organization specializing in human rights and environmental issues. He was also a member of the Board of Directors of the Middle East Peace Civic Forum, a Washington, DC-based group established in association with the J. William and Harriet Fulbright Center. In 2016, he published a major article in Global Policy Journal about a new strategy for achieving a lasting Palestinian/Israeli peace. Obviously, Cooper is not someone just hoping or wishing for a better world - he has been devoting his life toward that goal, and I deeply admire and appreciate that! Thank you, Timothy Cooper!

The nine original pieces on the album are varied and reflect on a wide range of places and experiences. “My music is meant to please the listener, but it is also about a new worldwide call for action. It is about human liberation and freedom, renewal and resurgence, creating rather than destroying, and protecting our planet…. It is about humankind’s indomitable spirit and desire for a better world.” That says more about the music than any words I could write.

Global Skies begins with the sound of rain and thunder as the intro to “Singapore Sunrise,” which is symbolic of “the moment when love arises in a distant land, born out of storm and rain.” Over the seven-minute piece, many themes intertwine to tell the story. “Prague Horizons” reflects on the realization that “we can still expand the horizons in our minds with thought, dreams and imagination.” Upbeat with an optimistic energy, it’s a favorite. “Geneva Moonlight Rainbow” is a rhapsody about “the mystifying polarity of love” and the opposite effects that often accompany that deepest of emotions. The piece is often questioning, passionate and dramatic and appears on the album in two forms - a 6-minute version and a 14-minute reprise. The title track is about “overcoming prejudice by walking new pathways, crossing borders and making connections, integrating everyone into a new world.” A vibrant and heart-opening excitement runs throughout this piece. The smooth and lyrical “Jerusalem Dreamings” is about the dream of peace and is another favorite. “The Light After” is Cooper’s “anthem celebrating peace following the tragedy and ravages of senseless war. Peace is a gift to cherish and sustain. Peace is paradise on earth.” Amen.

Global Skies is an intense and powerful listening experience and is an album that reveals more of itself each time you hear it. May Timothy Cooper’s endeavors succeed beyond any of our wildest dreams! The album is available from Amazon, iTunes and CD Baby.
December 12, 2017
This review has been tagged as:
Kathy's Picks
Timothy's Website Timothy's Artist Page on MainlyPiano
Album Links
Amazon (referral)iTunes
This site contains affiliate links to products. We may receive a commission for purchases made through these links.
More reviews of Timothy Cooper albums 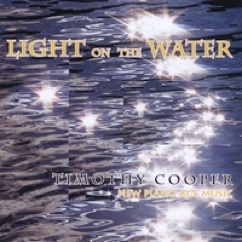 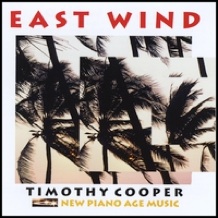