Timothy's Website Timothy's Artist Page on MainlyPiano
Album Links
iTunesAmazon (referral)
This site contains affiliate links to products. We may receive a commission for purchases made through these links.
Dragonfly
Timothy Crane
2010 / Bearcreek Recordings
39 minutes
Review by Michael Debbage
Many of you may think that Timothy Crane is a brand new name to the music scene and may even think that this is his debut album when in actual fact it is his sophomore effort. A long awaited follow up to his strong debut The Other Life I Dream, Timothy Crane continues to present his impressive compositions anchored in memorable piano driven melodies gently washed in light restrained orchestration.

Dragonfly consists of eleven original compositions that are for the most part short and concise with the exception of the lengthier and compelling “Theme For Rachel Scott”. Crane has the unique ability to combine memorable melodies by seamlessly integrating underlying elements of Classical music with all the basic fundamental themes that made mainstream New Age music so very popular. This integration is best exemplified by the breathtaking “Salish Sunset”.

Then there is the more challenging “Vasilissa The Beautiful” that has two very different faces. The first movement concentrates on a soft melancholy string arrangement with Crane’s piano leading the way. At about the two minute mark the more aggressive second movement arrives, with the percussion and electric guitar leading the way that drives the song home. Much more in the style of an early Yanni composition, “Vasilissa The Beautiful” almost sounds out of place and removed from the remainder of the album but it is perhaps a place that Timothy may want to further explore.

Crane admits that Dragonfly was created on a shoestring budget and while the arrangements are nothing short of brilliant the production does lack a certain sense of clarity. This is the only complaint of this beautiful and memorable album that contains absolutely no filler. Much like the wings of a dragonfly, Crane’s music is emotionally transparent as the artist wears them on his sleeve. Fans of Crane will not be disappointed with this long overdue follow up. Those of you not familiar with the name book a flight now and get on board as Dragonfly represents one of 2010’s more memorable recordings.
June 20, 2010
This review has been tagged as:
Michael's Favorites: 2010
Timothy's Website Timothy's Artist Page on MainlyPiano
Album Links
iTunesAmazon (referral)
This site contains affiliate links to products. We may receive a commission for purchases made through these links.
More reviews of Timothy Crane albums 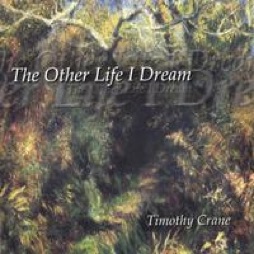