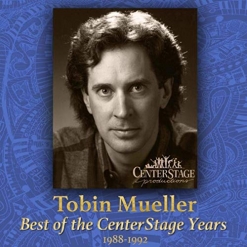 Tobin's Website Tobin's Artist Page on MainlyPiano
Album Links
Amazon (referral)iTunes
This site contains affiliate links to products. We may receive a commission for purchases made through these links.
Best of the CenterStage Years: 1988-1992
Tobin Mueller
2019 / Artsforge
150 minutes
Review by Kathy Parsons
Best of the CenterStage Years: 1988-1992 is a fascinating compilation of selections from the nine musicals by “Renaissance Man” Tobin Mueller. I have been reviewing Mueller’s music since 2005 and had heard a few songs from his musicals, but I am very honestly blown away by the scope, the variety of the music, and the research that went into each of these productions. Mueller spent a year remastering and digitizing his catalogue of musicals for this two-disc set. Disc 1 contains excerpts from his first children’s educational shows and Disc 2 is a sampling of the later CenterStage years when he was writing literature-based musical dramas, three of which were adapted and expanded for Off-Broadway in the mid-1990’s.

Children’s theater is often light and frothy - even silly - but Mueller’s musicals are well-researched, educational and presented in a manner that kids can relate to. To Save the Planet, Danger Dinosaurs, Music of the Planets and the other shows present environmental and historical information through the medium of music that is fun and catchy enough for kids to sing and remember - and to learn from. (I am also finding it to be tremendously enjoyable!)

To put this in perspective, in the 1980’s, Mueller was approached to create an educational musical for elementary school classroom use. At the time, he was composing orchestral music (symphonies and ballet) and progressive folk songs as well as accompanying his jazz-singer mother. He had never intended to write music for kids, but the success of his first educational show, Music of the Planets (based on standard 4th grade curriculum material), resulted in his teaming up with Kim Vanderhyden and forming CenterStage Productions, a company dedicated to integrating music into the classroom. Vanderhyden was associated with a large national school supply company and thought performing the musicals at national supply shows would help sales. The resulting touring troupe, The CenterStage Players, became an instant success and had invitations to perform all over North America. As the troupe matured, so did the level of the music Mueller was composing for them.

To Save the Planet (1991) was the turning point in the evolution of CenterStage. Having achieved international notoriety, the play caught the attention of the United Nations and the troupe was invited to perform on the floor of the UN Assembly. Mueller invited several NYC producers to the performance, but getting the attention of one was all it took, and the following year, To Save the Planet was filmed and the first of Mueller’s musicals was being staged Off- Broadway. Mueller continued to participate in UNEP’s environmental activities and he and The CenterStage Players were inducted into UNEP’s Global 500 Roll of Honor in 1994.

Mueller not only wrote the music, book and lyrics for each show, he directed, choreographed and recorded all of the background music as well. He eventually handed off the touring duties to others and changed his focus to more adult themes. Robin Hood was adapted for adults and retitled Freedom’s First Light (1994). Frankenspell Superstar had two adaptions: Creature: The Man-Made Messiah (1995) and then Creature (1997). Mueller went on to write additional musical dramas unrelated to CenterStage, including Runners In A Dream (2005) which is set in the Holocaust. He has also released more than twenty albums since then, ranging from jazz to classical to progressive rock.

Best of the CenterStage Years is the only compilation of Tobin Mueller’s musicals available in CD format. The full album and individual songs are also available in digital format. Teachers and directors who would like to perform any of these shows are encouraged to contact Mueller directly via his website as he will be able to supply the background music, etc. Lyrics and liner notes (and a whole lot more!) are also available on Mueller’s website. The album is available for sale on Amazon, iTunes and CD Baby as well as many streaming sites. Prepare to be impressed!

November 5, 2019
This review has been tagged as:
Kathy's Picks
Tobin's Website Tobin's Artist Page on MainlyPiano
Album Links
Amazon (referral)iTunes
This site contains affiliate links to products. We may receive a commission for purchases made through these links.
More reviews of Tobin Mueller albums 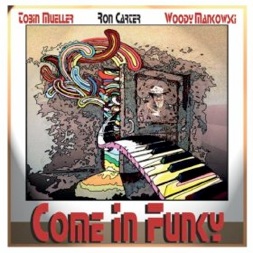 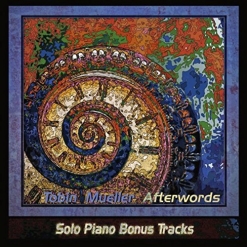