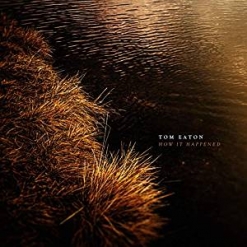 Tom's Website Tom's Artist Page on MainlyPiano
Album Links
Amazon (referral)iTunesSpotted Peccary Music
This site contains affiliate links to products. We may receive a commission for purchases made through these links.
How It Happened
Tom Eaton
2019 / Spotted Peccary
71 minutes
Review by Kathy Parsons
How It Happened is Tom Eaton’s first release on the Spotted Peccary label. Eaton is perhaps best-known for being the extraordinary engineer and a co-producer at Will Ackerman’s Imaginary Road Studio, but he has also released several albums of his own music that were recorded in his Universal Noise Storage studio in Massachusetts. A multi-instrumentalist in his own right, Eaton tells his musical stories with a mix of piano, guitar and synthesizers. In the process, he has created an atmosphere of shimmering beauty and peaceful reflection.

Eaton describes the album: “My prior albums have had some rhythmic elements and this album has no time-keeping percussion at all. Probably makes the album a little more introspective and slightly less ‘pop’ influenced. I have always written driving stuff and floating stuff. This collection is more on the floating side. As my life progresses the music reflects where I am, so it’s always going to be different but I am not steering it. My music is an outlet for my emotions, always born out of improv rather than thought about. That great Vangelis quote always seems to make sense to me… ‘I act as a channel through which music emerges from the chaos of noise.’ It feels like that most of the time.”

How It Happened begins with “Ice,” a glistening but very chilly exploration of the nature of large bodies of ice - glaciers, a massive freeze, etc. (my interpretation). Mostly very still with occasional slow movement and flashes of light, it paints a very vivid picture and sets the tone for the album. “An Unexpected Opening” moves along at a very relaxed pace, allowing time to look around and soak up the peaceful surroundings of your own imagining. Gently hypnotic, it provides a soothing massage for the mind. “Mk, and How It Happened” has a sound that’s as mysterious as its title. With the piano beautifully leading the way, the grace and unhurried tempo of the music make it a very easy piece to lose yourself in. Pedal steel guitar, atmospheric sounds and even a bit of accordion mix to make this one of my favorites. “The Slow River” evokes a variety of images, but it makes me think of a wide, major river at night, moving steadily and leisurely with light dancing on the surface of the water. At almost 9 1/2 minutes, there is plenty of time for the music to cast its spell of lazy purposefulness - very relaxing! “Later, At Night, By the Lake” takes that feeling of relaxation to the next level, bringing images of the gentle movement of a large body of water reflecting the light of the moon and stars in its quiet ripples. “Genezen” is the Dutch word for “to heal” or “to cure,” and this 13-minute piece can ease the tension and stress right out of your system with its slow pulse and many open spaces. “The Fog and the Lifting” comes close to having a piano melody along with choral voices and other ambient instrumentation. Eaton magically expresses the soft, floaty feeling of being in a dense fog and the way sounds sometimes gently echo - also a favorite. “Until Her Eyelids Flutter Open” is another interesting title! The nearly 14-minute closing track is perhaps the most ambient piece on the album, possibly expressing the blissful feeling of a deep and peaceful sleep.

After listening to How It Happened several times, it is obvious that the technical wizardry Tom Eaton applies to his work with other artists is tempered with the soul of a true artist. The album is available from SpottedPeccary.com, Amazon, iTunes and many streaming sites.

June 3, 2019
This review has been tagged as:
Kathy's Picks
Tom's Website Tom's Artist Page on MainlyPiano
Album Links
Amazon (referral)iTunesSpotted Peccary Music
This site contains affiliate links to products. We may receive a commission for purchases made through these links.
More reviews of Tom Eaton albums 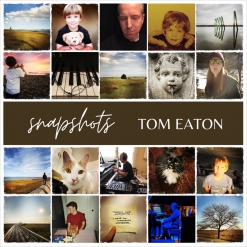 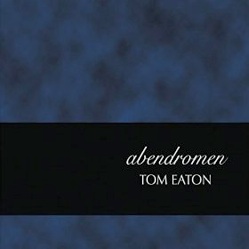