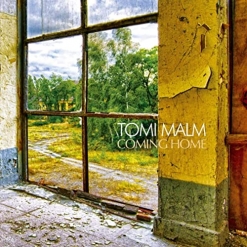 Tomi's Website Tomi's Artist Page on MainlyPiano
Album Links
Amazon (referral)Contante & Sonante
This site contains affiliate links to products. We may receive a commission for purchases made through these links.
Coming Home
Tomi Malm
2020 / Contante & Sonante
72 minutes
Review by Michael Debbage
It has been 3 years since we soared and raved over Tomi Malm’s solo debut album Walkin’ On Air that one has to wonder what next after releasing such a strong solo debut? Needless to the say the stellar production and some of the same players and vocalist remain and so do the top shelf compositions. But did Tomi Malm play it safe and repeat himself or did he risk stepping out? The answer is yes to both questions with Coming Home bringing the familiar and also a new forte of styles that have only added even greater value to Malm’s follow up release.

So, we revisit his debut by starting off the album with another instrumental song but unlike the jazzy moody instrumental “Kuwakaribisha” from the debut, the new release starts with the snappy R&B feel of “Second Wave”. Speaking of instrumentals, this is where Malm has been more “vocal” this time around by extending his repertoire in this area. This especially so, if you include what appears to sound like the wordless vocals of ZoSia on the bouncy optimistic “Na WeWe (With You)” that is actually of lyrical content sung in Swahili. That said, it is followed by the rather progressive “Solaris”, though the complex arrangements of earlier Earth, Wind & Fire come to mind. However, Malm’s most progressive moments are found on the 10 minutes plus multi movements of “Freefall” that is clearly Malm’s most ambitious recording to date. For those of you that remembered and enjoyed the jazz fusion of Deodato, then that will give you some idea of what to expect.

Otherwise, the remainder of Coming Home, as the title would suggest, brings the pleasures and peace of coming home to something familiar and fulfilling. While there is much to rejoice about with regard to Tomi’s follow up, the highlight reel includes the mid-tempo “Come Away” featuring Bill Cantos that is immediately followed by gorgeous “When You’re Gone” co-written by Cecily Gardner with the soulful vocals of Andreas Aleman. Tomi Malm is not afraid of seeking composition assistance from friends in high places such as the Jeremy Lubbock penned “Without You Saying a Word” sung by the underrated Marilyn Scott. Needless to say, influences of David Foster can be heard here. Yet still this beauty is outdone by the Michael Haddad’s composition “The Time Is Now” featuring the late great Warren Wiebe duetting with Wendy Moten and of course Malm’s amazing arrangements.

Closing out with Malm’s collaboration with the Randy Goodrum’s on the highly reflective and poetic “Hearts In Phase”, Malm’s does well to counter the musical mood through out the album with more upbeat moments such as the toe tapping “Two Hearts” and “I Got You”. But if we keep rambling, this review will quickly become a track by track breakdown. The reality is that this is no sophomore jinx along with no filler and simply put another stellar recording from the phenomenal Tomi Malm. If Coming Home has not yet found a home in your music collection then it is time to rectify this as every home should have one!!! 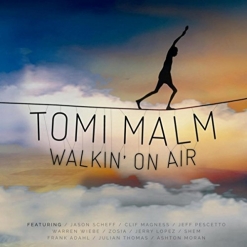