Trevor's Website Trevor's Artist Page on MainlyPiano
Album Links
Amazon (referral)iTunes
This site contains affiliate links to products. We may receive a commission for purchases made through these links.
Mind Heart Fingers
Trevor Gordon Hall
2014 / Trevor Gordon Hall
45 minutes
Review by Michael Debbage
Trevor Gordon is not without peers such as Andy McKee and the singer songwriter Newton Faulkner who incorporate percussive rhythms via the use of their guitar. What does separate Hall from his peers is that he has managed to attach a modified kalimba to his guitar allowing for unusual combination of sounds that are intricate and intriguing but never at the risk of losing the heart of the song.

For those of you not familiar with the kalimba it has been prominently featured on the popular interludes of Earth Wind & Fire back in their heydays, and while adapted to be attached to his guitar it allows for a most unusual pairing. Though Hall’s debut recording Portraits of Imagination was released back in 2005 it wasn’t until his 2011 release Entelechy that Hall fully realized the potential of such an odd yet wonderful combination. Nevertheless, Hall decided to keep the momentum going and brought in Will Ackerman and Tom Eaton to assist on the production aspect. Hall does not overuse his “kalimbatar” and as a result there are twelve recordings including the concise and short intro that are captivating with absolutely no filler to be found.

Clocking in at over 45 minutes of brilliance, Trevor Gordon Hall continues to focus on the heart of the song versus technical overkill which may explain the title Mind Heart Fingers. If you enjoy this very special recording that has the ability to be peaceful yet never passive then you just might not only be looking forward to Hall’s next release but also digging around for his prior four recordings.
February 1, 2015
This review has been tagged as:
Guitar musicMichael's Favorites: 2014
Trevor's Website Trevor's Artist Page on MainlyPiano
Album Links
Amazon (referral)iTunes
This site contains affiliate links to products. We may receive a commission for purchases made through these links.
More reviews of Trevor Gordon Hall albums 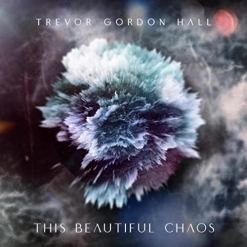 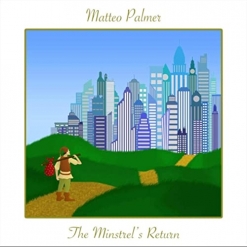