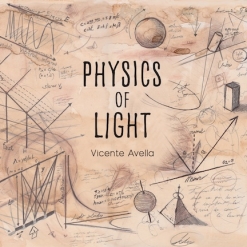 Vicente's Website Vicente's Artist Page on MainlyPiano
Album Links
Amazon (referral)Apple/iTunesSpotifySongbook Review
This site contains affiliate links to products. We may receive a commission for purchases made through these links.
Physics of Light
Vicente Avella
2022 / Pandora's Boombox
54 minutes
Review by Kathy Parsons
Vicente Avella's third full-length album, Physics of Light, is nothing short of a masterpiece. All sixteen tracks are original piano solos that revolve around light, the physics of light, how it  behaves, its qualities and properties. Quoting Avella: "I went about creating the music in this album in a way that would remain truthful and respectful to the science. That being said, I am not a scientist nor a physicist so the result is more of a reflection of my own life experiences as seen through the physics of light." Avella recorded the album at home on his own Boston grand piano and the sound quality is rich and colorful, the playing deeply expressive. Avella dedicated the album to his 8-year-old son, Lucas: "my young scientist, a kid with an inquisitive mind, filled with so much curiosity that some of it just rubbed off on me, opening up the streak of curiosity that led me to the creation of this album."

Born and raised in Caracas, Venezuela, Vicente Avella came to the US after being accepted in the piano performance program at Indiana University. He released his first album, All the Days of My Life, in 2013 and the second one, Rising, in 2018, and both albums won several prominent awards. Avella has scored many films and television programs, is a liturgical musician in the Los Angeles area, and is an instructor at Berklee College of Music's Online Extension and an adjunct faculty at Antelope Valley College. He earned his Bachelor's Degree in Piano Performance from Indiana University and his Master's in Music Composition at the Eastman School of Music.

Physics of Light begins with "Light Particles," a delicate, gentle piece that seems to sparkle and dance lightly on air - a very beautiful beginning! "Radiance" is much faster and is often played in the upper octaves of the piano, suggesting a bright, glowing quality even when it ventures down to the lowest notes on the piano near the end of the piece. On "Where Light and Shadow Meet," Avella very effectively uses the piano's dampers to create a mysterious feeling of isolation and darkness - a favorite. "Oscuro" translates as "dark," and the piece with that title is very dark, indeed. The use of dissonance in places along with crossovers into the deep bass of the piano very effectively heighten the disturbing quality of the music - I really like this one, too! "Resistance" begins slowly and gradually increases both speed and energy. It sounds like the piano is lightly felted on "Color Spectrum," giving it a softer sound. Very spare and expressive, this one is almost haunting. "Penumbra" is defined as "the partially shaded outer region of the shadow cast by an opaque object," so it is no surprise that the piece is mysterious and "shadowy." The left hand conveys a sense of urgency while the right is more ambient, and then the music just fades out at the end - another favorite! The "Umbra" is the innermost and darkest part of a shadow, and the piece with that title is very powerful and dramatic, perhaps expressing the darkest shadows of the mind or of life itself. The last notes just hang for a brief period before the music segues into the bright and almost frenetic "Infrared" - a fascinating study in contrasts! "Visible Light" brings the album to a close with a slower, steady tempo and a quiet melody. What an amazing album!

Physics of Light is available from Amazon, Apple Music/iTunes and many streaming sites including Spotify. Very highly recommended! 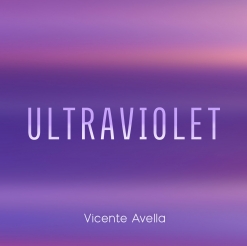 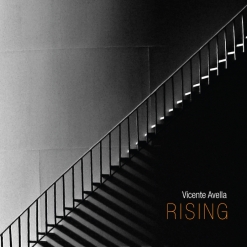