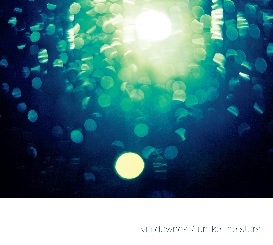 Vin's Website Vin's Artist Page on MainlyPiano
Album Links
Amazon (referral)iTunes
This site contains affiliate links to products. We may receive a commission for purchases made through these links.
Unlike the Stars
Vin Downes
2014 / Riverwide Records
55 minutes
Review by Kathy Parsons
Unlike the Stars is the third release from fingerstyle guitarist and composer Vin Downes, and what a beauty it is! Downes’ first two albums were independent releases, but this one became a dream-come-true for Downes when the opportunity arose to write and record with Grammy Award-winning producer and fellow guitarist Will Ackerman at his Imaginary Road Studios in Vermont. Several of the eleven tracks are solo acoustic guitar and some have contributions from Ackerman, Eugene Friesen, Tom Eaton, Tony Levin, and David Watson.

Downes began his guitar studies at the age of eleven - at first with electric guitar, but when he started listening to Windham Hill guitar samplers, he changed to acoustic. Strongly influenced by the Windham Hill artists of the late 1980’s, Downes went on to earn a degree in classical guitar performance and music eduction at William Paterson University in New Jersey. He has been an award-winner in the Great American Song Contest and several of his pieces have been used in the soundtrack for the PBS series Roadtrip Nation.

Unlike the Stars begins with “Where I Began,” a gentle, introspective piece that seems to reflect on simpler and more carefree times in life, setting the mood for a great hour of music. Tony Levin appears on bass in this piece, but his part is very subtle. “Riverbend” would be perfect in a soundtrack, evoking images of rural life on a river - a slice of musical Americana. I really like “Dark Blue Wind,” which is more introspective and melancholy - a beautiful and emotional exploration. “Departure” includes Ackerman on guitar and Levin on bass, suggesting musical images of simpler and more innocent times and places. The title track is a quiet and poignant duet for guitar and cello (Friesen) - another favorite! There are two versions of “Window, Looking Back.” The first is a duet with David Watson on flute and the second is solo guitar - both are gorgeous! “Unweaving” picks up the tempo a bit for a more light-hearted first movement; the second movement becomes somewhat more stately but is far from stiff or formal; the third returns to a carefree, easy-going mood - love it! There are also two versions of “Turning Years”: a lightly jazz-flavored duet with Watson on alto flute and an alternate solo guitar mix that is soothing, relaxed, and contented - a perfect ending for a wonderful guitar album!

I expect Unlike the Stars to be the break-out album for Vin Downes, a great musical storyteller who has no need for words. The album is available from vindownes.com, CD Baby, Amazon, and iTunes. Very highly recommended!
February 2, 2014
This review has been tagged as:
Guitar music
Vin's Website Vin's Artist Page on MainlyPiano
Album Links
Amazon (referral)iTunes
This site contains affiliate links to products. We may receive a commission for purchases made through these links.
More reviews of Vin Downes albums 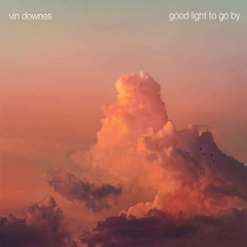 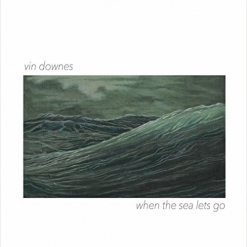