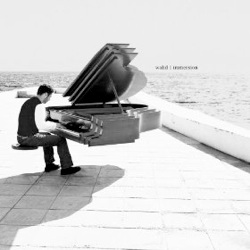 Walid's Website Walid's Artist Page on MainlyPiano
Album Links
Amazon (referral)iTunes
This site contains affiliate links to products. We may receive a commission for purchases made through these links.
Immersion
Walid Nahas
2011 / Waldo Music
38 minutes
Review by Kathy Parsons
Immersion is the debut CD by composer/pianist Walid Nahas, and what an impressive beginning it is! Classically-trained from the age of nine, Walid’s life has always revolved around the piano, and the emotional intensity he brings to his music is mesmerizing. Having an exceptional technique and the ability to play and compose from the depths of the soul is a breath-taking combination, and Walid is such an artist. Born in Lebanon, Walid and his family moved to Montreal when he was thirteen. Some of his pieces have a Middle Eastern flavor, but most of the music is universal with a strong classical influence - passionate and very intense. There aren’t too many albums that grab my attention immediately, but both of Walid’s albums have had that effect on me and I can definitely see him becoming one of my favorite artists. One or both of his albums will be on my list of Favorites for the year.

Immersion opens with “Des chemins incertains (Uncertain Paths),” a piece that makes me think of Erik Satie. Dark, melancholy, and very haunting, it’s a powerful beginning. “Au-dela des discours (Beyond Words)” has a rapidly-flowing series of broken chords on the left hand while the right hand plays a graceful melody that overflows with longing. “Andrea” is a warm and tender love song that becomes more impassioned as it evolves - an emotional powerhouse! The slow, bittersweet grace of “Resonance” evokes feelings of nostalgia and reflection - a favorite. A stirring rhythm in the deep bass of the piano and an exotic, Middle Eastern-tinged melody make “D’armes en larmes (Weaping Weapons)” an unusual and very effective favorite! “A l’unisson (In Unison)” has a strong energy that conveys excitement and exhilaration - a spirit that unity often inspires. “Jusqu’au bout des doigts (Fingertips)” expresses a wide range of feelings from tenderness to dark drama to joy, all flowing seamlessly from one mood to the next . “Se pardonner (Forgiveness)” has the warmth and grace of a strong, lingering hug - also a favorite (I know, I have a lot of favorites!). “Liberer nos douleurs (Pain Free)” is very spare, saying so much with a minimum number of notes. “Destin d’immigres (Immigrant’s Destiny)” closes the album in lighter a mood and seems to be telling a story. Building to an impassioned ending, this piece obviously has a very personal meaning to the composer.

Immersion is a stunning and very promising debut and is available from walidpianosolo.com, Amazon, and iTunes. Very highly recommended!
November 22, 2012
This review has been tagged as:
Debut AlbumsKathy's Favorites: 2012
Walid's Website Walid's Artist Page on MainlyPiano
Album Links
Amazon (referral)iTunes
This site contains affiliate links to products. We may receive a commission for purchases made through these links.
More reviews of Walid Nahas albums 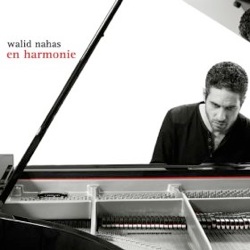