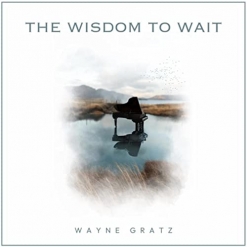 Wayne's Website Wayne's Artist Page on MainlyPiano
Album Links
Amazon (referral)Apple/iTunesSpotify
This site contains affiliate links to products. We may receive a commission for purchases made through these links.
The Wisdom To Wait
Wayne Gratz
2021 / WGM
59 minutes
Review by Michael Debbage
It has been two decades since Wayne Gratz released his last Narada supported album A Place Without Noise. That was 2 years prior to the demise of the label, keeping in mind that he was one of the early additions beyond the two building blocks of David Lanz and Michael Jones in the mid 80’s. In fact, Wayne Gratz’s debut Reminiscence back in 1989 was one of this reviewer’s very first cds. So with that slight bias disclaimer announced, Wayne Gratz has continued to record unassuming music where less is clearly more with his gentle rhythmic melodies sparsely sprinkled with light synthesized string embellishments.

His latest recording The Wisdom To Wait continues to encapsulate the above winning formula but never at the expense of diminishing the rewards of the music he creates. With a total of 14 song covering 59 minutes, Gratz’ soft and unassuming piano work continues to impress and improve like a fine wine looking for that exact balance of “sweetness, acidity and tannin” resulting in a thoroughly enjoyed pallet of music. And frankly a glass of wine while listening to any of Wayne Gratz’ recordings would not be out of line. Though romantic and charming over the decades, Wayne has never chased after the emotional jugular but works perfectly in the shades yet warmth of his understated performances but never at the expense of being sleepy or boring.

To pick out any highlights from this close to one hour performance would be a task but if pressed the light vocoder like vocal effects on “A Voice In The Ocean Breeze” comes to mind. The rolling rhythm of Wayne’s piano work along with the haunting embellishments leaves you imagining you softly sailing over silky smooth salty seas into a sinking sunset in a small sailboat. Equal to the task is the slightly more robust piano work perfectly countered by the similar ethereal effects on “Beautiful Earth”. He does not hesitate to go it alone with just him and his piano on several tracks with equally impressive results. Though well packaged and produced, buying beware that the CD version is being released as a CDR but better that than a download only option!!!

Wayne Gratz is clearly in the zone and has truly fully grasped his craft so much so that it is frankly very difficult to find a weak link on this top shelf album. So if you enjoyed 2017’s An Eagle’s Zen you will be really smitten by The Wisdom To Wait. Fortunately, Wayne Gratz has the wisdom to stay in his pocket creating a delightful recording that would chart very high as one of his better recordings.

February 20, 2022
This review has been tagged as:
Latest ReviewsMichael's Picks
Wayne's Website Wayne's Artist Page on MainlyPiano
Album Links
Amazon (referral)Apple/iTunesSpotify
This site contains affiliate links to products. We may receive a commission for purchases made through these links.
More reviews of Wayne Gratz albums 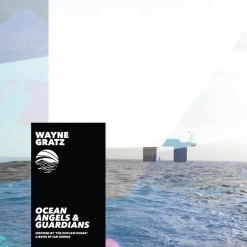 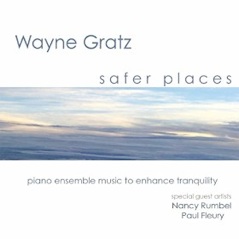 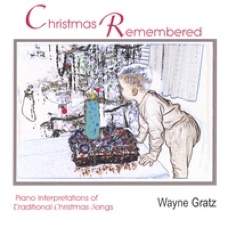