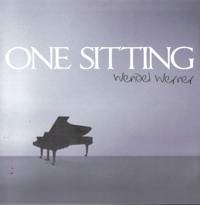 Wendel's Website Wendel's Artist Page on MainlyPiano
One Sitting
Wendel Werner
2006 / Wendel Werner Music
39 minutes
Review by Kathy Parsons
I think I’ve found my top-favorite album for 2006! One Sitting is jazz pianist Wendel Werner’s follow up to last year’s solo piano debut, “Loss.” Classically-trained from a young age, Werner switched majors after his sophomore year of college to jazz piano, and also earned a Masters’ in choral conducting with an emphasis in musicology. A teacher at the college level, Werner is in constant demand as a choral and theatrical director, as well as a performer both solo and with other musicians. It is dizzying to read his biography and “Wendelisms” on his website, and also truly inspiring. One of the things I really like about One Sitting is that the music alternates between upbeat “cut loose” pieces and slower, more introspective mood music. The recording was made literally in one sitting, and feels very much like a live performance without the distracting coughing and tinkling drink glasses in the background. All but one of the tracks are original pieces, and all eight tracks are great.

The CD opens with “6 AM,” a straight-ahead jazz piece with a killer left hand bass. Composed while warming up his hands for an early-morning gig with his jazz choral group, this piece really cooks. If it doesn’t get your toes tapping and your head bobbing, you’re probably dead! “Concord” describes the feeling of parting from a group of friends when leaving a church musician job after seven years. Much quieter and more reflective, you are already amazed at this artist’s musical range. “Aint That Good News” is a choral spiritual that is given a different take as a piano solo. Full of energy and joy, it’s infectious. “The First Tango” is slinky and exotic. Very slow and sultry, the graceful melody is accompanied by a hypnotic bass. Beautiful! “Mr. Richards” is a tribute to Werner’s high school band teacher and the impact he had on his life. “The Gospel According to Zeena” is a tribute to one of Werner’s former students, who was forced to start over when the college she was attending in Saudi Arabia was bombed by the US military. She didn’t show any signs of bitterness despite being uprooted, and her attitude and kindness moved Werner deeply. He created a gentle and touching musical portrait of her that really picks up the tempo in the last couple of minutes. Fascinating! “For Don and Shelley” was commissioned by the music director of the church where Don is pastor, a gift for him and his wife. Quiet and reflective with some gospel touches here and there, it’s an elegant and soulful piece. And then there is “Pine Street Stomp,” my favorite track on this incredibly good album. Bluesy and fun, it has a strong walking bass line and a right hand that’s all over the place. Werner makes it sound effortless, but the man can really play!!! What a great way to end the CD! More more!!!

One Sitting is nothing short of spectacular! Give yourself a treat, and check it out at wendelwerner.com. You can also email Wendel at wendelwerner@hotmail.com for purchases. Very highly recommended!
October 4, 2006
This review has been tagged as:
JazzKathy's Favorites: 2006Kathy's Top 40 for the Decade (2000-2009)
Wendel's Website Wendel's Artist Page on MainlyPiano
More reviews of Wendel Werner albums 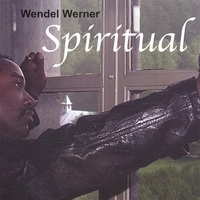 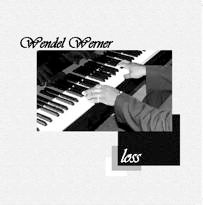 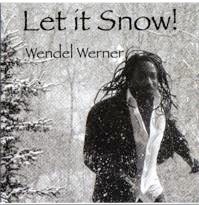