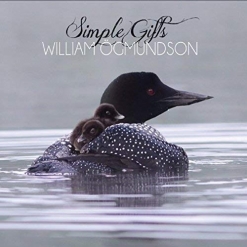 William's Website William's Artist Page on MainlyPiano
Album Links
Amazon (referral)iTunes
This site contains affiliate links to products. We may receive a commission for purchases made through these links.
Simple Gifts
William Ogmundson
2018 / William Ogmundson
45 minutes
Review by Kathy Parsons
Simple Gifts is an outstanding solo piano album by William Ogmundson, an award-winning and EMMY-nominated composer and lyricist who is also a classically-trained pianist. This album is his sixth release and contains eleven original pieces and two covers/arrangements. The music is melodic, very expressive and beautifully played, and with the exception of two small edits, the album was recorded live. Many of the pieces seem to be telling stories, which really isn’t surprising with Ogmundson’s theater background, but he does it so well! Even the cover artwork is exceptional with photographs by Kittie Wilson, Ogmundson’s third grade teacher. I’m quite certain that Simple Gifts will be one of my Favorite Albums of the Year in a year overflowing with great music.

Ogmundson began performing at the age of 5 and went on to win numerous piano competitions. He has performed in a very impressive list of venues throughout Europe and North America, including Notre Dame Cathedral in Paris and St. Peter’s Basilica in the Vatican, where he was the organist for a Sunday morning mass. He has also written numerous musical scores for the stage and television, many choral anthems and hundreds of songs. His musical, Kindness and Cruelty, premiered Off Broadway in February 2018 and was nominated for Best Score in the New York Theater Festival. I was able to see Ogmundson perform at the Whisperings Discovery Concert in Bellevue, WA earlier this year and was extremely impressed, so I’m delighted to be reviewing his music!

Simple Gifts begins with “Belladonna,” a tender and very gentle ballad that caught my attention with its sweetness and innocence. It builds to a more powerful middle section and then calms. “Simple Gifts” is a lyrical and graceful solo piano arrangement of the Shaker song that dates back to 1848 - a beauty! The carefree “Forever Drifting” is the lighthearted expression of a free spirit. “Pharaoh’s Horses” was composed based on a painting by Ogmundson’s great-grandmother and refers to the Old Testament story of Moses parting the Red Sea so the Israelites could pass through. The Pharaoh was to follow, only to have the Red Sea swallow him up. The painting pictures the moment when Pharaoh’s horses realized that they were going to drown. The music expresses sadness, perhaps tragedy, and features some beautifully intricate runs on the piano that likely represent the water - I love it! “Twilight in Budapest” is another favorite. A slow, haunting waltz, it brings vivid images of an ancient city with many dark tales to tell. “Icelandic Lullaby” is a solo piano arrangement of an old Icelandic piece. The simple melody is poignant and very haunting, and you can almost feel a chill blow off of the bright notes in the upper treble of the piano. I love this one, too! “Lux Aeterna” is stately and majestic - perfect in its brevity. “Heather’s Song” is a love song - sweet, sincere and from the heart. “Dance of the Fairies’ begins in the upper registers of the piano - light and very magical. As it evolves, it moves down the piano, becomes very powerful and dramatic in the middle and trails off at the top of the keyboard to bring this superlative album to a close.

I’m really looking forward to backtracking a bit to discover some of William Ogmundson’s earlier work! Simple Gifts in available from www.WilliamOgmundson.com, Amazon, iTunes and CD Baby. I give it my highest recommendation!

September 14, 2018
This review has been tagged as:
Kathy's Favorites: 2018Kathy's PicksWhisperings 2018 Album of the Year Nominees
William's Website William's Artist Page on MainlyPiano
Album Links
Amazon (referral)iTunes
This site contains affiliate links to products. We may receive a commission for purchases made through these links.
More reviews of William Ogmundson albums 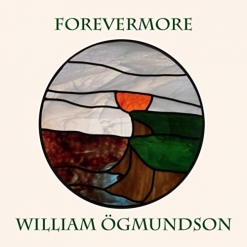 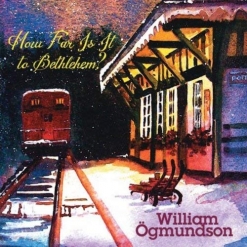