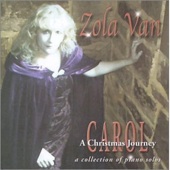 Zola's Website Zola's Artist Page on MainlyPiano
Album Links
Amazon (referral)iTunes
This site contains affiliate links to products. We may receive a commission for purchases made through these links.
Carol: A Christmas Journey
Zola Van
2003 / Really Big Shoes
54 minutes
Review by Kathy Parsons
When I slipped Carol: A Christmas Journey into my CD player, I expected to hear a collection of the usual Christmas pieces and carols with Zola Van’s inspired solo piano interpretation. She had told me that this album was going to be different, and different it is! What sets Carol apart from other collections is the darkness and moodiness of the album. At first, it seemed almost bleak, but the more I listen, the more I hear the hope and anticipation in the music. Most of the carols are extremely old, going as far back as the twelfth century, and come from various European countries and traditions (one is Indian/Canadian). Van really did her homework on this album, researching the origins of the music as she collected the songs, and writing a short history of each piece in the liner notes. With all of the Christmas music I listen to and teach, I was amazed that I was familiar with only a small number of the carols, and because the collection is so unusual, I would think it would be easy to listen to it year-round without feeling silly about playing a Christmas album in, say, April while you’re preparing your taxes!

The three familiar carols are “Coventry Carol,” “Bring a Torch Jeanette, Isabella,” and “Silent Night,” all played lovingly true to the originals, but with fresh interpretations. “A Virgin Most Pure,” is a hauntingly beautiful carol that tells of the prophecy and of three journeys to Bethlehem. Van’s use of heavy chords in the deep bass of the piano accentuates the mystery and darkness of many of the pieces, this one included. “Children’s Song of the Nativity” is a bit lighter, full of innocence and questions about traveling to Bethlehem - how far is it? what will we do when we get there? - a very sweet vignette. My favorite track is probably the darkest one of all, “Huron Carol”. The words come from Huron droning, and were set to an Indian/Canadian tune by a Jesuit missionary who taught the Huron and Wendot in a wilderness outpost in Quebec. Van does an exquisite job with this piece - to the point that you can almost feel the chilling winds blowing through it. “The Boar’s Head Carol” is a bit lighter and more festive. “The Dutch Carol” comes from about 1599, and is delicate, melancholy,and very beautiful. “Ding Dong Merrily on High” is probably the most upbeat piece - a dance that servants and peasants would perform for their employers’ entertainment.

A very unusual collection of holiday music, Carol is certainly an antidote for too much Santa Claus. It makes you realize how far back our holiday traditions go, and the vastly different ways in which Christ’s birth has been celebrated over the centuries. Historically, this is a fascinating collection - I learned so much from the liner notes. Musically, it is a spiritual and introspective journey to hear these haunting melodies played with such care and emotion. Zola Van has done an outstanding job with this album. Just be aware that this is not a happy-go-lucky album of “Jingle Bells” and “Santa Claus is Coming to Town.” Carol is available from amazon.com and cdbaby.com.
December 1, 2003
This review has been tagged as:
Holiday Albums
Zola's Website Zola's Artist Page on MainlyPiano
Album Links
Amazon (referral)iTunes
This site contains affiliate links to products. We may receive a commission for purchases made through these links.
More reviews of Zola Van albums 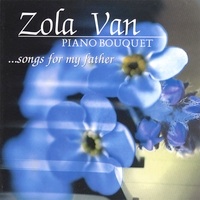 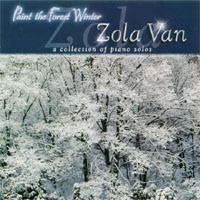 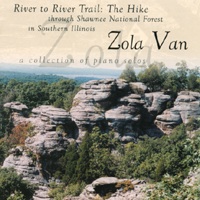