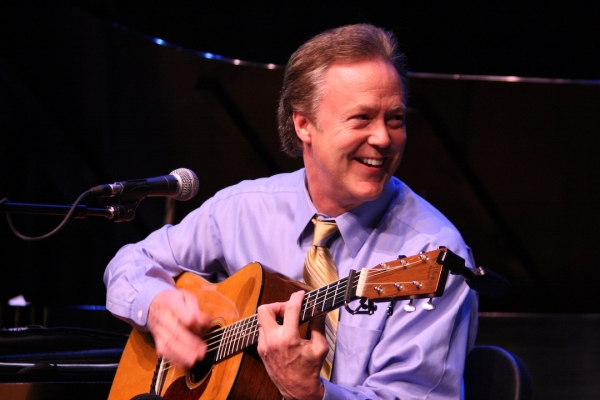 Bill Leslie is an artist that I've been very good friends with for many years but have never met. He recently released Celtic Peace, a wonderful album inspired by a trip to Scotland and the desire to create something beautiful in the wake of the pandemic. We talked about that album and several other things he's working on in this interview. Bill's earlier album, Scotland: Grace of the Wild, was named the 2013 Zone Music Reporter Album of the Year and his 2015 album, Across the Water was nominated for the same award. For more background about Bill's earlier life and career, check out this interview we did in 2008.


KP: Hi Bill! I was so surprised to discover that our last interview was in August 2008! How did so much time slip by? Anyway, how are things in North Carolina and how are you?


BL: Thank you, Kathy! I always love chatting with you. You ask such interesting questions. Life is going really well and I hope the same for you.


KP: Yep! Life is good here on the Oregon Coast!


You recently released Celtic Peace, an album you referred to as a product of the COVID-19 pandemic. How did that come about? 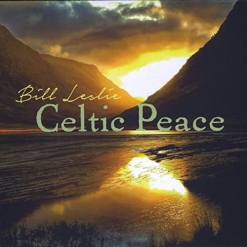 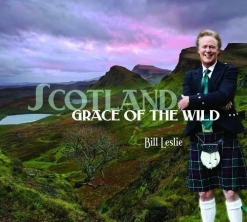 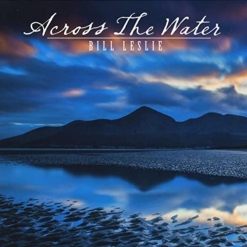 Click on album covers
to go to Kathy's reviews.
BL: 2020 was a bleak year in many ways. I wanted to diminish some of the darkness with new music. I took refuge in my studio for several months and came up with Celtic Peace. It was therapeutic and I was very happy with the new tunes that emerged.


KP: Do you have any special favorite pieces on that album?


KP: I just watched several of the videos you did for tracks on Celtic Peace. Did you do most of the photography for those?


BL: Yes, photography is one of my passions. People tell me I have a good eye. I probably inherited that from my father who was an artist. Plus, I worked for years in television and I still love to craft videos.


KP: That love shows, and it really makes the videos much more personal. How many videos are there for that album?


BL: I believe we are up to eight videos for Celtic Peace with four more to go to complete the album. I’m leaning on some friends for photographs to finish this project but they all seem to be excited about it.


KP: They should be!

Is it easier to put music to video or put video to music?


BL: It’s easier for me to put video to music but I would love to try it the other way around. My goal is to do some cinematic soundtrack work in the years ahead. I would like to find an agent who could help me get started. I love the creative process of sitting down and trying to come up with a section of music that fits a particular mood and style.


KP: You were (and maybe still are) creating several documentaries a year. Did you choose the music for those, too?


BL: Yes and no. We usually have a production team that collaborates on music selections for documentaries. Sometimes my music is the right fit and other times it is best to branch out to another artist, depending on the topic and mood of the documentary.


KP: Some of the music on Celtic Peace was inspired by a recent trip to Scotland. Your 2013 Zone Music Reporter Album of the Year Award was for Scotland: Grace of the Wild and you followed that album up in 2015 with Across the Water, inspired by a trip to Ireland. That one was also nominated for Album of the Year by ZMR. Obviously, that part of the world has a very strong tug for you. What draws you there? 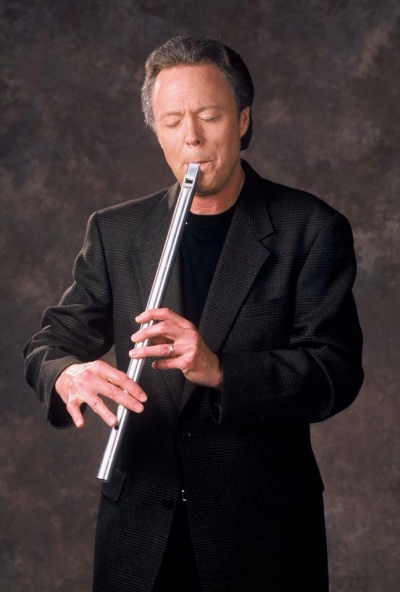 BL: More than anything else my music is inspired by places that I visit. Scotland to me is the most beautiful place in the world and Ireland is right up there! Many of my ancestors lived in Scotland and Ireland. I recently learned I have a fair amount of Welsh blood in my veins so I want to visit Wales soon.


KP: Hmmm. Maybe we're related! My dad's side of the family has some Scottish heritage and some of my mom's ancestors came from Wales and Scandinavia!

I love that Joseph Akins plays on Celtic Peace. He's such a great guy and a fantastic pianist! I've forgotten - has he played on any of your other albums?


BL: You are right about Joseph. What a wonderful guy and brilliant pianist! He also played on my Irish album Across the Water including three of the best tracks on that album, "The Boatman," "Lorica" and "Irish Girl." Joseph’s arrangements are always beautiful.


KP: Have you played on any of his albums?


KP: You released an album in 2019 called Storyteller that I haven't heard yet. Tell us about that album.


BL: I always wanted to do an autobiographical album with story songs about my life. I sang a lot in high school, college and beyond. Storyteller is a folk album of original songs. My band debuted the album in late 2019 with a sold-out concert, but before we could really get things going the pandemic hit. Eventually, I would like to take it on the road.


KP: You were a television news anchor in Raleigh, NC for a long time and recently retired. Congratulations! Do you miss that work?


BL: Thank you! I do miss the people and some of the work. Before I became a TV anchor I worked as a full-time environmental reporter. We broke major pollution stories that won a Peabody Award, which is considered the top national award in broadcasting. I miss doing environmental work and the wonderful friends I made at WRAL-TV. I don’t miss the crazy hours! 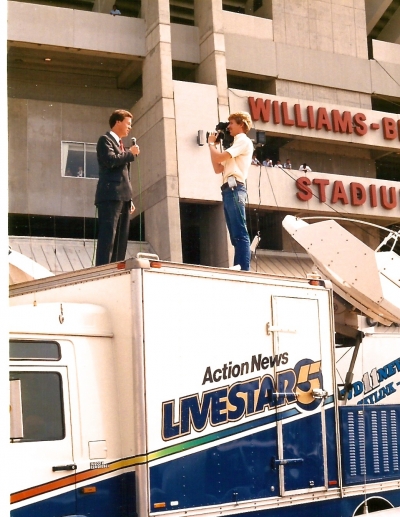 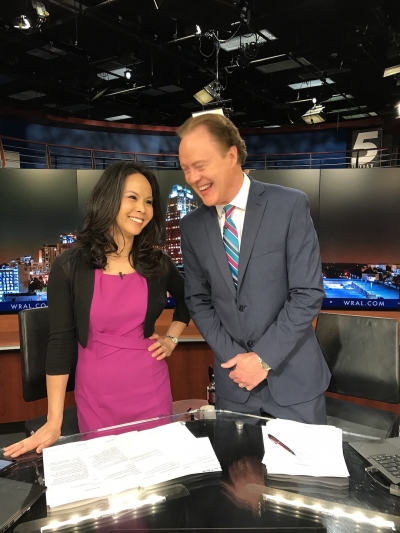 
KP: What are you doing with all of your new-found free time?


BL: I love the freedom to be a little lazy and to linger in leisure. My wife Cindy and I have coffee and conversation every morning and afternoon on our porch with our dog Rufus in my lap. We were never able to do that in my busy broadcasting days. We also love spending time with our family including four granddaughters. I also carve out creative time every day and try to write new melodies. My iPhone is loaded with lots of little melodies and ideas.


KP: So you're not sitting around watching game shows and eating bon-bons!

When did you start composing music?


BL: Fifth grade. It was right after a lady in church tapped me on the shoulder and said she liked to hear me sing. All I needed was a little encouragement.


KP: Which musical instruments do you play?


BL: Guitar, Celtic whistles, some flute, piano, and bass mainly. Someone recently gave me a dulcimer. I’d like to learn how to play it. I’d also like to learn the hammered dulcimer.


KP: Has music been a passion of yours for a long time?


BL: Yes, I can’t imagine life without music. It brings me incredible joy.


KP: Do you have any plans for your next music project?


BL: Perhaps an album inspired by a trip to Wales.


KP: Do you plan to resume live performances soon or are you going to wait and see how things go?


BL: I would like to resume live performances. My band is a little rusty. We have a lot of new songs to learn.


KP: How do you go about writing a new piece of music?


BL: I want each song to have a strong melody with room to grow, evolve and expand. I love instrumental songs that take the listener on a journey - a journey that includes changes in tempo, texture and mood.


KP: What has been your favorite of your twelve albums?


BL: That’s a tough one. Probably Scotland: Grace of the Wild with Celtic Peace a close second.


BL: Musically, (1) to write a soundtrack for a hit movie, (2) learn to play the piano really well and (3) do another concert with the North Carolina Symphony.


KP: Is there anything else you'd like to talk about?


BL: I would just like to thank you, Kathy, for all of your great work covering music over the years. You have been a tremendous voice of encouragement and guidance for many musicians. I am extremely grateful and I know many others feel the same. 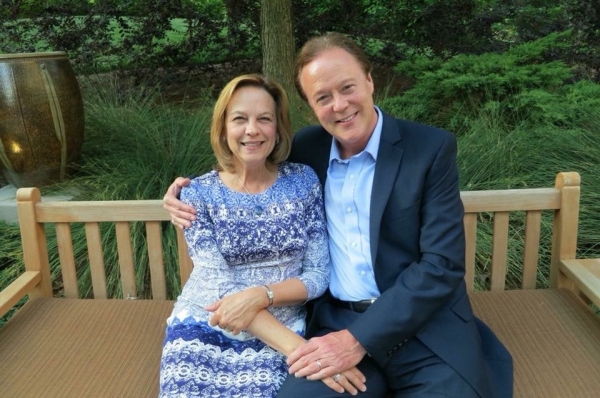 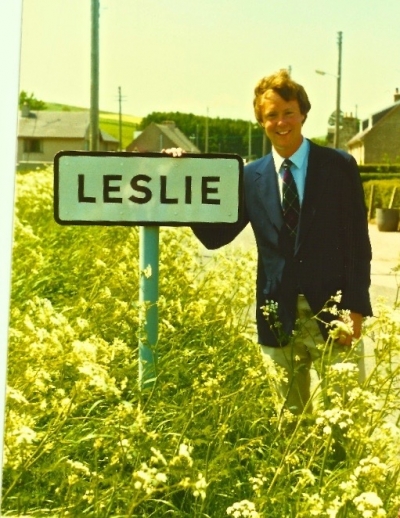 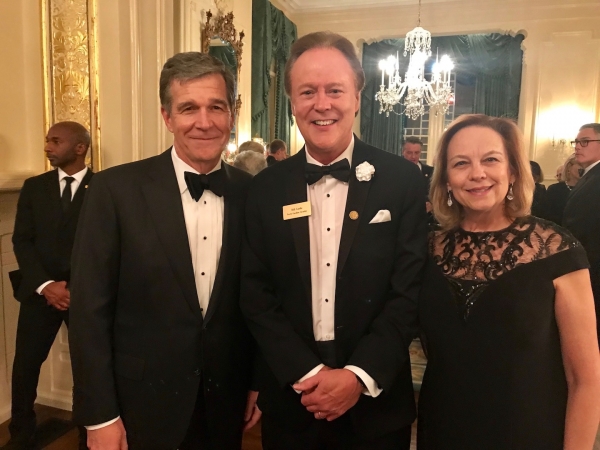 Many thanks to Bill Leslie for taking time for this interview! For more information about Bill and his music, be sure to visit his website and his Artist Page here on MainlyPiano.com.
Bill's Artist Page • More Interviews