Bill's Website Bill's Artist Page on MainlyPiano
Album Links
Amazon DigitalAmazon CDiTunes
This site contains affiliate links to products. We may receive a commission for purchases made through these links.
Across the Water
Bill Leslie
2015 / Capitol Broadcasting
42 minutes
Review by Kathy Parsons
Bill Leslie returns with the follow-up to his 2013 ZMR Album of the Year - Scotland: Grace of the Wild - with the equally-enchanting Across the Water. Inspired by a trip to Ireland, Leslie and his talented crew of instrumentalists take us on a magical tour of the Irish countryside and the land of his family’s ancestry. As an award-winning television news journalist, Bill Leslie has spent much of his professional life arranging and communicating with words, but as a composer/musician, he again demonstrates that he is just as adept at telling vivid and colorful stories without any words at all. The twelve pieces celebrate the places that deeply touched Leslie’s heart as well as his two sisters. Ten of the pieces are original compositions, three of which are new interpretations of songs Leslie wrote and recorded fifteen years ago with the Celtic fusion band Bragh Adair. The band of “merry minstrels” who accompany Leslie includes pianist/composer Joseph Akins - one of my favorite artists - who plays on nine of the tracks; Leslie very competently fills in on piano on the other three. Other instrumentation includes guitar, Celtic whistles and keyboard (Bill Leslie), bass, accordion, violin, cello, oboe, flute, harp and pipes - all performed by living, breathing musicians who do an exceptionally soulful and heartfelt performance on every track.

Across the Water begins with the title track, a wonderful piece that evokes picturesque images of a peaceful yet rugged countryside. Music is often very visual, but I haven’t run across many pieces that are as vivid as this one. “The Boatman” is a traditional Irish song with a very sad story to tell, and Nancy Green’s cello just about breaks your heart. “Connemara” lifts the mood to dreamy and misty. “Lorica” is one of the older pieces given a refreshing new makeover. This one is also very visual and seems like it would be perfect in a film soundtrack. “Gaelic Ghost” tells a “haunting” story without words that becomes more lively and upbeat as the story progresses. “Cloud of Witnesses” is another older piece given a new treatment. Strings, piano, accordion, guitar and whistles give this a light touch that almost dances - pure musical sunshine and contentment! “Gougane Barra” goes a bit darker, but expresses a gentle sense of tranquility. Bill Leslie and company close this excellent album with a heartfelt “Irish Blessing.”

Across the Water is very likely to win another round of awards for Bill Leslie and I guarantee that it will be on my list of Favorites for the year as well. I give it my highest recommendation.
September 15, 2015
This review has been tagged as:
Kathy's Favorites: 2015
Bill's Website Bill's Artist Page on MainlyPiano
Album Links
Amazon DigitalAmazon CDiTunes
This site contains affiliate links to products. We may receive a commission for purchases made through these links.
More reviews of Bill Leslie albums 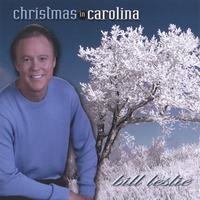 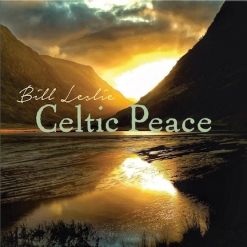