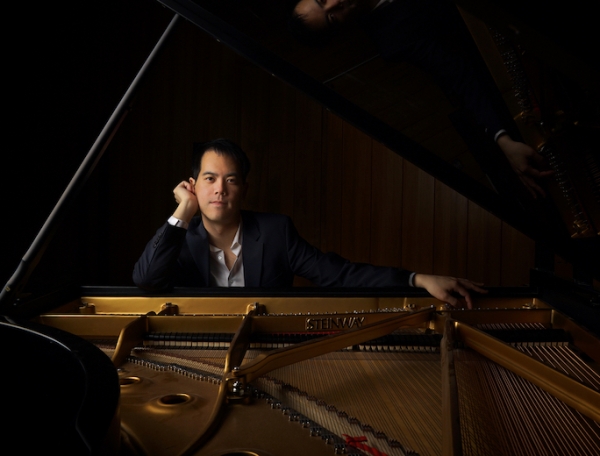 Dr. Frank Huang is an Associate Professor of Piano at Miami University in Oxford, OH. I was given the opportunity to review a couple of his albums and really enjoyed them! We have continued to correspond and I thoroughly enjoy his blog posts about various aspects of playing, practicing and performing piano music. I was thrilled when Frank said he would like to perform in my house concert series this year, and that will happen on July 14, 2019! I think you will enjoy getting to know a bit about him and his music!


KP: Hi Frank! Thanks so much for taking the time to do an interview with MainlyPiano.com! Other than the concert here, what brings you to the Pacific Northwest this summer?


FH: I am originally from Seattle, WA and usually make my visit to the PNW every summer to visit my folks as well as do some teaching and performing. This summer, my sister is getting married, so I am excited about that!


KP: I’m really looking forward to your concert here! What do you plan to perform - or do you know yet?


FH: Thanks, Kathy! I am excited to perform there as well. I will be performing Schubert’s Klavierstück, D. 946, No. 1 in E flat minor, a selection of works by Nikolai Medtner, and Frederic Rzewski’s Winnsboro cottonmill blues. A very diverse and exciting program—each composer and his set of works have an interesting story to tell and I am looking forward to sharing them!


KP: Wow! That sounds like a great program! I thought it was an interesting coincidence that you worked on your doctorate with Antonio Pompa-Baldi at the Cleveland Institute of Music. Mr. Pompa-Baldi has performed in concert at the Florence Event Center a couple of times, and I saw him the last time he was in town. How did you come  to study with him?


FH: I first heard of Antonio through his performances at the 2001 Van Cliburn International Competition and was absolutely blown away by his playing. As I was applying for doctoral programs several years later, I heard wonderful things from friends about him as a teacher. He has been an amazing mentor and I credit much of my musical and professional development to him. 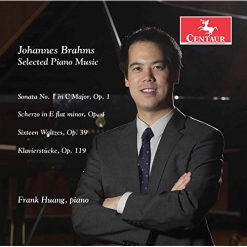 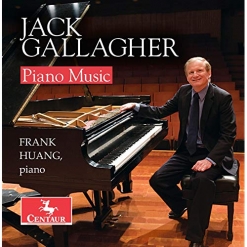 Click on album covers above
to go to Kathy's reviews. 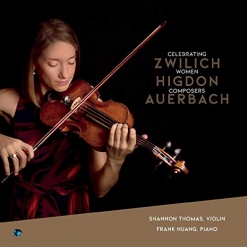 KP: I have reviewed two of your albums and they are quite different from each other. The first one I reviewed was Jack Gallagher: Piano Music, and the second was Johannes Brahms: Selected Piano Music. Both albums were released in 2016. Tell us a bit about those two recordings.


FH: Brahms has always been one of my all-time favorite composers. His melodies and use of harmonies captivate me all the time, so it was fitting that his music would be featured on my debut album. As for Jack Gallagher, the composer and I developed a wonderful friendship while we were both faculty members at the College at Wooster in Wooster, Ohio. He asked if I would be interested in collaborating with him in recording his piano works for Centaur Records. It was a wonderful partnership.


KP: It’s a really great album! More recently, you were the pianist on a chamber album Celebrating Women Composers. Tell us about that project and how it came about.


FH: Celebrating Women Composers was inspired by an idea to perform works by underrepresented composers, specifically music written by women. My violinist friend Shannon Thomas, who was my classmate at The Cleveland Institute Music and is currently an Assistant Professor of Violin at Florida State University, and I worked together in selecting repertoire by Jennifer Higdon and Lera Auerbach, some of the most accomplished women composers in the classical music industry. We are both very proud of this project!


KP: Your next project is a really ambitious 9-CD compilation, Nikolai Medtner: Complete Solo Piano Works. What compelled you to tackle such a huge project?


FH: One of my creative interests is to perform works by lesser-known composers. Nikolai Medtner was a Russian romantic composer and a contemporary of Sergei Rachmaninov. He wrote a comparable amount of music, but for various reasons, he is virtually forgotten by the general public. Through my project, I intend to provide advocacy for his music because I think it deserves a second chance. At the concert, I will share several fascinating stories about the composer and my project. If readers want to get a better idea of Mednter and my project beforehand, I invite them to read my blog at my website.


KP: Will the nine volumes be released as you finish them or all at once?


FH: Yes, I anticipate disc 1 to be released sometime in 2020. Readers can follow news and updates about its release at my website.


KP: Great! That brings us up-to-date so let’s find out more about you. Where were you born and where did you grow up?


FH: I was born and raised in Bellevue, WA. I lived there until I graduated from high school before moving to New York and Ohio for college. I always enjoy my visits back to the PNW every year!


KP: I love it here, too! How old were you when you started playing the piano and taking piano lessons?


FH: I started when I was five.


KP: Are any of your other family members musicians?


FH: My family members are not musicians, but they appreciate classical music. My younger sister, who is an anesthesiologist, took piano lessons seriously throughout high school. My mother took some piano lessons when she was pregnant with me.


KP: Hmmm - I wonder if that had anything to do with your choice to become a pianist!

How old were you when you started doing piano competitions?


FH: I started competing when I was eleven years old. I remember having mixed emotions about my earliest experiences, but I am very glad that I stuck with them because they definitely gave me strength and influenced me to be the kind of person I am today.


KP: I’ve read that you’ve won several awards at the international competition level. Tell us about that.


FH: Performing at international competitions is extremely stressful—physically, mentally, and emotionally. I remember spending hours and hours each day practicing and preparing my programs to the highest level. Many international competitions can last for at least a week, where successful contestants that advance to the final rounds must endure a marathon-like stamina! 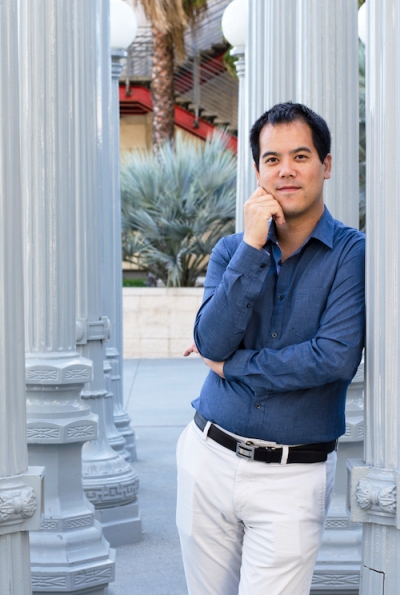 KP: Did you ever want to be anything but a musician?


FH: I honestly have never thought of any alternative careers. I am always grateful and fortunate that my passion for classical music has led me towards my current path.


KP: Do you compose music as well as performing the works of other composers?


FH: Unfortunately, I don’t have the time to compose! I do improvise now and then though.


FH: Honestly, it is whoever I am currently preparing for at the moment. But, in general, some favorites are Mozart, Brahms, and anything French: Ravel, Debussy, and Messiaen.


KP: Have you performed much on the West Coast?


FH: Yes. Next season will bring me to Seattle, San Francisco, and Los Angeles. I also have future performances lined up in Vancouver, B.C as well.


KP: Do you have a preference for performing solo, with small groups or with full orchestras?


FH: I love performing in a variety of settings: solo, chamber music, and as a soloist with orchestra. Collaborating with other musicians is always fun!

You have a very interesting Facebook presence. Is that common in academia? I think it’s great to get the music out there in every way possible!


FH: Without making sweeping generalizations, I would say that it depends on the person. I’ve seen other academics with highly visible social media profiles out there. I think it is a great tool in sharing our craft.


KP: Do you play any instruments in addition to the piano?


FH: No, I did take violin lessons for several years while I was in high school.


KP: I know this is a long shot, but were you ever a rock pianist or keyboardist?

Which classes do you teach at the University?


FH: I teach private piano lessons as well as chamber music. Part of my teaching responsibilities include small classroom teaching such as piano literature and repertoire classes. I get a chance to wear a variety of hats, which always keeps things interesting.


KP: Are you able to keep up a performance career during the school year or do you save that for summers and breaks?


FH: That’s a great question. I maintain my performance career throughout the academic year on top of my teaching responsibilities at Miami University. It is a challenge to juggle practicing, performing, and teaching, but I wouldn’t have it any other way!


KP: Which performers (any genre or instrument) inspire you?


FH: Too many to list here, but I am always inspired by musicians who are involved in various, diverse projects. Stephen Hough (UK classical pianist) is one that comes to mind. He is an author, novelist, blogger, and not to mention, a phenomenal concert pianist.


KP: I have found that teaching piano has gradually become more difficult over the past fifteen years or so in that kids find the idea of working hard over a long period of time (years, not hours!) to become really good at ANYTHING is just not something most of them understand. The instant gratification that comes with all of our electronic devices seems to have decreased the attention span of so many people, and especially kids. Is that true at the college level as well? Or am I just getting old?


FH: From my experiences, I have found that the current generation of students is incredibly resourceful. Students can quickly and easily consume information on the internet through various videos, forums, and posts on social media platforms such as YouTube, Facebook, etc. In a way, they can be self-sustaining and independent. Because of this increased change of pace and productivity, I agree that students generally struggle with the concept of discipline and patience. With improvements in technology, there is always going to be that unintended consequence, and I think that’s what we are seeing here. In any case, as an educator, we just have to adjust and pivot the way we teach.


KP: I completely agree with that. Having grown up in a very different world, it can be a bit bewildering to know WHAT to change, though. When I was growing up, our family had one corded phone that was in the kitchen. I’d better stop - I’m starting to sound like an OLD piano teacher! Ha ha!

Is there anything else you’d like to talk about?


FH: Thank you for taking the time to interview me. I am looking forward to visiting and performing at your home in July!


Many thanks to Frank Huang for taking the time to chat! To learn more about him and his music, be sure to visit his website and his Artist Page on MainlyPiano.com.
Frank's Artist Page • More Interviews