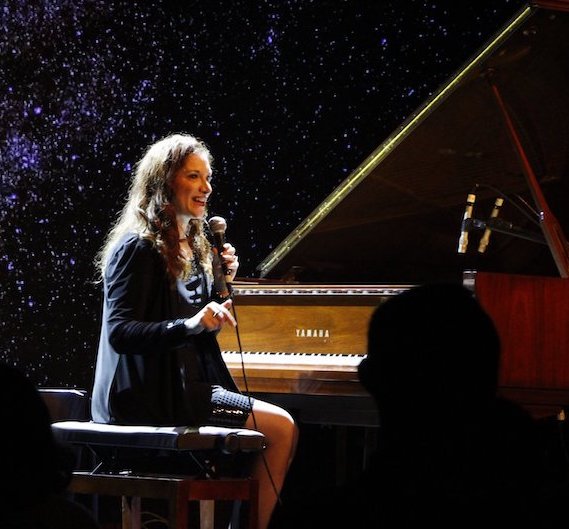 Robin performing in China, July 2019.
Robin Spielberg was one of the first artists I met online. We were both in a New Age Music newsgroup (remember those?) and started corresponding in about 1996. We actually met in early 1998 when Robin did her first Northern California concert in Walnut Creek. I was so excited about meeting Robin that when I met her for lunch, I forgot where I parked my car! Anyway, Robin and I have been very good friends for a long time!

Robin recently released her nineteenth album, Love Story, a collection of sixteen pop songs that she arranged for solo piano. In this interview, we talk about that album and some of Robin’s other “adventures in Pianoland.” We did our last interviews in 2008 (really???) and 2003, so you can find out more about Robin’s early life in those. Enjoy!


KP: ROBIN!!! I’m so sorry it’s been so long between interviews! I honestly thought we had done one when you released On the Edge of a Dream in 2018 and Another Time, Another Place in 2015. We have some catching up to do! How are ya?


KP: You just released a new album called Love Story on February 7, 2020. You haven’t done an album of covers for a long time. What was the inspiration for the album?

RS: When I first began recording in 1993, I was delighted to have the opportunity to record my original work. I haven’t recorded an album of covers in 17 years, so I think it was well overdue. 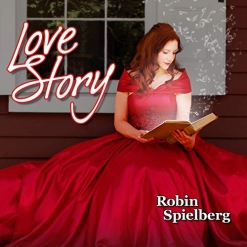 Click on album cover
to go to Kathy's review.


KP: It’s a really interesting combination of popular songs from 1967-2016. How did you choose the pieces?


RS: I recorded about 40 pieces for the album and after listening back, Larry (who produced it), helped me whittle it down to about 65 minutes. I did not conduct special research for this project; I simply recorded songs that hold special meaning for me.


KP: Did you go with the Love Story title since you were releasing the album so close to Valentine’s Day?


RS: No. I think that is a nice coincidence, though! I recorded the title track (Love Story Theme—also called “Where Do I Begin?”).


KP: You are also releasing a limited number of copies of Love Story on bright red vinyl! What made you decide to release an LP as well as CDs and downloads?


RS: Vinyl outsold CDs last year. It’s making a comeback, but the technology is much better than it was in the past. The vinyl sounds absolutely amazing—and it’s RED! It is nice to release work in various formats so people have choices when it comes to how they want to experience the music. 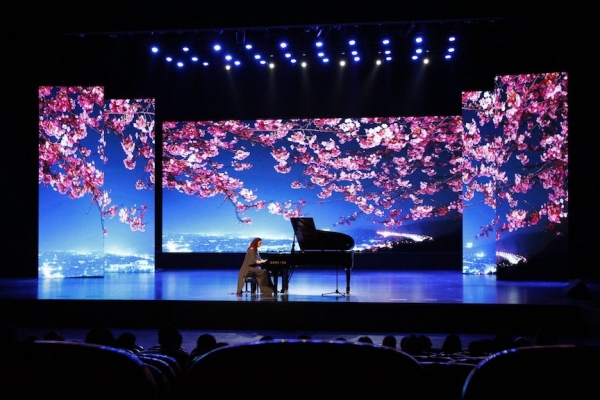 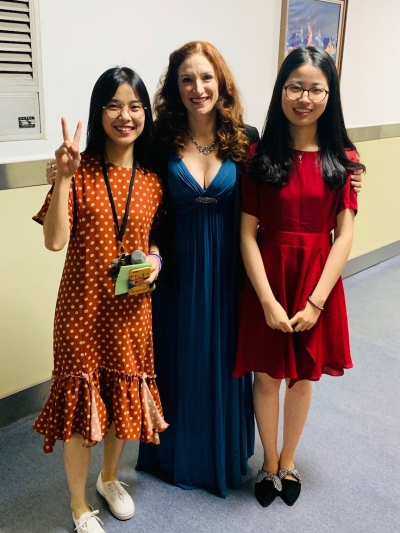 
KP: I just have to ask - how do you move around with such a huge skirt on that lovely red dress you’re wearing in the photos on the inside and outside covers of the album????


RS: OMG..the red dress. I went to this shop in CHINA while on tour. My translator, a very sweet college girl in her 20’s, took me to a dressmaker’s shop. It was a long drive to the middle of the city, and no one there spoke English. I was told I could bring my favorite “go to” dresses and have them replicated in China while there for cheap, so I brought along three dresses that I wear like “work clothes”—you know, the special occasion dresses you see in most department stores that are meant for just that: special occasions. They are not meant to be worn, smooshed into a suitcase, dry cleaned, worn again, steamed out, worn again, perspired in, stepped on, etc. These concert dresses are my “work clothes” so they need to last and need to be made well. Lined dresses like that in the States are very pricey. They are an investment and I keep them a long time. Anyway, I thought I’d have these three well-fitting dresses made in different colors and fabrics. When I showed them to the dressmaker, she shrugged and walked away. She came back with a prototype of the red dress and told the translator that someone of my stature and fame should be wearing THIS. I laughed when I saw it, but Larry wanted me to try it on. We just fell in love with it, so as impractical as it is to wear for a show, we figured at this price (just under $200) I could have a dress made to my exact specifications and use it for a photo. I ended up getting it in both red and black. It is not easy to get into it—it laces up the back like a wedding gown (shoelace/corset style), but it is lined and soft and really comfortable once on. I don’t think I could do a show in it, but I haven’t tried (yet).


KP: I always think of the story you told me a long time ago about getting the hem of your gown caught in the damper pedal and almost getting sucked into the piano as the hem got more and more tangled!


RS: Let’s just say I have had my share of “wardrobe malfunctions.”


RS: Oh they were absolutely amazing. It was a life changing experience. The people there were so friendly and appreciative that I was at last there!


KP: How many cities did you visit and play in?


RS: I was there for just under three weeks. I performed in nine cities and there were about 1000 in attendance each night. The halls were spectacular and I was able to feature my “concert films” on high definition screens. In addition I gave master classes and workshops to young students of piano. People in China are pretty serious about the piano—piano and ping pong are required classes, the way math and science are here.


KP: Ping pong? Really??? Did someone onstage interpret/ translate what you were saying about the music? 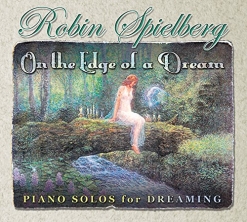 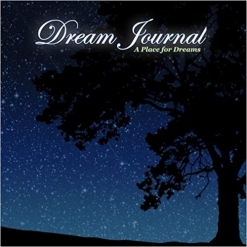 
RS: I gave very short introductions of the pieces and there was a translator on stage with me.


KP: You have also played in Korea a few times. When was the last time?


RS: Yes, I toured in S. Korea three times, but I haven’t been there in a decade.


KP: Do you plan to do any international touring this year?


RS: I was invited to return to China, but most likely I won’t do that again for a year or two. There have also been some inquiries from other countries, but nothing is solid yet.


KP: Let’s back up and talk about your last album, too. What was the inspiration for On the Edge of a Dream (2018)?


RS: Sleeping. Or rather, trying to get to sleep! The IDEA of sleeping - that moment when we are still awake and almost asleep - that moment always fascinated me. We can never recall it you know? One moment we are awake, and the next we are asleep. What is going on there—when we are at the edge of our dreams?


KP: You recorded that album on the same antique Steinway you used for Love Story, right?


RS: Yes. I recorded it at Cedarhouse Sound & Mastering on an 1898 Steinway. What you may not know is that the entire album was improvised. I did not compose a single note until I sat down with the record button pressed. I simply improvised for a few hours and I released what I thought was the best hour.


KP: On the Edge of a Dream was nominated for the Whisperings Album of the Year award and also has a companion Dream Journal. How did you come up with that idea? 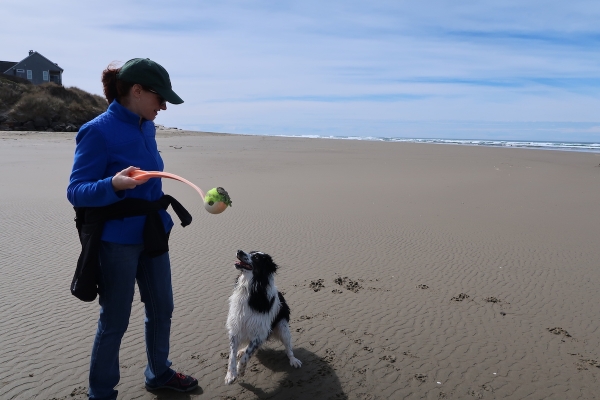 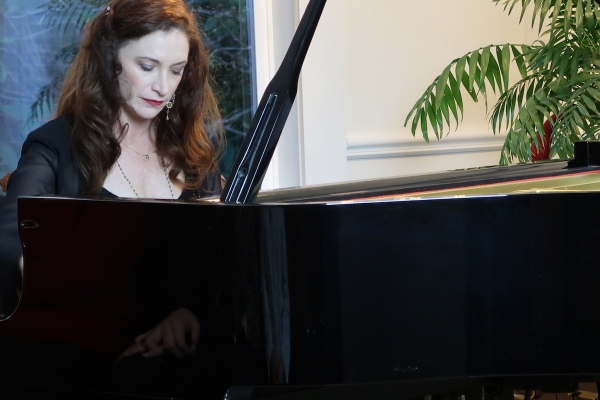 
RS: I find that when I look back at the dreams I have documented, they provide great insight into my inner life. I have been journaling my dreams for decades. We are often problem solving in our dreams. Our subconscious is working out so many things while our cells are rejuvenating during sleep. It is truly amazing. I released On the Edge of a Dream with a companion dream journal so people could, perhaps, be inspired to document their own dreams and interpret them.


KP: Do you have any plans for your next project?


RS: Yes - there is always a next project.


KP: Can you give us any hints?


RS: I could, but that would ruin the surprise.


RS: Some, but no more than usual. I do have a few residencies I am looking forward to. The first is in Lake Charles, Louisiana in March. They involve community engagement that goes beyond the public performance and I really enjoy doing them (master classes, workshops, key note speeches at events, etc).


KP: That sounds like fun! You are also an Adjunct Professor of Music at Millersville University in Pennsylvania. What are you teaching this semester?


KP: How many classes do you teach?


RS: I only have time to teach one class and because of my touring schedule, they put the class on a weekday night—so it a long class—three hours.


KP: How many students do you have?


KP: We should mention that your daughter, Valerie, is a music major in college. How is she doing? 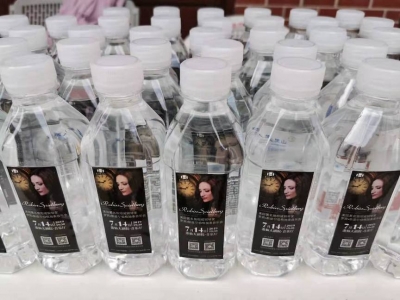 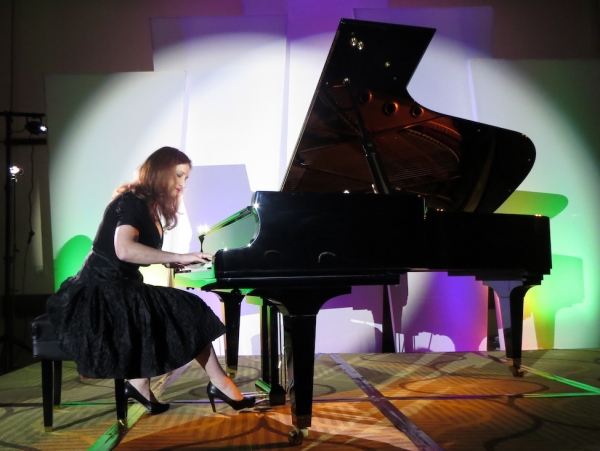 
KP: Are you still working with your husband, Larry, at Kosson Talent Agency?


RS: Larry and I work together at Kosson Talent every day. I really enjoy working with our artists and spend more time on their careers than on my own. I prefer it that way. It is very gratifying to help artists you believe in get onto stages and perform - and to see their audiences grow. We work with anywhere from 10-14 groups. We attend a number of booking conferences around the country as well. As I write this, Larry is at the Oscars!!! He booked one of our bands to play the Governor’s Ball, which is the big after party. And because I know everyone will ask—his tux is Vera Wang :)


KP: I’m sure that is a priority in everyone’s mind! I recently saw that you and Larry got married on July 22nd. That is my parents’ anniversary! Different year, of course, but that’s a surprise!


RS: That is also Larry’s birthday. It was the only Saturday available that summer at the inn where we wanted to marry—so we married on his birthday. This summer will be 25 years.


KP: Congratulations! Are you still doing a lot of gardening in your time off? Probably not too much this time of year, but you know what I mean!


RS: You know it! That is my favorite hobby. I don’t have a lot of land—half an acre or so, but I dug up most of the lawn so there are 23 garden beds to tend. It keeps me busy!

If you could have any three wishes, what would they be?


RS: I don’t really have wishes; I think I have hopes and desires, though. Those would include living a meaningful life through work and loving actions, to find peace in my life and to have daily gratitude for the gift of life.


RS: Anyone out there on Peloton? I’m addicted. You can follow me @pianogoddess Ha ha ha ha


RS: It’s an exercise program involving a Peloton bike and it is interactive. I think I might be addicted.

Many thanks to Robin Spielberg for taking the time to chat! For more information about Robin and her music, be sure to visit her Artist Page here on MainlyPiano.com as well as her website!
Robin's Artist Page • More Interviews