Greetings and Welcome to Issue #400 of Pianotes!
I never would have believed that I’d do so many issues of my monthly newsletter, but here we are. I was figuring it would take about 8 1/2 years to get to issue 500. Hmmmm - it could happen! I won’t still be teaching then, but Pianotes really isn’t geared for students and their families like it used to be. Amazing! Instead of music trivia, this month I reviewed the past 100 issues and collected items that I thought would be of interest. I hope you enjoy!

Also, I want to point out the photos at the top by my crazy piano man. This is a stained glass treble clef that Linda Maroney (Greg's wife) made and that I bought to commemorate my (ahem!) birthday last month. I love it!!!!
#301 (5/08) was the last print issue of Pianotes. The time it took plus the expense of printing and postage just didn’t seem practical anymore, so it became a monthly feature of the fledgling MainlyPiano.com.

In July 2008, Michael Debbage left Solo Piano Publications to join me at MainlyPiano.com. He’s been a great asset to the site with connections to different artists and a somewhat different point of view. He’s also a great friend! I'm glad you came aboard, Mike!

Louis Landon performed the first house concert here on October 13, 2008. I think 2016 is the first year he’ll miss playing here, but we couldn’t make the dates work. Next year for sure!
Website Update: I’m very happy to say that once Tim Neumark got MainlyPiano.com moved to a new server, it has been running flawlessly - or at least it has been as far as I know. Artists, if you haven’t yet checked your Artist Pages, Reviews, and Interview pages, please double-check the links to make sure they all got moved correctly. I’m amazed at how few errors were made with that volume of material to re-do. As far as I know, there was only one cut and paste error. Tim’s a genius!
David Lanz did the second house concert here in December 2008.

The end of March 2009, I was diagnosed with breast cancer, which turned everything upside down for awhile, but the surgery was successful and the tumor was caught very early. It was traumatic, but everything turned out okay.

In May 2009, Apple Computer discontinued the web software I was using (.Mac) and I had to change everything over to a new program.

Bob Fieg became one of my online students in February 2010. He was a fan and friend of Robin Spielberg, and they had an exchange on Facebook about how a computer couldn’t teach him to play the piano. Robin told him about my online piano lessons and the rest is history. Bob is my longest-term online student and still going strong! Thanks, Robin and Bob! =)
Concert With Louis Colaiannia and Kathryn Kaye: We had a great concert weekend with Louis Colaiannia and Kathryn Kaye in early July! We got to hear some samples from Louis’ upcoming release, Moon Over Florence, some of which was composed when he was here last year. I was very anxious to meet Kathryn and see her play live. She has one of the most beautiful piano touches I’ve ever heard - and it’s just as velvety soft live as it is recorded. It was a joy to meet her, to welcome Louis back, and to meet Kathryn’s husband, Jim, and Louis’ lady, Brittany. Here are some photos. 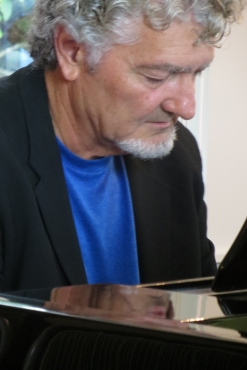 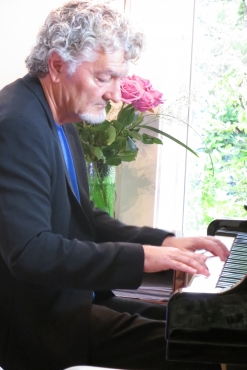 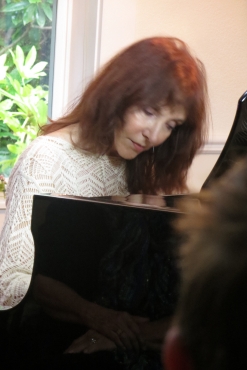 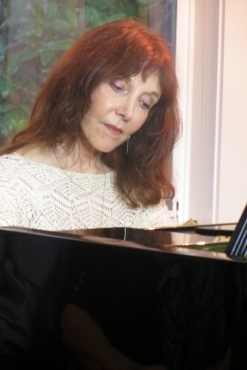 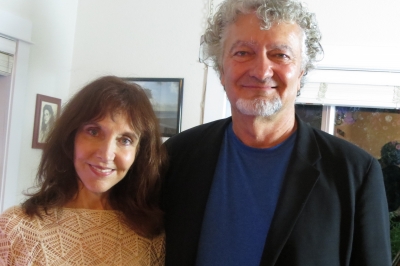 I made a trip back to Hercules, CA in March 2009 to do some work on my house (it became a rental because I couldn’t sell it in the real estate debacle). I decided CA didn’t like me anymore because I got caught in a speed trap going down and had a rock hit my windshield coming back. It was fun to do “in person” piano lessons with some of my online students, though!

In September 2009, I received another email from Apple saying that the software I was using for the site was becoming obsolete. That meant another overhaul of the site to the new format - this time to iWeb.

In March 2011, Greg Maroney and Wayne Gratz came to do a house concert. Wayne and I had been phone and then online friends for about twenty years, but that was the first time we’d met in person. I’d been reviewing Greg’s music for many years and had been proofing his sheet music for almost as long. What a joy it was to meet them both and have them perform here!

In March 2012, Apple discontinued its MobileMe program, so I had to move the site to a new host. Fortunately, that was easy, but the thought scared me to death since I’d already built the site from scratch three times!
Concert With Dan Chadburn and Tom Nichols: We had our third annual fund-raising concert to benefit the Oregon Coast Humane Society on July 30th and almost sold out with 37 guests. Dan treated us to a preview of his upcoming release, Beyond Words, which includes his wonderful “An Evening In Florence” that was based on an improvisation he did here two years ago. Wow! Two upcoming albums with music inspired by Florence, OR! Tom sang several songs in addition to Dan’s beautiful piano solos, which is always a treat! Great guys, great concert, and we raised more than $600 for our local animal shelter! Here are some photos from that concert and after lunch in a very windy parking lot! 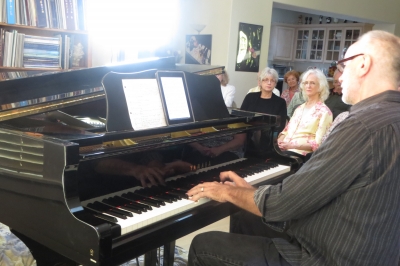 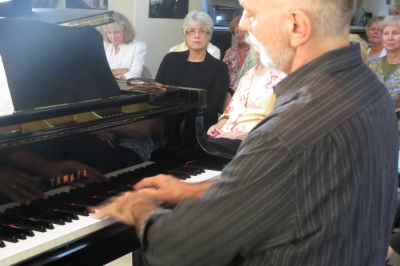 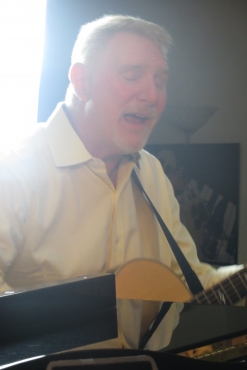 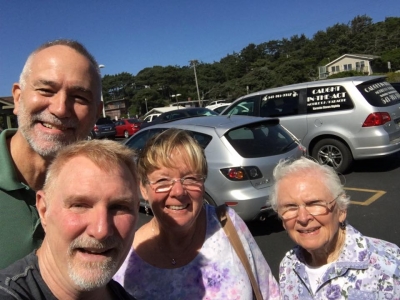 In early 2012, Beverly Ritz asked me to design the album cover for her Buddy & Me album. It was fun, but was the only album cover I’ve done.

The end of August 2012, Mom and I adopted Joey, a mini-Aussie who didn’t stay very mini. He was such a cute puppy and has grown up to be a handsome if not very friendly to strangers boy. We love him dearly despite his quirks!

In September 2012, Fiona Joy and Trysette brought their Two Grand I’m Yours show to Florence. What a blast we had!

In October 2012, I started teaching piano in Reedsport, OR on Fridays. The school district had cut the school week to four days and one of the churches wanted to start an enrichment program in the arts on Fridays. At first, it was about half kids and half adults and there was also a vocal and guitar teacher, but now it’s just a couple of adults and me. It’s about 25 miles each way, but it’s a gorgeous drive down the coast and gives me some focused listening time for CDs I’m reviewing.

August Concerts: On August 12th, Lisa Downing and Starr Parodi will be making their first appearances here. Both have brand new albums and I’m sure they will be playing lots of old favorites as well! Here’s the link to the flyer.

On August 27th, local pianist/composer Milo Graamans will be playing here for the first time. Milo and I did an interview recently, and here’s the link to that. Here’s the link to the concert flyer as well.
In December 2012, Joe Bongiorno organized a group of Whisperings Artists to buy me a video camera for recording my concerts. What an incredible surprise! It’s been a great camera and is still being used for all of the concerts here.

In January 2013, David Lanz returned to perform two sold-out concerts. People came from all over to see David in such an intimate setting! Such fun and such great music!

In June 2013, Kevin Kern and his wife, Pam, came for a visit and two concerts. We all lived in the Bay Area when we met, but Kevin and Pam moved to Minnesota about the same time Mom and I moved up here, so it was a great reunion - and a couple of great concerts!

In December 2013, I had to evict my tenants in Hercules for not paying rent. That’s a very long, very frustrating story that I don’t care to relive, so let’s just say it got really ugly. I went down to see the house once I knew they had left, and it was trashed. Of course, they didn’t leave any info about where they were, so I was stuck with a huge mess. I met with a realtor who put me in touch with a wonderful contractor, and by the end of January, the house was looking brand new and ready to put on the market. This time, the timing was right and it sold quickly. I was SO glad when I could put that mess behind me!
New Reviews: New music has been coming in like crazy again, so there are lots of new reviews for you. Here is the link to the Latest Reviews.
In June 2014, I had my first student piano recital in Florence. It was MUCH easier to organize a recital for eight students rather than the 35-40 who played in Hercules each time!

In August 2014, Dan Chadburn and Tom Nichols did their first fundraising concert here to benefit the local Humane Society. They did their third concert for that cause last night and promise to be back next year. Love those guys!

In September 2014, Mom was able to sell her Hercules house, too. What a burden lifted off both of us!

December 2014 was the first Christmas recital I’d had in seven years. One of my online students was able to participate via Skype, which was really fun!

New Interview: Local pianist/composer Milo Graamans will be making his first concert appearance here on August 27th, so we did an interview to help people get acquainted with him. Here’s the link. Next up will be Greg Maroney!
In January 2015, I went to the NAMM Show in Anaheim and Whisperings Concert and Awards Show in Costa Mesa, CA and was blown away to receive an M.V.P. award and trophy from Whisperings! What a great weekend that was!

In February 2016, Robin Spielberg made her first visit to Florence, OR. Robin and I have been friends since the 1990’s (we met in pre-school!) and was one of the first artists I got acquainted with online. She has been a special friend through thick and thin, so it was great to have her with us for a few days!

In May 2016, Tim Neumark agreed to do a total redesign of MainlyPiano.com. And what a magnificent job he did!

The all-new and totally redesigned MainlyPiano.com launched the evening of June 29th and fizzled, thanks to the hosting company. Tim switched it over to a new server, and we lived happily ever after. Once again, THANK YOU, TIM NEUMARK!!! 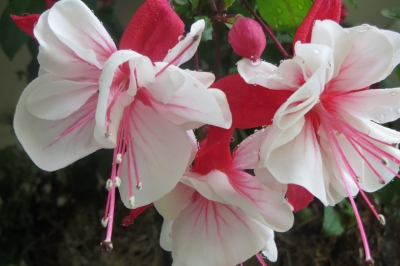 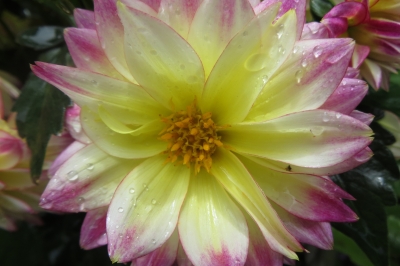