Greetings!
It’s time for back-to-school already! It was really a quick summer for me, so I can only imagine how quickly it flew by for the kids. Well, we’re ready to start a new era, too, with Issue #401 of Pianotes! Let’s get right to it!
In 1798, Muzio Clementi invested enough of his earnings from performing on the piano, composing for the piano, and teaching the piano to become a partner with John Longman in a company that made pianos and published music, largely for the piano. Clementi is said to have helped to design the pianos that bore his name.

At the Paris Conservatory, separate piano competitions were held for men and women throughout the nineteenth century, with different assigned competition pieces each year. A work that was assigned to the men one year might be assigned to the women the next year. What mattered was that there should never be a direct comparison between women and men students because it was too risky to test the belief that women couldn’t play as well as men.
New Reviews: New music continues to pour in, and I’m sure lots of holiday albums are lurking right around the corner! Some truly incredible new music was reviewed in August, including Marc Enfroy’s Crossroads and Starr Parodi’s The Heart of Frida. There were also two very soothing albums for sleep and relaxation: Hennie Bekker’s Beyond Dreams and David Wahler’s Becoming Bliss. There are plenty of others to check out, too. Here’s the page.
The earliest German upright pianos were called pyramid pianos because of their symmetrical shape.

The grand piano was invented in both Germany and London in the 1770’s.

On some of the pianos of the early 1800’s (both uprights and grands), there were as many as seven pedals, including a buzzing bassoon stop, a muting moderator, a thumping and jingling military stop, as well as the damper and una corde (soft) pedals.

Yamaha in Japan started making upright pianos in 1900 and made its first grand in 1950.
New Interview: I have a new interview with Greg Maroney on MainlyPiano this month, updating our last interview and talking about his new Hymns: Healing Piano Solos. Next up will be interviews with Marc Enfroy and Louis Colaiannia so stay tuned!
In what is likely the first press interview with a musical instrument-maker, in 1711, Cristofori gave such a detailed description of his invention (the piano) that instrument makers all over Europe could duplicate his work and build their own pianos. The article was translated into German in 1725 and likely inspired pianos to be built in Germany as well.

The first music for the piano was published in 1732.

The earliest upright piano we know of was made in 1739 near Florence, Italy. The case is a little more than 6 1/2 feet tall and sits on a stand that lifts it another 2 1/4 feet.
September House Concerts: We have two exciting concerts coming up this month! Scott Cossu will be here with guitarist Lonnie Mardis on September 14th, Scott’s sixth concert here. What a treat! On the 25th, John Jarvie will return for a solo classical guitar concert - his seventh here. Another treat for the senses, for sure! More info is here.
The term “grand” piano didn’t come into use until 1777. The early upright pianos were called “giraffes.”

Early pianos were made in small workshops where a single craftsman and a few assistants produced on a very small scale. Bartolomeo Cristofori (inventor of the piano) was employed by a rich, music-loving prince, so he had the advantage of being able to build one piano after the next, adjusting his designs as he gained more experience. He was also able to train assistants, some of whom started their own workshops.
Concert with Lisa Downing and Starr Parodi: On August 12th, we had a rare treat with a house concert with two prominent women composer/pianists, Lisa Downing and Starr Parodi. Both performed old favorites as well as pieces from their new albums. It was an amazing night that ended with a wonderful duet with Starr and her 13-year-old daughter, Isolde, on violin! Here are a few photos. 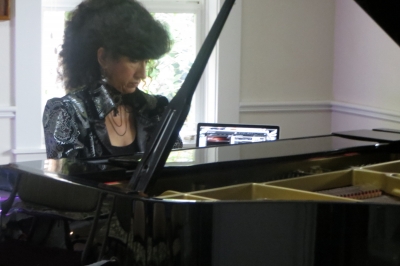 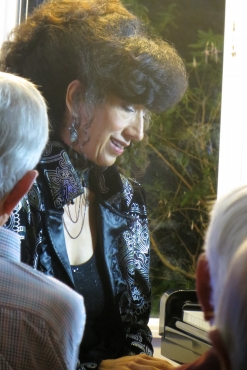 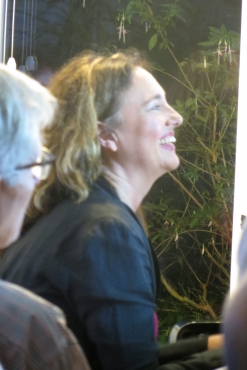 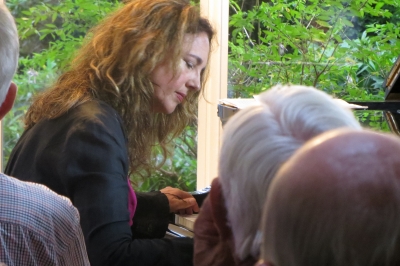 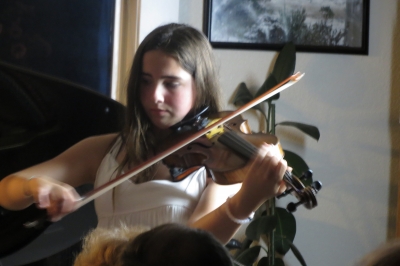 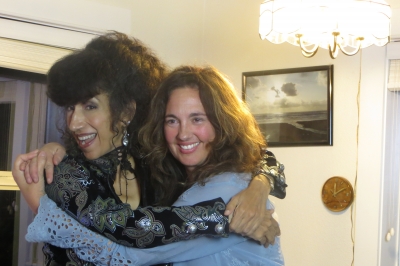 None of Cristofori’s pianos had pedals, although he developed an una corde system (soft pedal) in 1721.

The first piano concert in New York was in 1773.

Nearly all of Beethoven’s music was conceived on pianos created by a woman - Nanette Streicher.

Concert with Milo Graamans: On August 27th, we welcomed Milo Graamans, a young local pianist, for his first solo concert in Florence, OR. Milo did a jaw-dropping performance that included classics, Joplin rags, show tunes, and some originals. Milo sang some of the songs from his original musical, She Loves Me Not and welcomed vocalist Jim Erickson to sing a couple of songs from some of the musicals they had been in together. He ended with Franz Liszt’s “Hungarian Rhapsody #2” that included some very unusual additions to the cadenza. Everyone jumped to their feet after that one! It was a great concert, and I hope Milo will become one of our regulars. Here are some photos. 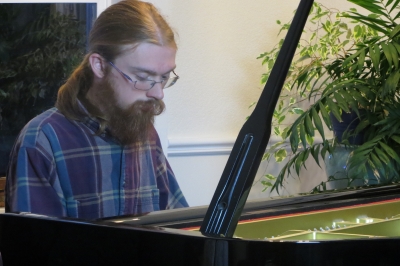 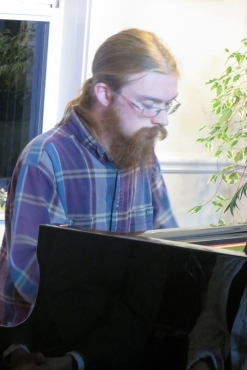 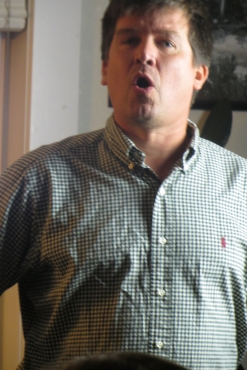 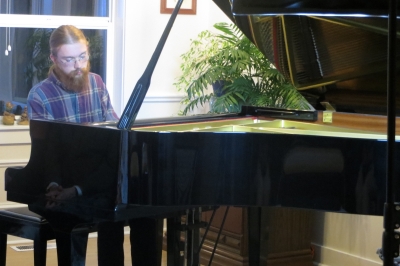 The first pneumatic player piano was granted a patent in France in 1863.

Liberace wore a gold artificial fingernail that had a candelabra engraved in it.

September Birthdays: Here are some of the musical birthdays coming up this month:

Happy Birthday to all of you!
American composer Louis Moreau Gottschalk (1829-1869) was the first pianist to arrange what has become known as a "monster concert" with large numbers of pianos and pianists playing together. He wrote "The Siege of Saragossa" for ten pianos, and it was first performed in June 1852.

In 1821, a "moderately priced" cabinet piano by Clementi and Co. was priced at $475. American pianos were priced around $200, and were considered to be very inferior to imported pianos.

Harry S. Truman was America’s first pianist/president. He often played in public, and played on a televised tour of the newly-renovated White House.

Richard Nixon studied violin, clarinet, saxophone, and piano as a youth, and continued to play the piano during his presidency.

Well, I think that’s all the news for this month. Have a great month! Here are a few photos from our beach and around the yard. 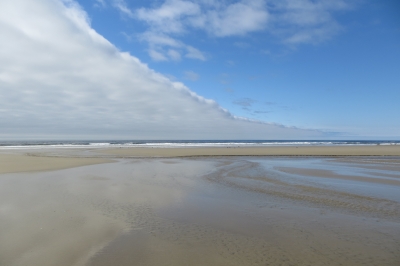 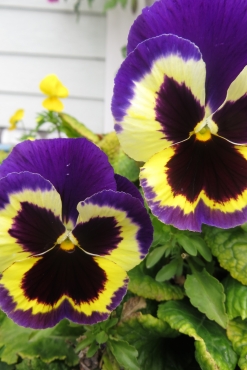 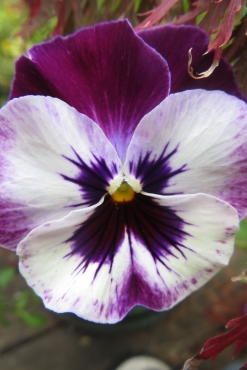 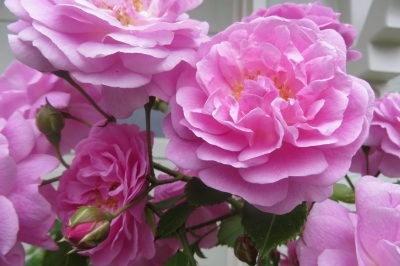 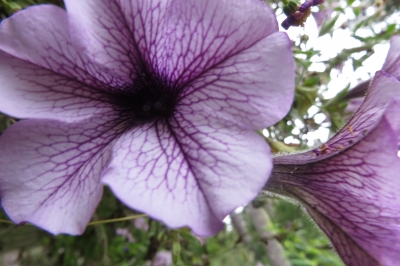 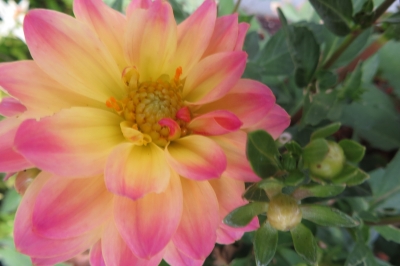