Greetings and welcome to the June issue of Pianotes! May was an extremely busy month, and I’m hoping to be able to catch up - especially with reviewing - in the coming weeks. There is much to tell you - hopefully all good - so let’s get started!

David Lanz’s “Behind the Waterfall” is considered to be the first “new age” single.

The day of the week mentioned most often in song titles is Sunday. Saturday and Monday are second and third.
New Reviews: There is an interesting assortment of new reviews on MainlyPiano.com this month. There are two new songbooks (with more to come!), as well as twelve new CD/digital reviews. Check ‘em out here!
A “Belly Builder” is someone who puts together the ribs and soundboard inside a piano.

The term “grand” didn’t come into use until 1777. The early upright pianos were called “giraffes.”

American jazz-piano great Jelly-Roll Morton (born Ferdinand La Menthe), had a gold front tooth into which a diamond was set.
New Interview: Michael Debbage did a recent interview with pianist/composer Ryan Stewart. It’s a fascinating read, so check it out here.
The first documented reference to a harpsichord was in 1397.

Fathers are mentioned more often in song titles than mothers.
MainlyPiano.com Make-over: The make-over and upgrades for MainlyPiano.com are well under-way! Tim Neumark is shooting for an end-of-June launch of the new site, so there will be much more info in the July issue. Artists, there should be no need to update any of your links, but I will let you know if something changes in that regard. We’re hoping to make the transition seamless. I’m really excited because there will be a search engine and Tim is ensuring that the site will be easy to use on mobile devices as well as computers. We decided to leave the bios off of the Artist Pages since there are links to each artist’s own site, but all of the other info should be there as well as the cover artwork for both recordings and songbooks. I am so grateful to Tim for all of his work on this - both physically and design-wise. MainlyPiano.com has been a labor of love for the past eight years, and this upgrade should ensure that it stays online for a long time.
The first African-American band to play in Carnegie Hall was Count Basie’s Band in 1939.

Liberace wore a gold artificial fingernail that had a candelabra engraved in it.
June House Concerts: I’ll be hosting two concerts in June. The first is on June 4th with John Paris. On June 21st, Brad Jacobsen will be here for his first appearance in Florence. Here’s the flyer for Brad’s concert. I’m really looking forward to both concerts!
During the 1960’s, pianists Ferrante and Teicher sold more than 20 million records, and at least thirty of their albums were on the Billboard charts between 1961 and 1972.

Pianists Ferrante and Teicher were child prodigies who met as children at the Prep Center of the Juilliard School of Music in New York. They learned from many of the same teachers and developed an almost telepathic power between them as musicians. After graduating from Juilliard, both men were on the faculty of the Theory Department for awhile.

The original Micky Mouse Club was formed in 1929. Meetings were held in movie theaters all over the U.S. The official club song was "Minnie's Yoo-Hoo."
Joseph Akins’ Concert Here: Joseph Akins performed a solo piano house concert here on May 17th to an enthusiastic audience. It had been a few years since Joseph was here, so it was great to introduce his music to some new fans! Joseph is one of my favorite people as well as a favorite artist, so it was great to spend some time with him! Here are a few photos: 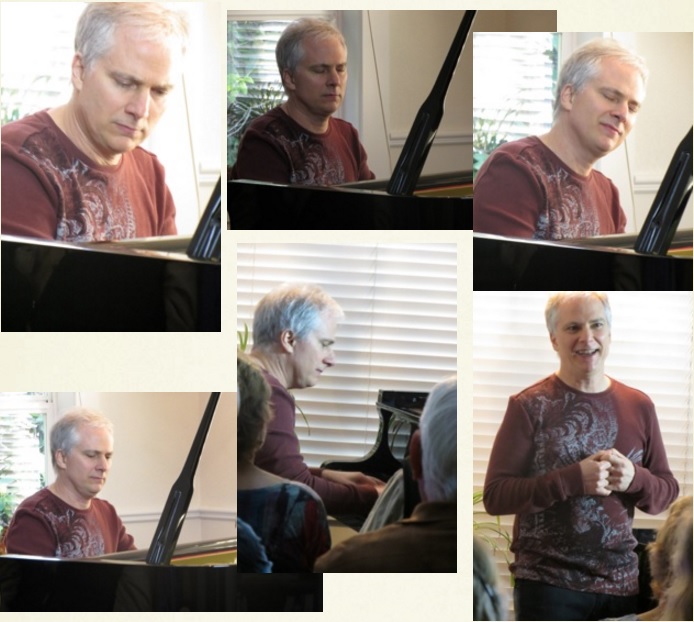 As the Queen Elizabeth II was making its way to the Falkland Islands in the spring of 1982 during Britain’s conflict with Argentina, the crew dumped a Bosendorfer piano (one of the most expensive pianos in the world) overboard to make room for a helicopter to land on the ship.

The first "talkie" movie was “The Jazz Singer.” It opened on October 6, 1927, and starred Al Jolson.

Jazz was the first musical style to originate in the United States. It was first heard in New Orleans in the late 1800's.
June Birthdays: June always seems to be the biggest month for birthdays - mine included! I’m not admitting any numbers, but this one involves almost as much paperwork as being born!!! Here are some of the musical birthdays this month!

Mildred and Patty Hill published a song in 1893 that was named "Good Morning to You." It wasn't very popular, so they changed it a little bit and renamed it "Happy Birthday." It is the song we sing for everyone's birthday!

When he died, Glenn Gould, one of the greatest pianists of all time, left half of his estate to the ASPCA, and the other half to the Salvation Army.
Well, I think that’s all the news I have for this month! Happy early summer and I’ll see you back here for the 399th issue of Pianotes and possibly a brand new website!
Kathy 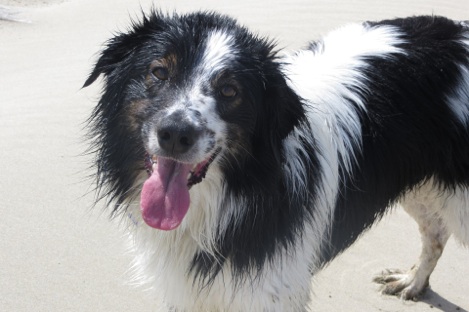