Happy New Year, Everyone!
I hope this finds you well and optimistic about the coming year. I have a look back over 2016 and a look forward as well as the regular features of this month’s Pianotes. I also have a lot of new music trivia to share! Enjoy!
Cristofori came up with three principles still used by piano makers today, Besides inventing hammers, he developed an escapement device to permit the hammer to drop back immediately after delivering its string blow, leaving the string to vibrate freely as long as the key is held. Cristofori also invented the shifting soft pedal arrangement, called the una corda.

The earliest piano looked like a harpsichord and was fitted into harpsichord case - at least in part to make it more marketable!

Although the early piano had fifty-four keys compared to the modern piano’s eighty-eight, it had all the other essentials - wire strings, keys, hammers, dampers and escapement.
A Look Back: Even though I didn’t have as many piano students, I think 2016 was the busiest year I’ve ever had. MainlyPiano.com went through a complete overhaul - something I’ve been dreading for several years. The web software I was using was becoming dangerously out of date, so I knew it had to be done. Thanks to Tim Neumark’s hard work and expertise, it was a relatively painless process. He had to update about 2900 pages of content, so it was no small job. I’m really proud of how it came out and look forward to seeing where we go with the site in 2017.

Here are some of the numbers for the year (please keep in mind that Michael has a full-time job and a busy family, so I'm always very happy when he finds the time to write an article for the site!):
CD/MP3 reviews I wrote: 149 (20 more than my previous record!)
CD reviews Michael Debbage wrote: 17
Songbook reviews I wrote: 19 (this number will grow dramatically this year)
Artist Interviews I did: 10
Artist Interviews Michael did: 2
Album reviews on site as 12/31/16: 1948
Songbook review on site as of 12/31/16: 198
Number of Artists on the site: 769
Total Artist Interviews: 173
House concerts here in 2016: 17

We published the 400th issue of Pianotes in August!

Sheet music proofing and editing also grew quite a bit during the year. Yep, it was a busy year, and I’m very grateful for that!


Cristofori made about twenty pianos in his lifetime.
Although the piano was an Italian invention, it was the German, Austrian, English and French instrument makers who would come up with the design and structural improvements that would greatly improve the piano’s capacity by the end of the eighteenth century.

John Broadwood of England made pianos from 1770 on. He invented the sustain pedal, strengthened the case and strings to increase volume, and added an octave, extending the keyboard to six octaves.

A Look Forward: I don’t really foresee any major changes for MainlyPiano.com in the coming year, but we just never know! I already have a pretty big stack of albums to review, a new songbook to proof, and I’ve already reviewed my first album and songbook for the year.

I plan to go to Costa Mesa and Anaheim later in January for the NAMM Show and Whisperings All-Star Concert and Awards Show for the third year, so I’ll have lots of photos for the next issue.

I’m starting to set dates with artists for the house concert series this year. So far, the first concert will be with David Thomas Roberts on April 8th, but I might set one up for March. Some of the artists who are planning to perform here this year are Gary Stroutsos in June, Dan Chadburn and Tom Nichols, John Jarvie, Louis Landon, and John Paris. I’m hoping to welcome Bernward Koch and Mark Looney, and several others. I’ll put the concert calendar link back up on the homepage around the middle of January - as soon as I get a few more firm dates.

So, here’s wishing all of you a wonderful year full of great music!
Beethoven often snapped the strings of the pianos he played and the strings would entangle the hammers. He had other musicians remove broken strings and disengage the hammers as he played.

One of Cristofori’s original pianofortes, dating from 1720, still exists and is on display at the Metropolitan Music of Art’s Rare Instrument Collection in New York City.

Annual Favorite Albums Lists: I’m not quite ready to post my list of Favorite Albums of 2016, and I haven’t heard from Michael Debbage about his yet, either. I should have mine ready to post by the end of the week. I don’t plan to name an Album of the Year this year. There were too many great albums to choose just one out of 149 reviews. The 2015 Album of the Year, Neil Patton’s Between Shadow and Light, simply blew me away - and still does - but there wasn’t one clear favorite for 2016. Lucky me that there was so much great music! I’ll send out an email when the lists are posted.
A piano is made of about 90% wood.

To create the rim of a grand piano, it takes six strong people to bend the wood of the frame. They have to bend it gently, but quickly because they have only about twelve minutes until the glue starts to adhere.

New Reviews: There are new reviews of some great albums and songbooks on MainlyPiano.com that were written in December and early January. These include incredible new albums by favorite artists Kathryn Kaye, Greg Maroney, and Doug Hammer plus artists your are probably not yet familiar with. In the Songbooks section, I reviewed several songbooks by Philip Wesley, plus new songbooks by David Lanz and Craig Urquhart, plus newcomers (to MainlyPiano) Jesse Brown and Lynette Sawatsky. You can find them all on the homepage.
At one of Andre Watts’ concert performances, the pedals came off as he was playing. He tried to hold the pedals up with his feet as he continued to play, but he finally had to give up and went offstage to find the emergency piano technician.

According to the French newsweekly Le Point, the timetable for someone wanting a solo concert career must be: the pianist plays his first scales at the age of four, enters a conservatory by twelve, and wins a few international prizes before the age of twenty. If the pianist has released recordings and toured abroad before the age of thirty, the future should be promising.

A child prodigy, Artur Rubinstein’s career didn’t really start until he was forty-seven. His early tour of the US was not very successful, and he tried to kill himself at the age of twenty.

New Interviews: We didn’t get any new reviews posted for December, but I’m working on two for January with Bill Whitfield and Cory Lavine. Doug Hammer and Anaya Music will be up next.
Jazz pianist Marian McPartland didn’t have any piano lessons until she was seventeen.

Camille Saint-Saens was the earliest-born pianist ever to record.

Landon Ronald was the first pianist to record.

Annual Holiday Wishes List: I will keep the Holiday Wishes List accessible from the Homepage until mid-January or so, so if you haven’t checked it out yet, here’s a direct link to the list.
Franz Liszt was the inventor of the modern recital and was the first musician to give a concert without assistance from other artists.

Franz Liszt began the tradition of using a piano bench for a concert instead of the usual hard-backed chair.

Jerry Lee Lewis was the first to bring rock ’n’ roll piano to millions of people in the 1950’s.
January Birthdays: Wow! There are a lot of musical birthdays this month!
1/4: Bill Whitfield (Facebook says he’ll be 112!!!)
1/5: Kori Linae Carothers
1/6: Greg Starr

At the age of sixteen, Andre Watts substituted for an ailing Glenn Gould at a New York Philharmonic concert conducted by Leonard Bernstein. The next day, newspapers from coast to coast proclaimed Watts as “the great new pianist.”

Irving Berlin, one of America’s greatest songwriters, could only play the piano in the key of F#. He owned a piano that would transpose his music for him.

Thousands of one-finger piano pieces were written during the nineteenth century and served as parlor entertainment. One of those was “Chopsticks,” which was published in Glasgow in 1877.

Well, I think that’s all the news for the first issue of 2017. Now that the holidays are behind us, I should have Pianotes ready to post by the first of each month. If you are not receiving emails from me when Pianotes posts, just shoot me an email to subscribe. It’s free! Again, Happy New Year!

Below are some favorite photos for the year. 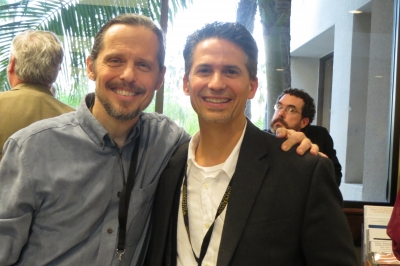 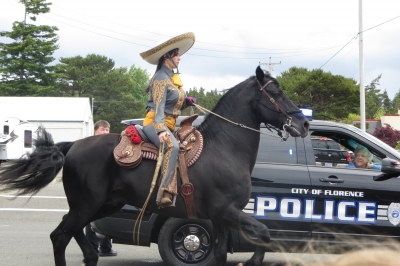 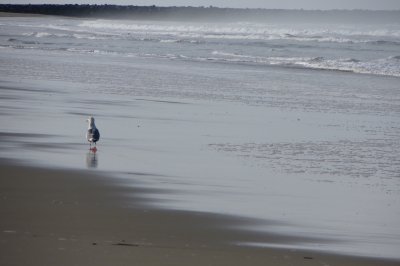 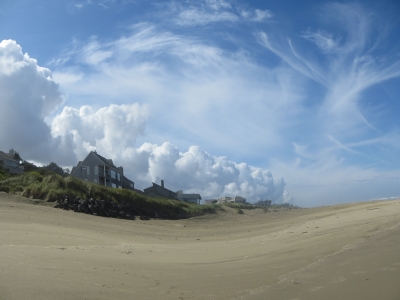 I'm not sure what happened - must have accidentally set the camera to "fisheye." Again, another odd shot, but I like it! 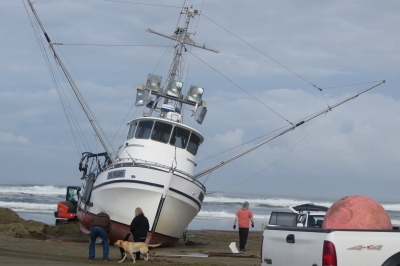 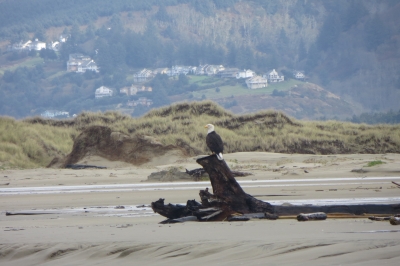 A bald eagle sitting on a stump on the beach. 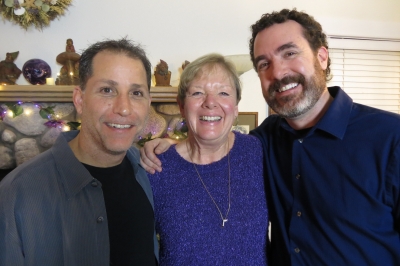 After a concert here with Steve Rivera and Neil Patton. 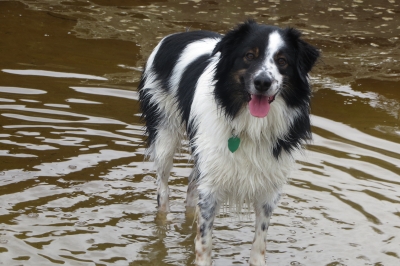 This is just so Joey! 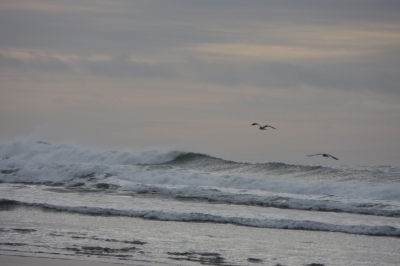