Greetings!
2017 has gotten off to a very busy start! In addition to writing several reviews and an interview, I spent five days in Southern CA for the NAMM (National Association of Music Merchandisers) Show, a couple of smaller concerts, and then the big Whisperings All-Star Concert and Awards Show. I was really looking forward to some sun and dry weather, but the biggest storms in many years descended on that area about the same time I did! Here are a few photos I took at NAMM. Photos from the Whisperings event are at the bottom of the newsletter. 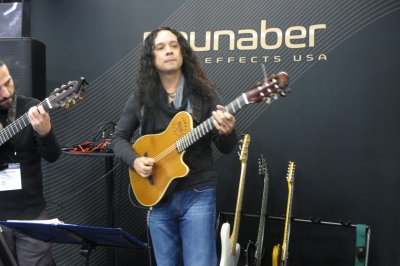 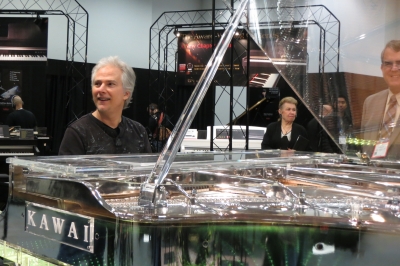 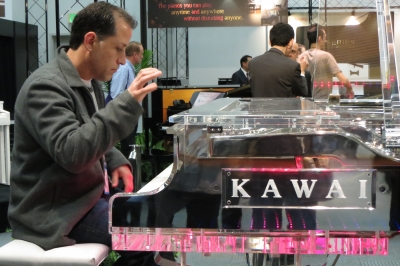 Steve Rivera playing the Kawai Crystal Grand.
The day of the week mentioned most often in song titles is Sunday. Saturday and Monday are second and third.

Barbra Streisand's mother wanted her to be a secretary, but Barbra grew her fingernails long to avoid typing so she could pursue her singing career.

When Van Cliburn won the Tchaikovsky Piano Competition in Moscow in 1958, his victory was every American pianist’s victory. American artists who had previously figured only in national competitions were suddenly acknowledged in the international arena. A career as a pianist was finally considered valid and important.
New Reviews: Lots of album and songbook reviews were written during the month of January. Here is the link to the recordings and here is the link to the songbooks. There will be many more in February, so keep checking back!
The first Asian country to get television was Thailand in 1955.

"God Bless America" was written by Irving Berlin in 1918. After writing the song, he threw it into a trunk, where it remained for twenty years. His profits from the song were donated to the Boy Scouts and Girl Scouts.

During the Cultural Revolution in China, playing Mozart or Beethoven was considered a crime, and although pianists were not allowed to practice, they continued to do so.
New Interview: I recently posted a new interview with Cory Lavine, who won the award as Best New Artist from Enlightened Piano Radio for 2016. Cory has very generously offered a 30% discount to anyone ordering from his site who has read the interview. Just enter the coupon code, which is “mainlypiano,” to receive the discount. This offer is good through the month of February. The link to Cory’s site is: http://www.corylavine.com. Enjoy this very interesting interview!

Music has always kept pace with printing technology. The first printed music was the Mainz Psalter in 1457. This was the second book ever made with movable type. Music symbols were cut individually into woodblocks and assembled by hand.

Jazz pianist Art Tatum used to practice away from the keyboard by running filbert nuts across his fingers like a magician.

2017 House Concerts: I have finalized the dates for the first two house concerts here this year. The first is with Jeff Lovejoy, a local singer/songwriter whose first concert here last year was enthusiastically well-received. That will be on March 1st. Here is the link to that flyer.

The second concert will be on April 8th with pianist/composer David Thomas Roberts from the San Francisco Bay Area. Here is the link to that flyer.

Keep checking the Concerts page on MainlyPiano.com, as I will be firming up other concert dates very shortly.
When pianist Paul Wittgenstein lost his right arm in World War 1, composer Maurice Ravel wrote Concerto for the Left Hand so that Wittgenstein could keep playing.

Among show business people, comedians have the lowest divorce rate.

When Chopin was composing his Waltz #3 in F major, his cat stepped across the keys of the piano, amusing Chopin so much that he tried for the same sounds in what is called “The Cat’s Waltz.”
Favorites for 2016: Michael Debbage and I have posted our lists of Favorite Albums of 2016. Check them out here: Michael's List and Kathy's List
The Grammy Awards were first given in 1959.

Julia Ward Howe (1819-1910) was an American poet who wrote the words of "The Battle Hymn of the Republic" to replace those of "John Brown's Body."


Whisperings All-Star Concert and Awards: The main reason for my trip was the big annual Whisperings Concert in Costa Mesa. Despite the terrible weather and street flooding, there was a very good turnout. I think David Nevue said there were 42 Whisperings artists there, so it was like a big family reunion! The concert was upbeat and fun with six artists performing in the first half and the seven nominees for Album of the Year playing in the second half. The award went to Adam Andrews for his incredible Prayers In the Dark. The other nominees were Greg Maroney, Janice Faber, David Hicken, Kevin Kern, Dan Chadburn, and Shoshana Michel. Congratulations to all of you! I have posted photos of the performers below.
Most opera singers have a career of about 25 years. Age thickens the vocal cords, and dries the tissues.

The first commercial radio station was WWJ in Detroit, Michigan. It started broadcasting on August 20, 1920. KDKA in Pittsburg, PA began broadcasting on August 31, 1920.
February Birthdays: There are a few significant birthdays to mention this month. My student, Lillie Leland, will be 12 on the 3rd; David Hicken will blow out candles on the 7th, Starr Parodi and Penka Kouneva will blow theirs out on the 25th, and Greg Maroney will celebrate his big day on the 26th. Happy Birthday to all of you!!!
For years, Vladimir Horowitz would only give concerts at 4:40 PM on Sundays.

The song "Over the Rainbow" was almost taken out of the movie "The Wizard of Oz,” and the part of Dorothy almost went to Shirley Temple.

Well, that’s all I can think of for this month! Happy Valentine’s Day on the 14th and I’ll see what I can dish up for the March issue! Check out the photos below!

Kathy
Carnival of the Animals by Saint-Saens is a humorous work that represents different animals. Along with selections named for kangaroos, swans, donkeys, etc. is a short piece called “Pianists.” It is a crazy sketch of out-of-control pianists racing up and down the keyboard practicing their scales and exercises.

When Charles Ives’ Concord Sonata and Fourth Symphony are performed, a specially sized block of wood is used by the pianist for striking complex chords directly.

In Frederic Chopin’s Etude for Piano in G-flat Major, nicknamed the “Black Key Etude,” a white key is played only once, with the right hand. 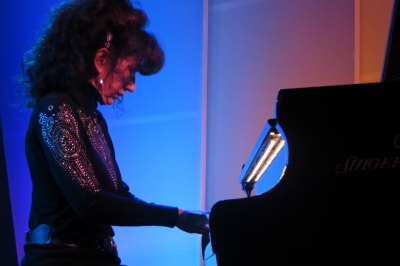 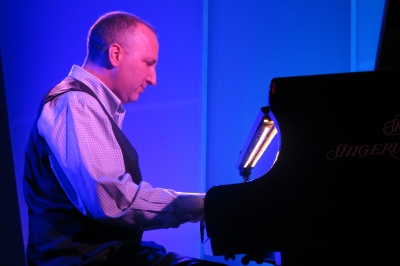 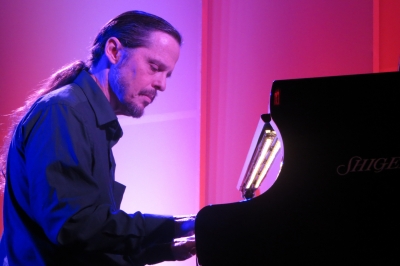 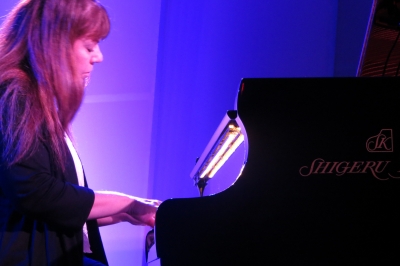 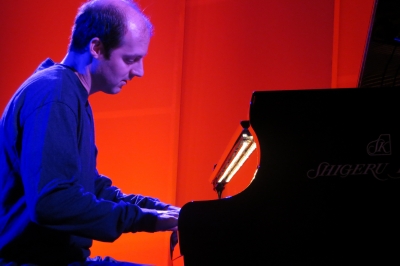 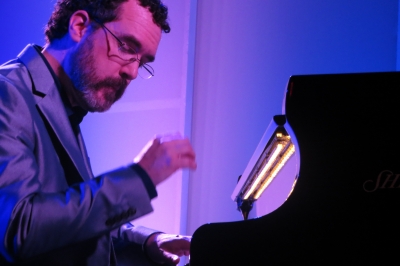 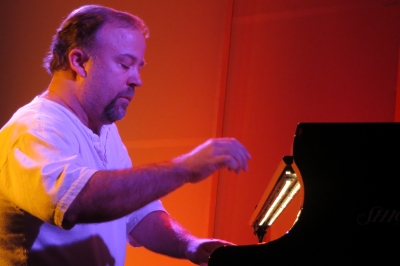 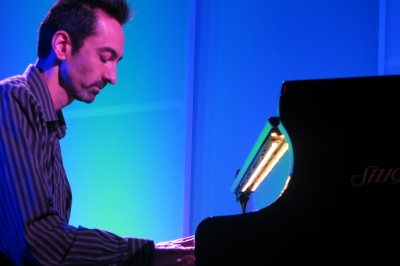 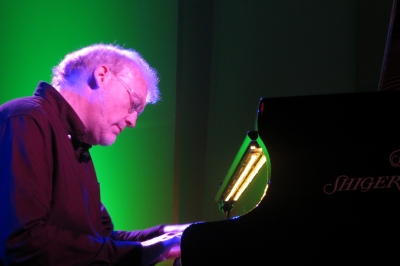 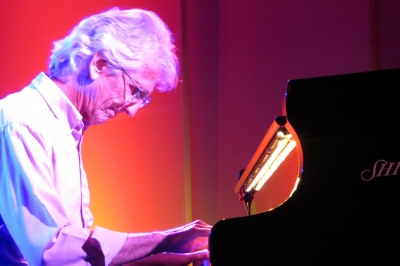 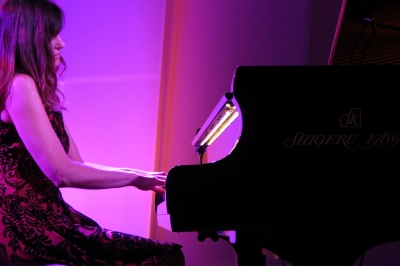 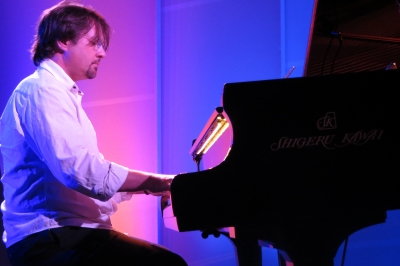 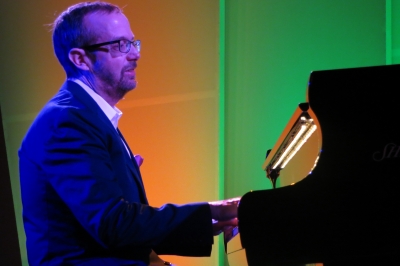 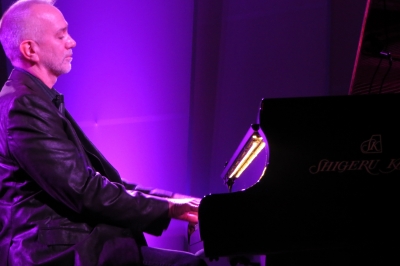 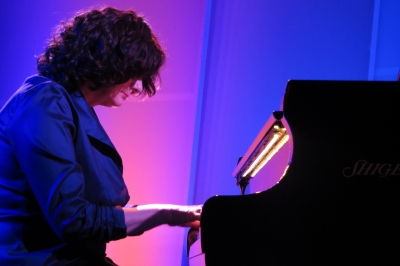 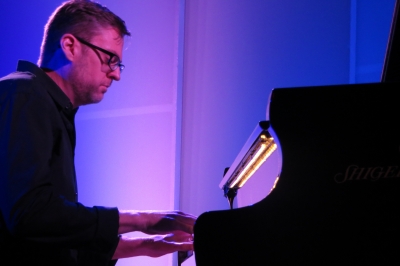 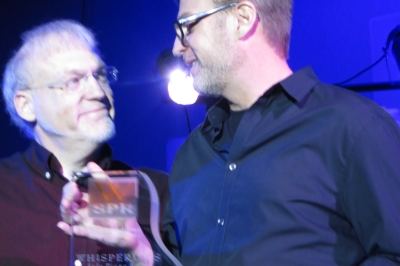 David Nevue presenting Adam Andrews with the Album of the Year Award! 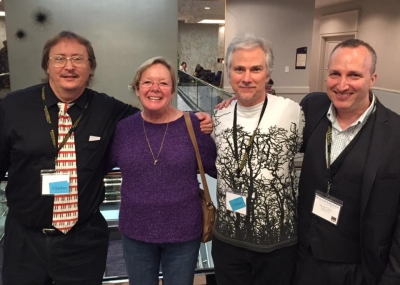