Greetings and Happy November to You!
I hope Halloween was fun for everyone! Now here we go into the holidays and the last two months of 2017! It’s been beautiful here on the coast, but rain is supposed to arrive again sometime tomorrow. Sigh!
The first composition written specifically for the piano was Giustini's 12 Sonatas "for soft and loud harpsichord" in 1732.

In Mozart's and Schubert's time, only people of the same sex could play piano duets together unless they were engaged or married (or if they played separate pianos). Men and women were not allowed to sit that close to one another, and other than shaking hands, it was considered indecent to touch hands unless couples were engaged. A well-bred lady of the time probably would have fainted if her thigh touched a male partner's leg on the bench!

The first book about piano technique was written by C.P.E. Bach, son of J.S. Bach, in 1753.
New Reviews: Michael Debbage and I posted a total of 18 album reviews in October including new music by David Lanz, Joseph Akins, Christine Brown, Jim Chappell and several others. I didn’t get any songbooks reviewed, but I have three waiting for review in November by Christine Brown, Louis Landon, and Pam Asberry. Christmas albums are starting to come in, too, so check back during the month to find out what’s new! Here's the link to the Latest Reviews page.
The first jazz club was founded in Frankfurt, Germany, in 1935, during the Nazi regime.

Square pianos were the most popular style of pianos in American homes in the early 1800's. This was at least partly because their shape was the easiest to move by covered-wagon---the primary means of transporting goods for greater distances at that time.

Interviews: I don’t have a new interview for this issue, but am working on several including one with Joseph Akins. Check back during the month, as I’m sure there will be at least two new interviews added since Michael is working on one with Robert Linton. There will be links from the Homepage.
The first Japanese pianos were built in 1885 by Nishikawa and Sons.

Movable type became the method of printing music that was used most often after 1750. No new methods of "engraving" a musical score were introduced until the 20th century. First there was the music typewriter. More recently, computer-controlled printers came into being.

During the Vietnam War, quite a few prisoners made imitation keyboards out of flat boards with keys sketched in pencil. This enabled them to silently play their favorite pieces while in prison.

Adam Andrews’ House Concert: On October 15th, we had an excellent house concert here with Adam Andrews, the winner of the 2016 Album of the Year for Whisperings Solo Piano Radio. It was a wonderful evening of stories and Adam’s own very special, exceptionally heartfelt music. Here are a few photos: 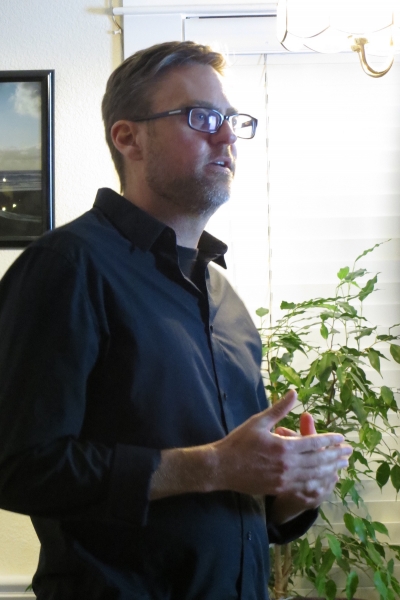 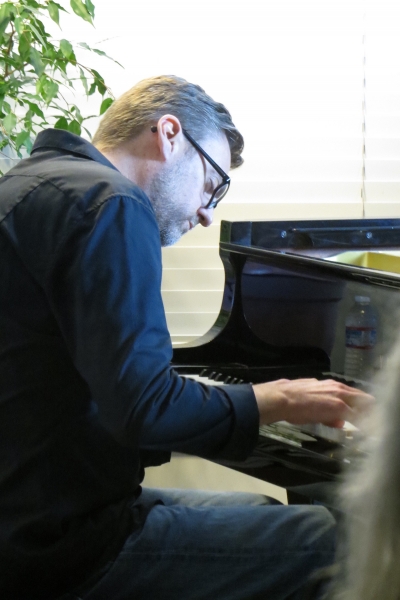 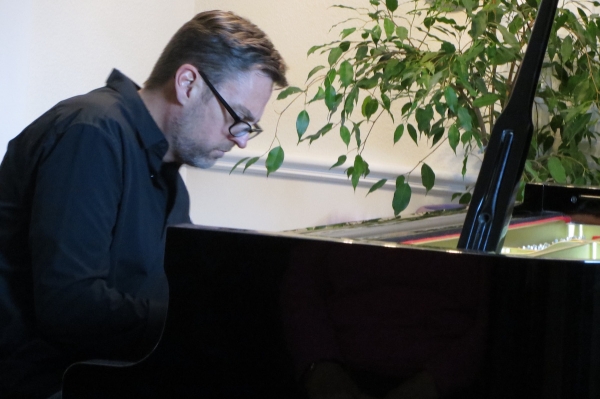 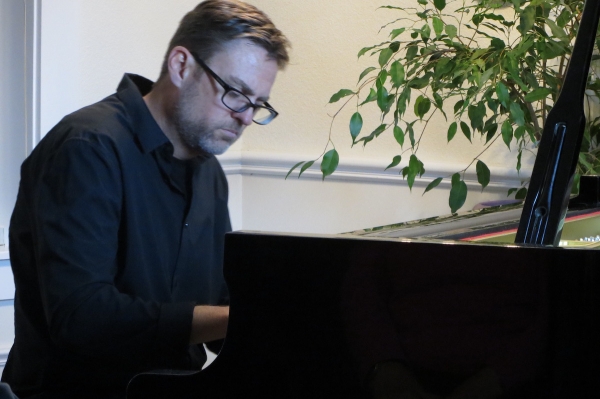 Carl Czerny was one of the most prolific composers ever. Many piano students are familiar with his many books of finger exercises, but he also wrote volumes of more serious music. He published at least 304 pieces built on songs from 87 operas, as well as those from ballets. His output apparently reached Opus 1000! He wrote music from four different writing desks, and would work on one piece to the end of a page, and then move on to another while the ink dried. When he died, he left a large part of his fortune to an asylum for deaf-mutes.

Piano tuning was one of the first professions open to blind people.
Student Recital: On Saturday, December 9th, we’ll have the first student recital in two years. It will just be kids playing this time, and since only a few students will be participating, each will play two or three pieces - a piece of their choosing, a duet with me, and a Christmas song. We’ll have a very special guest, too, as John Paris will be performing his Christmas concert here the following day. John will come up from CA a day early and will play some of his wonderful original music as well as arrangements of Christmas favorites as part of the recital - a very special treat, indeed! And if we’re all very, very good, we might be able to get him to play his own “Black Boots Boogie”!
Dogs are mentioned in more song titles than cats.

The first classical record to sell 1 million copies was a performance of Tchaikovsky's Piano Concerto #1 by Van Cliburn, recorded in 1958.

The first recorded message was "Mary had a little lamb" by Thomas Edison in 1877. His assistant, Mrs. Harriet Atwood, played the piano, thus becoming the first recording artist.
Last House Concert of the Year: Our last house concert for 2017 will be John Paris’ Christmas Concert on Sunday December 10th at 3:00 PM. I should have all of the details on MainlyPiano.com within the week.
Thomas Jefferson was one of the first people to import a pianoforte to the US. He originally ordered a clavichord to give his fiance, but changed his mind once he saw the newly developed pianoforte. He made the purchase in 1771.

Printed collections of music for home use became fairly common in the 1730’s.
Holiday Wishes: It’s time to start thinking about our Holiday Wishes List for this year. If you don’t know what that means, for many years, I’ve been compiling a list of “Two Biggest Holiday Wishes” for the December issue of Pianotes. It started out as an article with wishes from just my students, but then I started adding composers and professional pianists, too. Now we get wishes from all over the world, so it’s a very fun thing to do. As usual, the question will be “What are your two biggest holiday wishes?” I specifically ask for wishes because that opens it up to anything and everything. Wishes don’t have to be wrapped or fit under a tree. They can be ANYTHING. I ask for two because it just makes it more interesting. I make them “Holiday Wishes” so that everyone will feel they can join in. I will most likely put the December issue together the first week or weekend in December. I’ll send out email reminders before Thanksgiving, but anyone who reads Pianotes is welcome to participate. Just send your wishes to me at kathypiano@gmail.com.
Jan Ladoslas Dussek is credited as being the first concert pianist to perform with his right side to the audience (sometime in the 1780's). He was apparently quite handsome and wanted his admirers to have the best view of his profile.

Clavichords and harpsichords first appeared in Europe at the beginning of the 15th century.

Little interest was shown for Bartolomeo Cristofori’s original piano, so he went back to making other kinds of stringed instruments. He died in 1731 at the age of 75.
November Birthdays: We have a pretty long list of musical birthdays this month!

Wow! Happy Birthday wishes to all of you!!!
GF Handel had a rather unique way of dealing with the singers in his operas. When one of them disagreed with the way he wanted her to sing one of his arias, he held her out a window until she saw it his way.

Composer Robert Schumann started out as a very promising concert pianist. His dreams came to an end when he invented a harness contraption that was supposed to strengthen his fingers. Instead, he permanently crippled two of the fingers on his right hand. One of the remedies prescribed by the best doctors of the time was for Schumann to soak his hand in the guts of a freshly slaughtered animal. Yuk!

"Chopsticks" was written as a piano exercise in 1877 by Arthur de Lully. The title was the pen-name of a 16-year-old girl named Euphemia Allen.
Wishing everyone a wonderful November and Happy Thanksgiving to our American readers! Cheers for now! 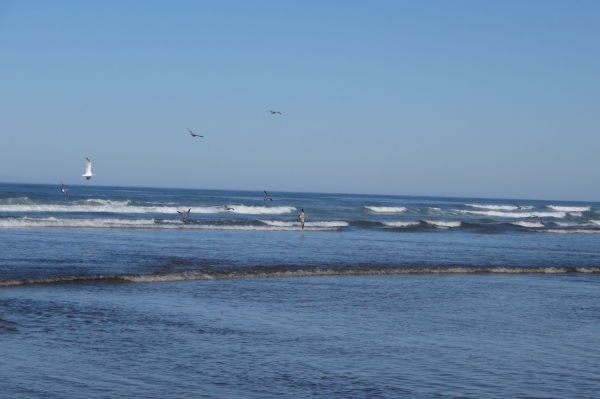 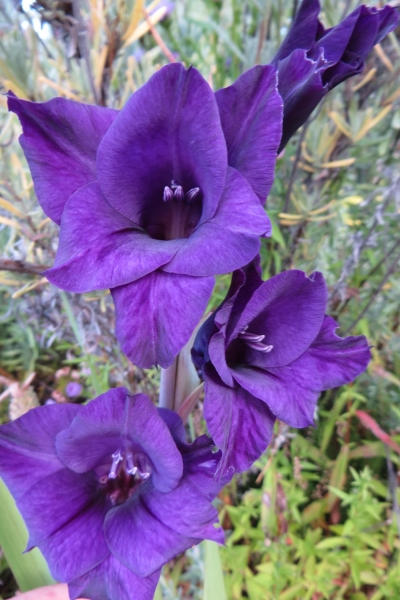 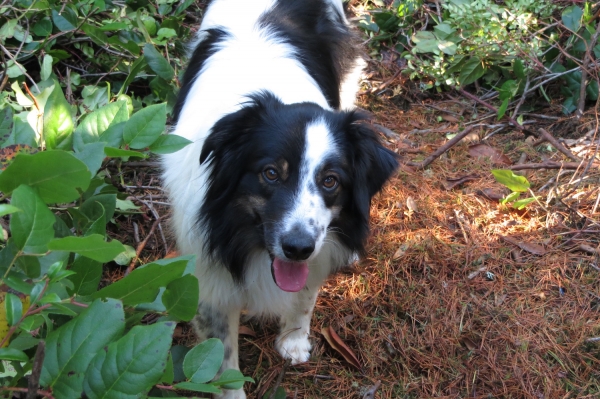 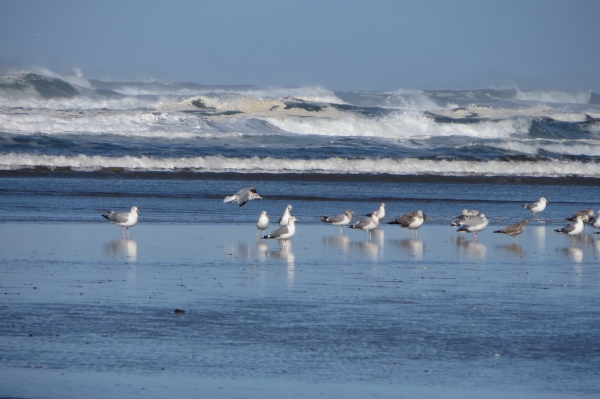