Greetings and Welcome to the October Issue of Pianotes!

September was a very busy month, so it just flew by! We had two great house concerts, I wrote lots of new reviews, and much more! I’ll tell you all about it below! Enjoy!!!
Mozart had a dog named "Bimperl," which means "Little Spot.”

Scott Joplin’s opera, “Treemonisha” is the only ragtime opera and was given its first full production in the 1970’s - long after Joplin’s death in 1917.

Franz Josef Haydn used to pass out cards that said "Gone is all my strength, old and weak am I" to discourage visitors or to turn down work.

New Reviews: I posted fifteen new album reviews in September and three new songbooks. There is some really great stuff here including new albums by David Hicken, Dan Chadburn, new super-group FLOW, and Burt Bacharach (reviewed by Michael Debbage)! The three new songbooks are all stellar - David Hicken, Christine Brown, and Dan Chadburn. Don’t miss any of those! I also had the opportunity to review the CD/book of poetry co-written and composed by Deepak Chopra, Kabir Sehgal, and Paul Avgerinos called Home: Where Everyone is Welcome; I also reviewed the music separately. Reviews coming up in October will include new albums by Christine Brown, David Lanz, Joseph Akins, Jim Chappell, Michael Logozar, Bernward Koch, and many more! I hope my ears don’t fall off!
St. Cecilia is the patron saint of music.

New Interviews: I didn’t have time to do any new interviews in September, but if you missed any of the three (Peter Kater, Rachel LaFond, and Donovan Johnson) I did in August, they are still available on the Homepage.
Antonio Vivaldi (1678-1741) spent most of his life as a violin teacher at a school for orphaned girls. He wrote most of his music for the students at the orphanage, which had developed an orchestra that was famous all over Europe.

Mozart and his wife, Constanze, moved eleven times in the nine years they lived in Vienna.

Franz Schubert gave only one public concert in his life. The newspapers hardly mentioned it since they were all taken up with the recent appearance in Vienna of violin virtuoso, Niccolo Paganini. Paganini was considered more interesting because of rumors that he had sold his soul to the devil in exchange for his incredible playing abilities.

Last Two House Concerts For 2017: We have one concert coming up in October with Adam Andrews, and I’m really looking forward to it! Adam was awarded Album of the Year for last year from Whisperings Solo Piano Radio and although I’ve seen him play live several times, this will be his first concert here. That will be on Sunday, October 15th at 7:00. Here is the flyer with the info.

The last concert of the year will be John Paris’ Christmas Concert on Sunday December 10th at 3:00. John has agreed to come up a day early and be part of my student recital on December 9th, so that’s going to be a very fun and festive weekend!

I haven’t set many dates for concerts in 2018 yet, but we will start the season on March 12th with Robin Spielberg - what a special treat to look forward to!
The singing of hymns was introduced into Christian churches by Ambrose, Bishop of Milan, in 386 AD.

In 1636, the leader of the Russian Church, the patriarch Joseph, banned all music-making in the home. In Moscow, 50 wagon-loads of instruments were burned in a big bonfire and dumped into a river.

Composers GF Handel and Johann Matheson were very good friends. They had a big argument once and settled it by having a sword fight. Music history could have been changed when Handel was stabbed, but Matheson's sword was stopped by a button on Handel's coat.

John Jarvie’s Concert: Classical guitarist John Jarvie performed a wonderful concert here on September 10th. He played an excellent selection of music including his own guitar arrangement of Beethoven’s “Fur Elise”! Here are a few photos. 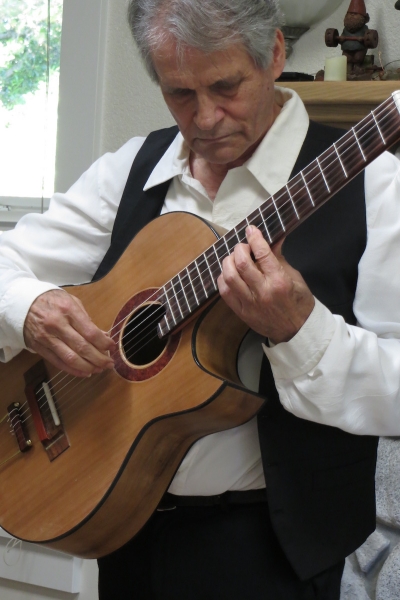 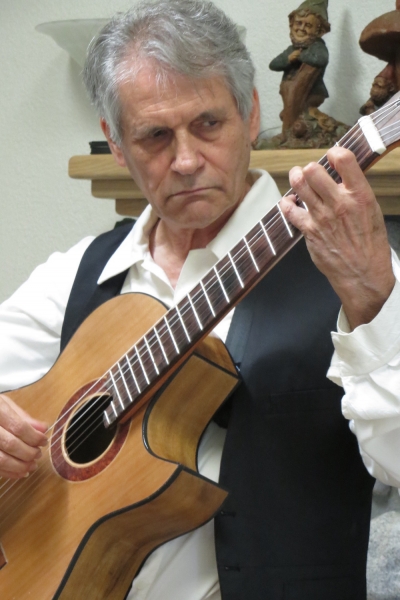 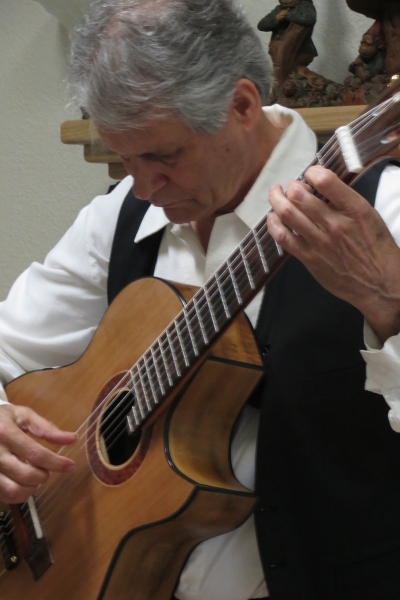 Around 1940, John Cage developed what he called the "prepared piano." He put all sorts of different objects on the strings of the piano to change its sound. Some of the things he tried were pie plates, nails, bolts and screws, rubber weatherstripping, and pieces of paper.

Charles-Henri Valentin Alkan (1813-1888) (real name Morhange) was a French eccentric who composed almost all of his music for the piano. His death occurred at the age of 74 in his Paris home. He was reaching for a copy of the Talmud on a high shelf of Jewish religious books, and the entire bookcase fell and crushed him.

Louis Landon’s Concert: Louis Landon was here on September 28th as part of his Pacific Northwest Tour. Louis did the very first house concert here in October 2008, and the only year he didn’t play here was 2016 because of a scheduling conflict. Louis played from several of his albums, including his upcoming Peaceful Solo Piano Christmas 2 and his recent Departure. It was a great concert!!! Here are a few photos: 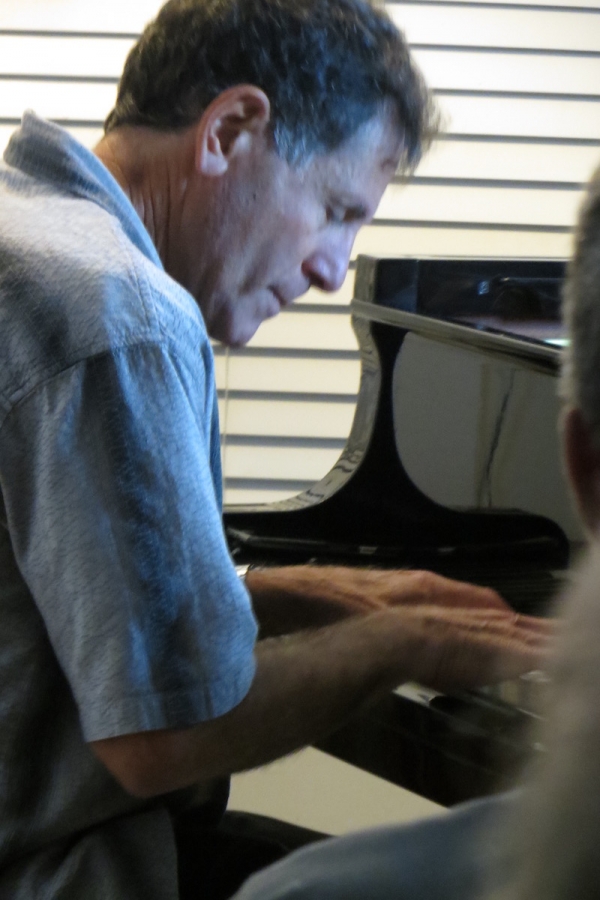 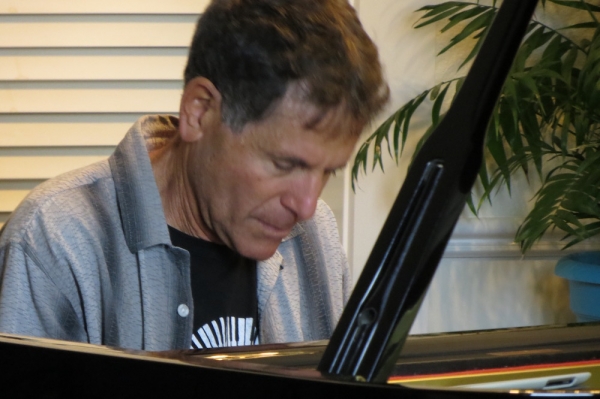 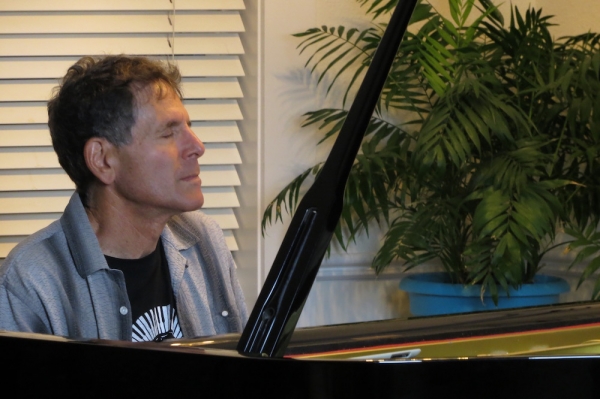 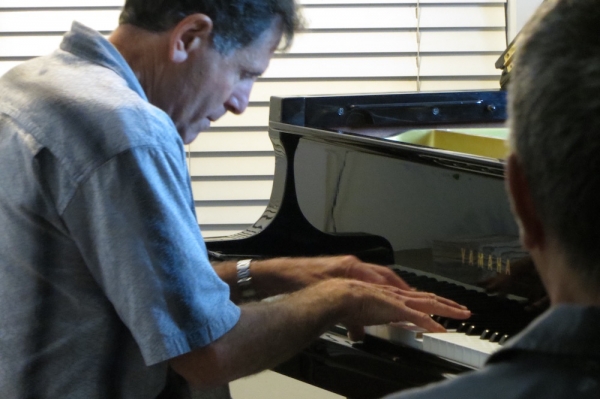 Franz Josef Haydn's compositions have more nicknames that those of any other composer in the history of music. It's no wonder when you realize that he wrote at least 22 symphonies in D major.

"Chopsticks" was first published in Glasgow, Scotland, in 1877.

On August 29, 1952, John Cage's piece "4'33"" was given its first performance by his friend, David Tudor. It was first performed on the piano, although it was intended for any instrument or group. The performer sits in silence for four minutes and 33 seconds.

When they were both seven years old, Mozart proposed marriage to Marie Antoinette. She turned him down.

October Birthdays: Here are a few musical birthdays that will be coming up in October:

Happy Birthday to all of you!!!

Robert Schumann was not only a prolific writer and composer, but also a compulsive bookkeeper. He kept a record of 4770 letters he had received and of 2446 letters that he had written.

The statue in Vienna that was built to honor Franz Schubert cost more than Schubert earned for his music during his lifetime.

That's all I can think of for this month! Have a great October! As usual, I have added a few photos from my yard and around Florence below. 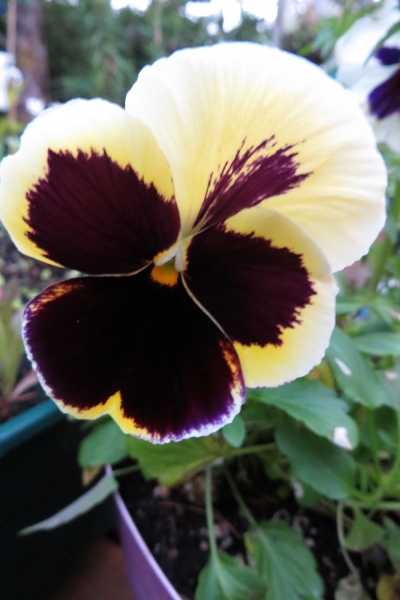 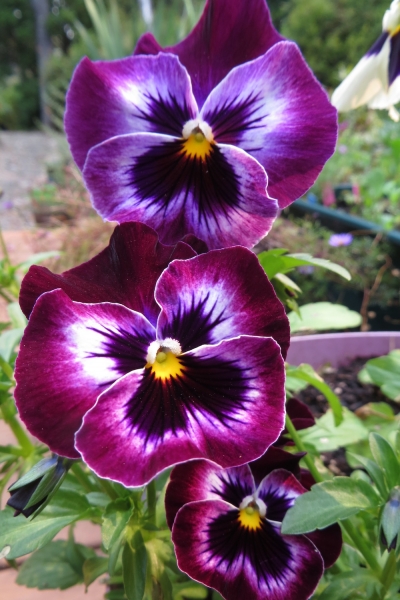 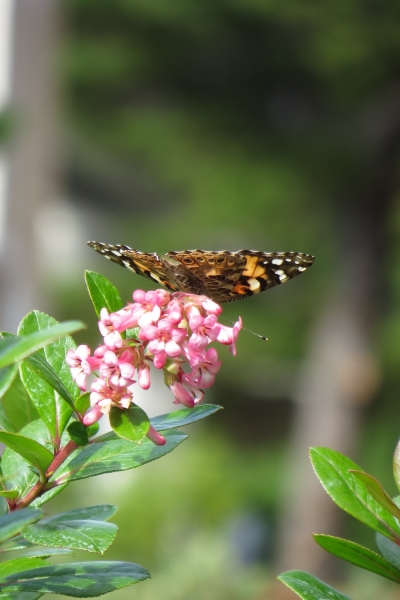 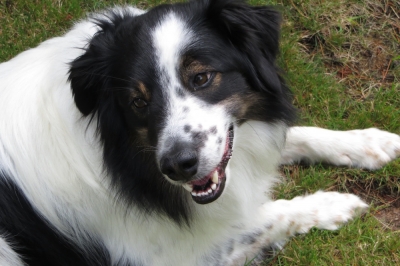 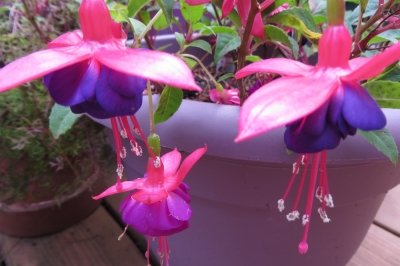 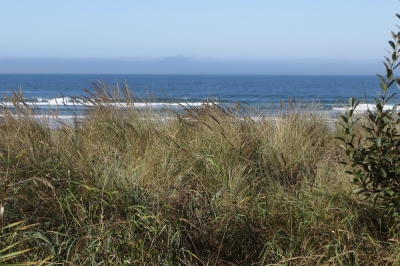