Greetings!
August has been a busy month, so there is a lot of new “stuff” on MainlyPiano.com for you to enjoy including three new interviews and a variety of reviews. Near the end of August, I posted my 2000th review on Amazon, which is a pretty hefty milestone! Not all of those reviews are music, but the vast majority of them are. I wonder how many I’ll write before quittin’ time! We’ll see….

Early pianos had 54 keys, while today's piano has 88. There are several piano makers who add additional keys to give their most expensive pianos more resonance.(Stuart and Sons in Australia has 102-key and 97-key grands, and some Bosendorfer pianos also add keys to the bass.)

The organ was the first keyboard instrument. It used pipes rather than strings to produce its sound.

In addition to “inventing” the piano, Bartolomeo Cristofori invented the "una corda" pedal (the soft pedal) in about 1726.
New Reviews: There is quite an interesting assortment of album reviews this month including one by Faith Angelina, the youngest artist I’ve ever reviewed (she’s 12!!!). You can find them all here. I also reviewed a couple of songbooks by Faith Angelina and Doug Hammer. Links to those are here.
Louis Braille, an organist, originally invented Braille as a way for blind people to read music.

Even though Franz Liszt left Hungary at the age of nine and could never speak a word of Hungarian, at a concert in Budapest in January 1840, a number of Hungarian dukes came onstage and presented Liszt with a richly jeweled sword, the symbol of service or nobility.

New Interviews: There are three new interviews on MainlyPiano.com with three artists who, although they are pianist/composers, are quite different from each other. They are with Peter Kater, Rachel LaFond and Donovan Johnson. (The links will take you to each interview.)
Two Austrians took out a patent in 1824 for a concavely-curved keyboard. The idea was that a longer reach was possible on a curve.

Lower bass notes in music have wavelengths that are about 30 feet long.

W.W. Kimball was established in about 1865 as a maker of cheap, quick-selling pianos and organs. They eventually became the largest piano manufacturer in the world, and were owned by a furniture manufacturer in Indiana. Kimball stopped producing pianos in 1996.

September House Concerts: The house concert season is starting to wind down for this year, but we still have two concerts set for September, one in October (Adam Andrews on 10/15) and one in December (John Paris 12/10). Classical guitarist John Jarvie will be here on Sunday September 10th at 3:00. John is from the Eugene, OR area and is one of our more frequent guest artists. The flyer for his concert is here. Later in the month (9/28), we’ll welcome back pianist/composer Louis Landon. The flyer for that concert is here. I’m really looking forward to both concerts and hope to see some of you there, too!
On the evening of 2/16/95, the jury in the OJ Simpson trial was treated to a private concert by pianist Roger Williams. I don’t know if it’s true or not, but Williams’ publicist claimed he was “the greatest-selling popular pianist in history.”

Hallet, Davis & Co. is the oldest U.S. brand of pianos in continuous production with the first piano created in 1835. The Pearl River Piano Group in China has produced the HD&C line since 2014.

The best-selling pianos in the world are made by The Pearl River Piano Group in China. They also claim to have the largest piano factory in the world. The company was established in 1956 in Guangzhou, Guangdong, China. Pearl River is capable of producing over 125,000 pianos a year, and exports them to more than 100 countries. Most Pearl River pianos are considered entry level instruments. However, they make some (Ritmuller, Kayserburg, and Hallet Davis) to higher specifications with better materials. Pearl River pianos are mostly sold under the Ritmüller brand name for the US and European markets.

Tom Grant’s House Concert Here: Tom Grant made his first (hopefully of many!) appearance in a house concert here on August 10th. Tom has had a very long career as a pianist/composer and performer, and his concert was varied and a lot of fun. Here are few photos: 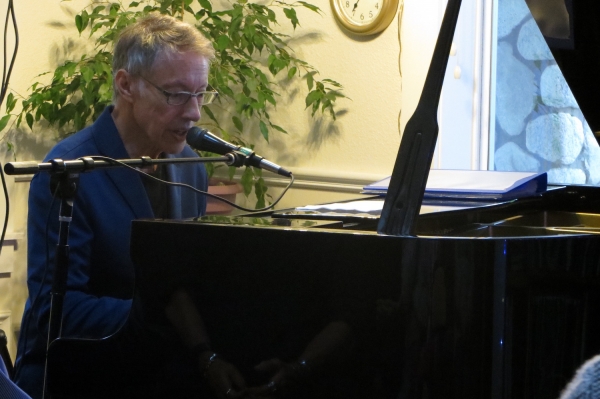 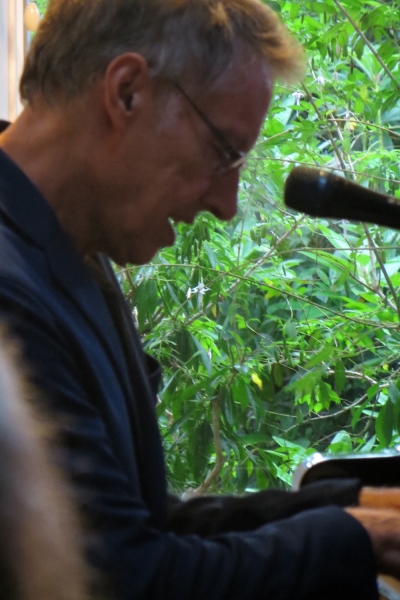 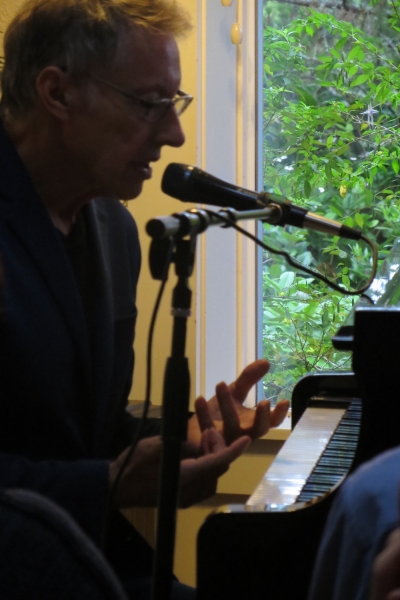 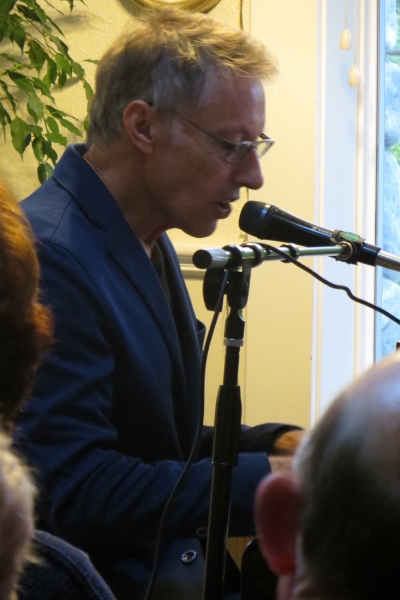 In January 2016, Pearl River Piano Company took over 90% of the shares of Wilhelm Schimmel, a German piano manufacturer in Braunschweig. Operations in Germany remain unchanged and the Schimmel factory is still managed by the Schimmel family.

The existence of the profession of piano tuner was marked in England by the 1840 publication of a textbook, The Tuner’s Guide.

The most expensive upright piano ever sold, a Steinway upright model Z, was originally bought by former Beatle John Lennon in December 1970, and delivered to studios at his home in Tittenhurst Park in Berkshire, England. He composed and recorded the song “Imagine” on it, and was filmed playing the song on it for the first time to wife Yoko Ono and the Plastic Ono band. Believed to be a piece of British history by many, the most expensive piano in the world sold at auction in the year 2000 for £1.45 million (about $2.1 million dollars) to British pop singer George Michael after a “who’s who” bidding war that included several other British celebrities. After using the world’s most expensive piano to record songs for an album, George Michael returned the piano to the Liverpool museum that housed it prior to his ownership. He stated that “the piano was not the type of thing that should be in storage somewhere or being protected, it should be seen by people.”
Dan Chadburn and Tom Nichols’ Concert Here: On August 26th, we welcomed Dan Chadburn and Tom Nichols back for their fourth concert here. This time is was a fund-raiser for Florence Food Share, our local food bank. It was a spectacular concert as always, and Dan previewed some of the pieces from his new album, Held In the Light. The title track was an improvisation Dan did in the studio after hearing about Mom’s fall in June, so this album has a very special meaning for us! Here are a few photos from that concert: 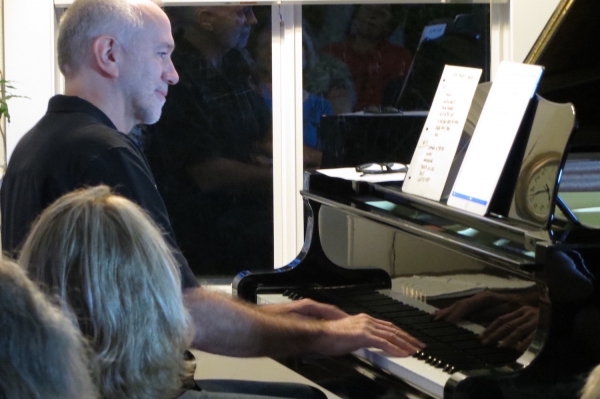 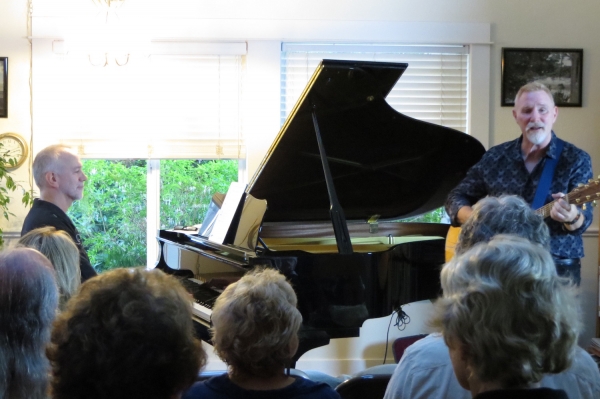 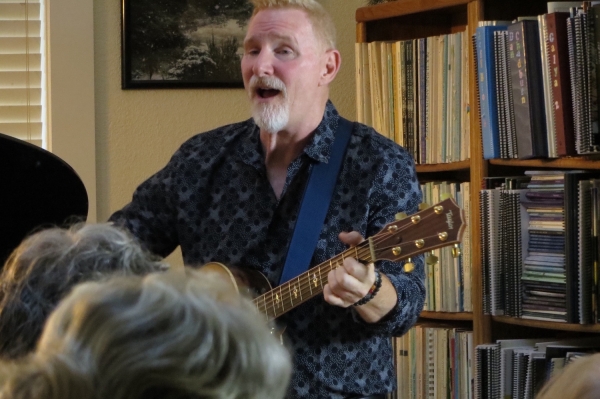 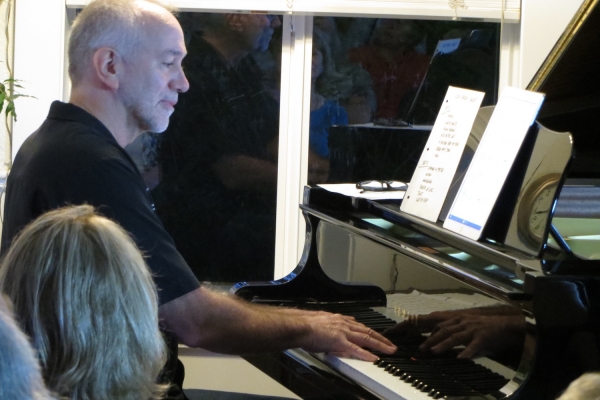 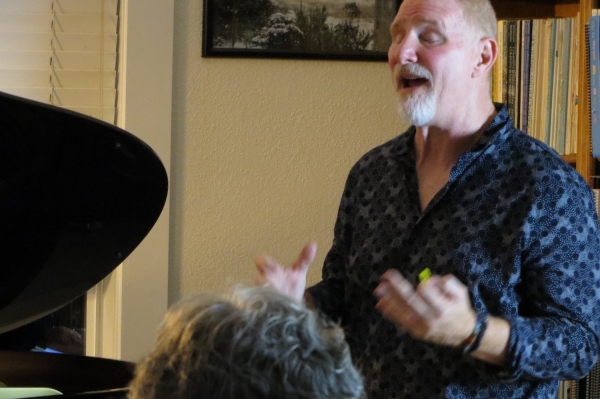 It is possible that the distinctive and powerful tone of Steinway pianos is due to the fact that Steinway and his sons all had hearing problems. They might have been designing pianos that they could hear.

Former Louisiana governor Jimmie Davis wrote more than 400 songs, including “You Are My Sunshine.” Elected in 1944 and 1960, Davis is the only governor to be elected to the Country Music Hall of Fame.

Between Civil War battles, brigadier General Daniel Butterfield worked with his bugler and wrote the tune for “Taps.”

September Birthdays: Here is a list of some of the musical birthdays in September:

Happy Birthday to all of you!
The ancient Romans loved the bagpipes. Emperor Nero is said to have been a bagpipe virtuoso, playing it regularly at public functions. The Romans carried the bagpipe all over the world, but most of the world rejected this musical gift - except the Scots.

The song, “Yankee Doodle” began as a nonsense Dutch song called “Yankee Dudle Doodle Down” in the 15th century. It spread to England as a children’s song before being used to taunt Oliver Cromwell’s Protestants during the English Civil War. Finally, the British turned it on the American colonists in the same taunting vein, not realizing that they would proudly adopt it!

Herds of elephants sing to each other. Although the tones are too low for humans, other elephants can hear the songs from up to five miles away.
That's all the news for this month! Have a great one and enjoy some photos I took in August. The one of the beach is a "fogbow" that we get every so often. Very soft and beautiful! The flowers are from my garden! 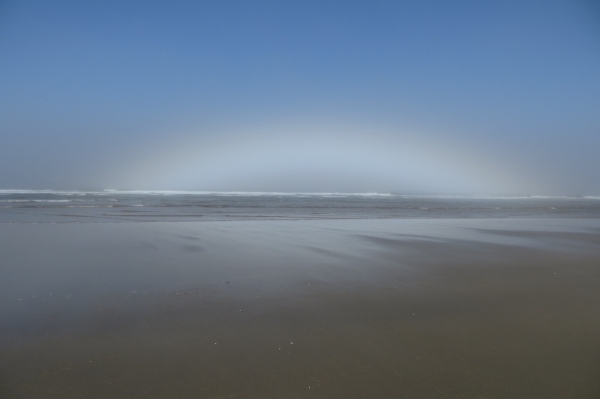 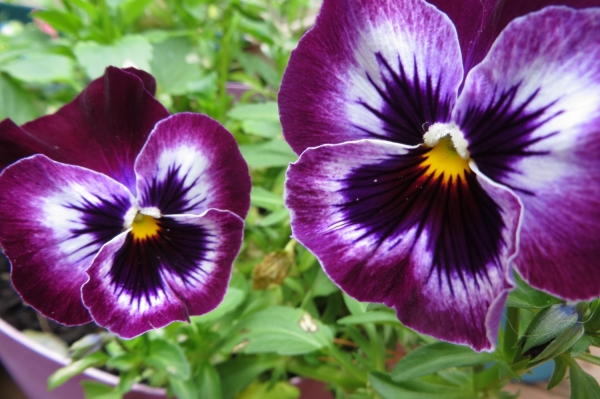 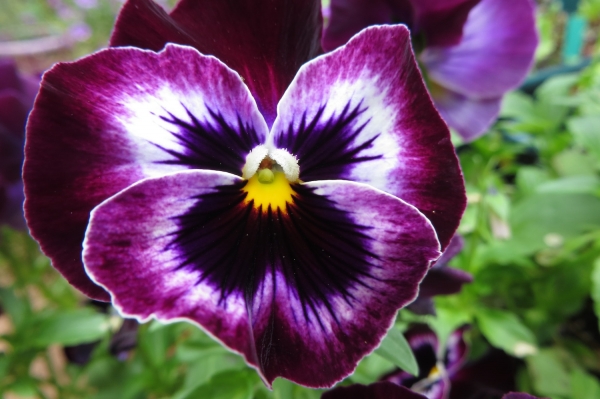 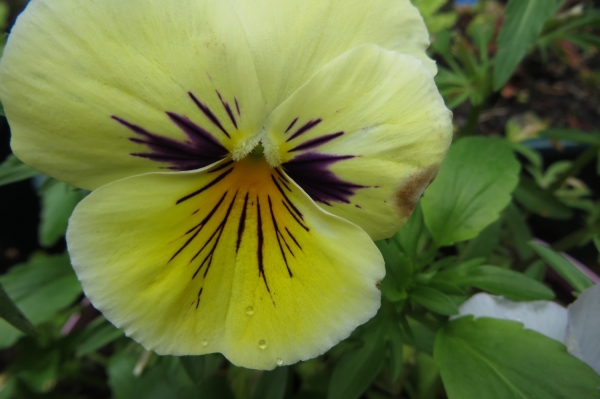 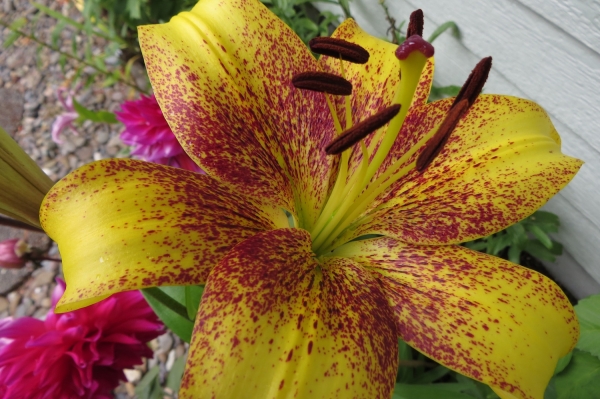