The end of one year and the beginning of another always seems to bring about a time of reflection as well as looking forward to the possibilities of the coming year. Wishing all of you the best of both as well as a year full of promise and new adventures!

In 1800, New York had about fifty gainfully-employed musicians out of a total population of 60,000. Musicians generally worked at two trades, such as “Musician and Grocer” or “Musician and Hairdresser.” That hasn't changed much!!!

The first artists to do a commercial stereo recording were The Dukes of Dixieland. The record was released in 1959 by Audio Fidelity. On the flip-side of the LP were stereo railroad sounds.

The only million-selling record featuring bagpipes was “Amazing Grace” recorded by the Royal Scots Dragoon Guard in 1972.
MainlyPiano.com By the Numbers: I’ve been tallying up the stats for MainlyPiano.com for 2018 and the numbers are kind of surprising. We added a total of 190 reviews of recordings - I did 162 full-length albums and 13 singles, Michael posted 13 album reviews, and Joseph posted 2. I reviewed 20 songbooks, did 10 artist interviews, and posted 6 “other” reviews (books). We hosted 12 concerts here, too. So, at the moment, there are 2307 album and single reviews, 245 songbook reviews, 916 Artist Pages, and 196 interviews on MainlyPiano.com. Whew! No wonder I keep wearing out my computer keyboards!
The Greek national anthem has 158 verses.

The Grammy Awards were first given in 1959.

Julia Ward Howe, writer of the words to “The Battle Hymn of the Republic,” was the first woman elected to the American Academy of Arts and Letters.
New Reviews: The last few months of 2018 brought in the biggest deluge of new music to review that I’ve ever had. We added 20 new recording reviews in December, some of which were incredibly good! You can check them out here.

I didn’t review any new songbooks in December, but I know I’ll have at least two new ones in January!
Frank Sinatra celebrated his 75th birthday with a concert at the ruins of Pompeii, Italy, on September 26,1991.

The three most-frequently sung songs in the English language are “Happy Birthday,” “Auld Lang Syne” and “For He’s a Jolly Good Fellow.”

Between 1927 and 1935, more than 250 songs were written to honor Charles Lindbergh.
New Interviews: Once again, I didn’t have time to do any interviews in December, but I just sent out interview questions to Eric Bikales, Kris Baines and Janine De Lorenzo, so I’ll get those posted as soon as they are finished. I also plan to do interview updates with Greg Maroney and Tobin Mueller very soon, so the Interviews section of the site will become very active again shortly.
Former President Ronald Reagan did a song-and-dance comedy routine at The Last Frontier Hotel in Las Vegas in 1954. He didn't go over very well and his act only lasted two weeks.

Unnoticed sounds that are pitched too low for the human ear to hear can sometimes make people feel sad.

Tin Pan Alley was the birthplace of much of the 20th century's popular music. It actually had two locations within New York City. One was on 14th Street and the other was in the Times Square area.
2018 Favorites Lists: Michael and I are both finalizing our lists of Favorite Albums for the year and plan to post them this coming weekend. They will be accessible from the MainlyPiano homepage.
In a moment of creative genius, one of my former students suggested that criminals should have to listen to unpracticed piano lessons for hours on end. Speaking from experience, that could be ruled as "cruel and unusual punishment," but I love the idea!!

The housefly hums in the middle octave in the key of F.

"The St. Louis Blues" once served as the battle hymn of the Ethiopian army and is also where a professional hockey team got its name.
Holiday Wishes and Music Reviews: If you didn’t have a chance to look at the Holiday Wishes List for 2018, it will be accessible from the homepage for a couple more weeks. Here is the link.


The link to holiday album and songbook reviews will also be on the homepage for a bit longer, but you can find those albums easily any time of year by clicking on the “Explore” link on all of the MainlyPiano pages or by going to any of the artists’ pages.
In 1875, composers Peter Tchaikovsky and Camille Saint-Saens danced the entire ballet of "Pygmalion and Galatea" on the stage of the Moscow Conservatory to the piano accompaniment of Nikolai Rubinstein. Both men were entering middle age and it is not known if they wore tutus.

American composer Stephen Foster had several of his songs published under the name of “E.P. Christy” because he didn’t want to establish a reputation as a composer of “Ethiopian melodies.” In other words, he didn’t want anyone to think he was African-American.

Billy Rose claimed to have written the first commercial jingle in 1924. Its title was "Does the Spearmint Lose Its Flavor On the Bedpost Overnight?" The song made the pop charts in 1961 recorded by Lonnie Donnegan and re-named "Does Your Chewing Gum Lose Its Flavor On the Bedpost Overnight?”
House Concerts: I will be firming up the house concert dates in the next few weeks and will post them on the Concerts pages of MainlyPiano.com as I get them set up. The upcoming concerts will also be on the homepage as I get the dates finalized. It should be a fantastic year for concerts!
Peter Goldmark invented the long-playing album in 1948. Goldmark was killed in a car accident on 12/7/77 - exactly 100 years after Thomas Edison invented the phonograph.

In the 1979 “Muppet Movie,” Miss Piggy’s singing voice was dubbed in by Johnny Mathis.

During the time of the American minstrel shows, white performers often blackened their faces. Grease paint was not introduced in the US until 1868, so the so-called “blackface comedians” covered their faces with ham fat before applying the blackening - usually burned cork. In time, the term “hamfat men” was applied to low-rate actors and was eventually shortened to “ham.”
January Birthdays: Some of the music-related birthdays in January are:

Happy Birthday to all of you!!!
“Sukiyaki” is the only Japanese-language song ever to be #1 on the Billboard pop charts. The original title was “Ue O Muite Aruko” (“I Look Up When I Walk”), but executives at Pye Records changed the title to “Sukiyaki” (roughly translated, “Beef Stew”), assuming that English-speaking audiences would remember that title easier. Even so, some of the cover versions still mangled the title, calling it “Saki Yaki,” “Sukiyaka,” “Sukijaki,” “Sayonara,” and “Sukujahi.”

Liberace used the stage name “Walter Busterkeys” while making the transition from a classical pianist to a night club performer.

Benjamin Franklin invented the harmonica, an improvement on the musical glasses.
Once again, Happy New Year!!! Below are some favorite photos from December 2018. 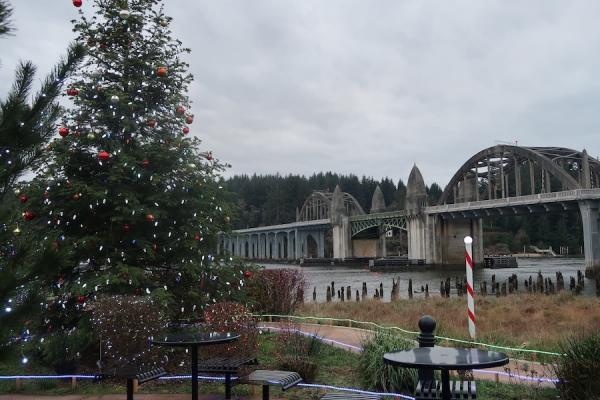 The Siuslaw River Bridge in Florence, OR 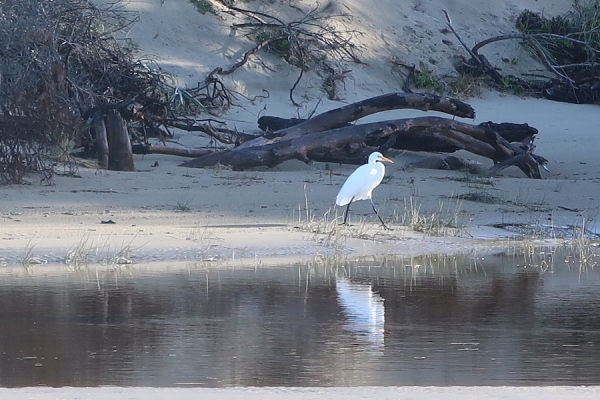 Egret at north end of Heceta Beach in Florence 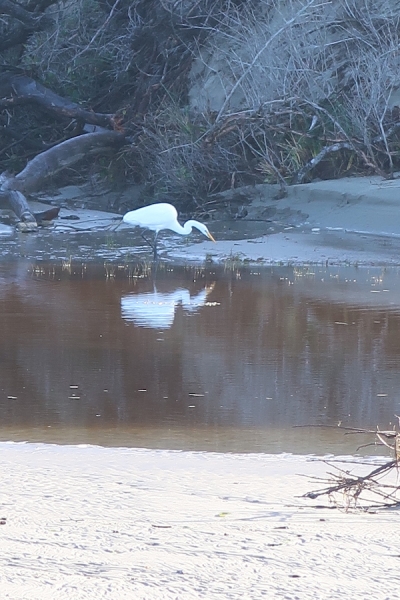 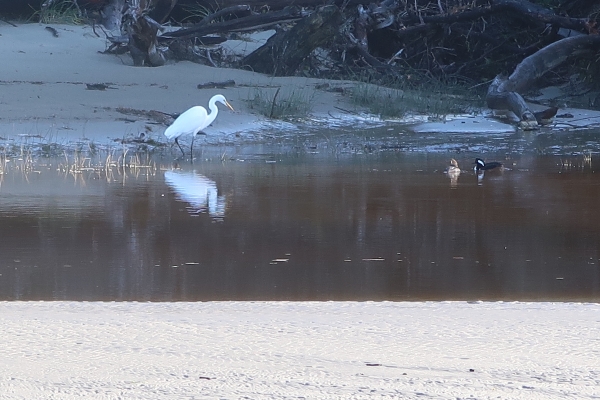 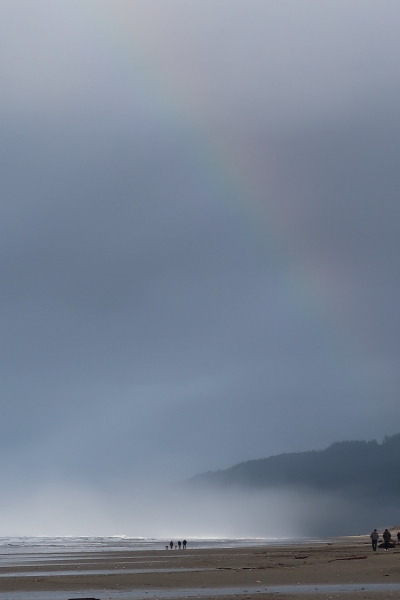 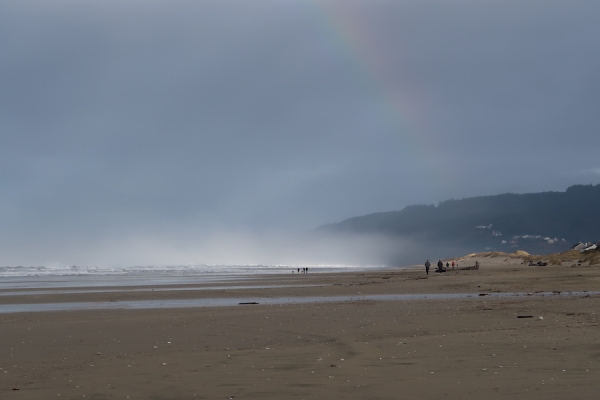