2019 is off to a great start! We’re having a fairly mild winter (so far!) here on the Oregon Coast, and life just keeps rolling along! I have lots of news for you, so let’s get right to it!
A major star throughout Denmark and much of Europe when WWII broke out, pianist/comedian Victor Borge often poked fun at Hitler and other top Nazis during his performances. When the Germans invaded Denmark in April 1940, Borge left everything behind and fled Europe. When his mother was in the hospital, Borge put on a false beard and crossed back into Copenhagen to visit her.

Liberace wore a gold artificial fingernail that had a candelabra engraved in it.
New Reviews: We’re off and running with new reviews for 2019! We’ve already gotten some great new releases for this year, including Greg Maroney's Secrets of the Sea, and Waiting’s End by KeithTim Anderson - both are exceptional! I also reviewed Piano Odyssey by legendary rocker Rick Wakeman and Let There Be Cello by 2Cellos - absolutely mind-boggling! I also reviewed William Ogmundson’s new single, a 38-second tour de force called “Squirrel’s Last Crossing.”

There are three new songbook reviews for sheet music by Justin Levitt and Jason Tonioli.

I've started reviewing a series of short books published by Hourly History. Their books cover a staggering number of historical figures and events, and they are all meant to be readable in about an hour. I have new reviews of their books on Mozart, Beethoven and Elvis! Quite a few of their offerings are free downloads on Amazon. Check 'em out!

You can find these reviews - and many more! - here.


In the mid-1990’s, a lock of Beethoven’s hair was purchased for $7300 by the founder of The Center for Beethoven Studies at San Jose State University (CA) and his partner, a surgeon from Arizona. The hair was apparently snipped as Beethoven lay in state in 1827 (many people took clips of hair from his corpse). The two had the hair DNA-tested and a book was written about the findings as well as how the hair made it to the auction block 175 years after Beethoven’s death. The book is called "Beethoven’s Hair."

John Kozar’s Grand Piano Symphony, written for forty pianists on twenty pianos, was a big hit in China. It sold out two performances in the 11,000 seat Nanjing Arena in 1995.

Former President Richard Nixon studied violin, clarinet, saxophone and piano as a youth and continued to play the piano during his presidency.

New Interviews: Well, I hope I made up for lost time with three new interviews this month! I interviewed Eric Bikales, Greg Maroney, and Kris Baines. All are incredible pianist/composers, but they have very different stories. I hope to get at least two more interviews done in February.
British organists are (or were) given an income tax allowance for "frequent trouser replacement" because they wear out the seats of their pants from sliding around on the benches while pedaling.

Dwight H. Baldwin was a music teacher from Cincinnati, Ohio. He was 41 when he decided to leave the teaching profession to start selling the pianos he had so often recommended to his students.

House Concert with David Hicken I still have a few dates to finalize, but the house concerts will be ready to start again with one of my favorite pianist/composers, David Hicken, on Sunday March 3rd at 3:00 (3/3 at 3!). David was here four years ago and just returned from a three-city concert tour of Russia, so I’m very excited to have my very good friend kick off the concert season! Here is the link to the flyer for that concert.
Louis Moreau Gottschalk was the first pianist to arrange what has become known as a "monster concert" with large numbers of pianos and pianists playing together. He wrote "The Siege of Saragossa" for ten pianos, and it was first performed in June 1852.

In 1821, a "moderately priced" cabinet piano by Clementi and Co. was priced at $475. American pianos were priced at around $200 and were considered to be very inferior to imported pianos.

Harry S. Truman was America’s first pianist/president. He often played in public and played on a televised tour of the newly-renovated White House.
House Concert Schedule: This isn’t the final concert schedule, but it’s what I have so far. We have some new artists as well as some favorites who have been here more than once. I hope we can give all of these wonderful artists a great welcome! All concerts are at 7:00 PM unless otherwise noted:

May 16: Hiroya Tsukamoto (solo guitar)
31: Darlene Koldenhoven (piano and vocals plus a possible workshop on 6/1)

These dates are all finalized, but I’m still working on dates with Scott Cossu, Fiona Joy, and Neil Patton. I’ve already started a list for next year!

You can always find the latest schedule here.
QRS, the leading maker of player piano rolls, purchased the piano manufacturer, Story and Clark/ Classic Player Piano Corp. in 1994. This is an interesting note because Melville Clark of Story and Clark founded QRS in 1900.

The first pneumatic player piano was granted a patent in France in 1863.

Annual Favorite Albums Lists: Michael Debbage made his annual list of Favorite Recordings for 2018 in the manner that we’ve always done them, but I just couldn’t. I reviewed 175 recordings for the year and there was just too much great music to have to narrow the list down to a few. I decided to feature all of my “Picks” for the year as my Favorites. No one seems to mind! Here is the link to my list and here is the link to Michael’s.
As the Queen Elizabeth II was making its way to the Falkland Islands in the spring of 1982 during Britain’s conflict with Argentina, the crew dumped a Bosendorfer piano (one of the most expensive pianos) overboard to make room for a helicopter to land on the ship.

Steinway pianos have occasionally been put onboard submarines for deep-sea entertainment. They have fared quite well despite the undersea pressure.

During the 1960’s, duo-pianists Ferrante and Teicher sold more than 20 million records and at least thirty of their albums were on the Billboard charts between 1961 and 1972.

February Birthdays: Here is a partial list of the February musical birthdays:

None of Cristofori’s pianos had pedals, although he developed an una corde system (soft pedal) in 1721.
Here's to a great February! I'll post a few photos below that I took in January. 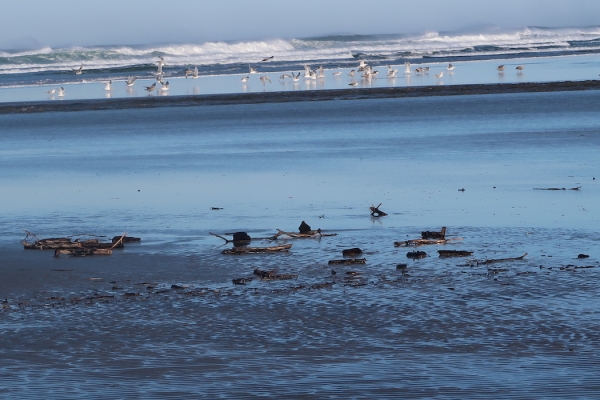 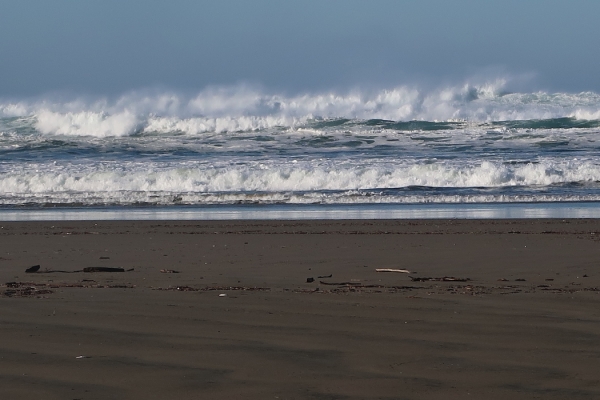 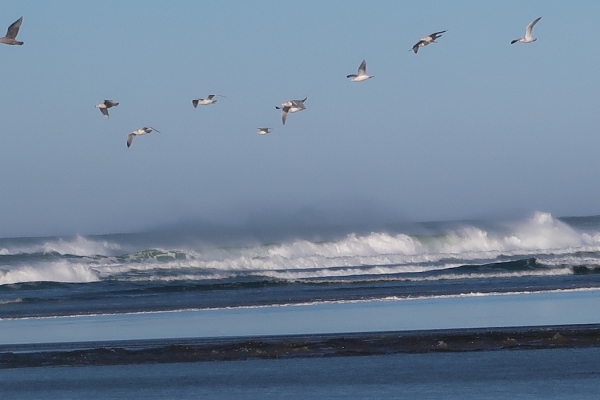 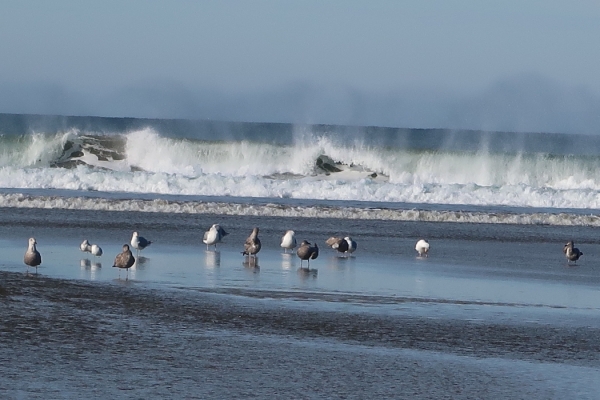 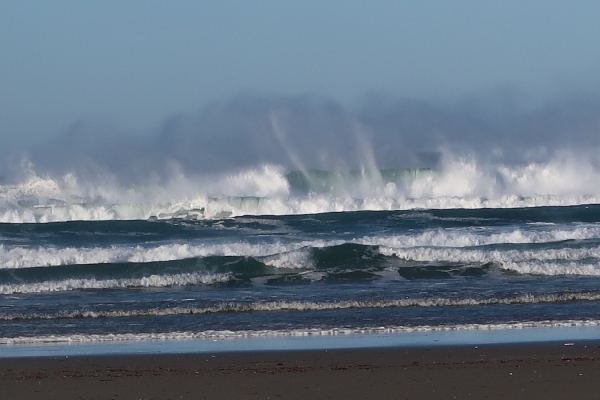 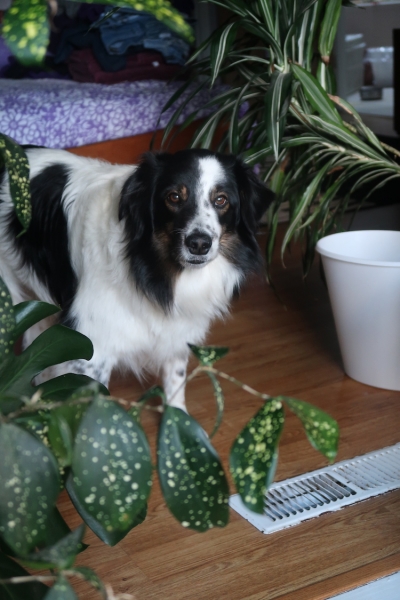