Greetings and Welcome to the March issue of Pianotes!

What an insane weather week we’ve had on the West Coast! I know it’s been crazy everywhere, but Eugene got one of the five biggest snowstorms ever! It’s not done yet, but the weather should start improving by the end of the week. In the meantime, here is some light reading to warm you up.

In November 1989, Albi Rosenthal paid L880,000 (more than $2 million) for a manuscript signed by Robert Schumann. The manuscript was of Schumann's only finished piano concerto, begun in 1841 for his wife, Clara. The manuscript also has her handwriting, indicating that she apparently helped compose the concerto. Rosenthal bought the piece for a German library.

The first foot-operated damper (sustain) pedal was built by John Broadwood of London in 1783.

The term “grand piano” was introduced in 1777 in Robert Stodart’s application for an English patent for a combination piano-harpsichord. It was called “grand” to distinguish it from the smaller square pianos being made.
March House Concerts: We have two very exciting house concerts coming up in March. David Hicken will be opening the series on March 3rd at 3:00. I’ve seen his play-list and it’s going to be a great concert with older favorites from his original 2007-2008 trilogy (Goddess, Angels, and Faeries) as well as many of his newer pieces. Here is a link to the flyer for that concert.

Later in the month, Jim Chappell will be here to kick off his latest tour. His concert is on March 28th at 7:00 PM. Jim is releasing a new album this spring, so this concert will also be a mix of older and newer material. Here is the flyer for that concert.
On some of the pianos of the early 1800’s (both uprights and grands), there were as many as seven pedals, including a buzzing bassoon stop, a muting moderator, a thumping and jingling military stop, as well as the damper and una corde (soft) pedals.

Early pianos were made in small workshops where a single craftsman and a few assistants produced instruments on a very small scale. Bartolomeo Cristofori was employed by a rich, music-loving prince, so he had the advantage of being able to build one piano after the next, adjusting his designs as he gained more experience. He was also able to train assistants, some of whom started their own workshops.

New Reviews: There are ten new album reviews posted on MainlyPiano this month with many more to come! I also re-posted my review of Matthew Mayer’s Beautiful You after he won the “2018 Album of the Year” award from Whisperings Solo Piano Radio. Congratulations, Matthew! Links to the recent album reviews are here.

I also reviewed Shoshana Michel’s new songbook, Reflection. Songbook reviews are here.
Clara Schumann was the first pianist to make a practice of playing from memory in public, in about 1840. Before her, it was considered an insult to the composer to play without the written music.

The earliest upright piano we know of was made in 1739 near Florence, Italy. The case is a little more than 6 1/2 feet tall and sits on a stand that lifts it another 2 1/4 feet.

It is believed that nineteenth century piano virtuosa Teresa Carreno kept a gun on her piano to keep her children from bothering her during practice sessions!

New Interviews: I have three new interviews this month. The first is with Tobin Mueller, one of the most prolific and versatile artists on MainlyPiano. The second is with Jim Chappell who is launching a new tour this month that will include a house concert here in Florence the end of the month! The third is with Janine De Lorenzo who has an amazing story. I have several more interviews in the works for the near-future, so keep checking back!
In what is likely the first press interview with a musical instrument-maker, in 1711 Cristofori gave such a detailed description of his invention (the piano) that instrument makers all over Europe could duplicate his work and build their own pianos. The article was translated into German in 1725 and likely inspired pianos to be built in Germany as well.

When Napoleon III was married, Queen Victoria gave him a piano that was built in the shape of his hat. It is still in a museum in Tokyo.

The damper pedal is often referred to as the "loud" pedal, but it does not change the volume of sound that comes out of the piano. It only sounds louder when the player holds it down for too long and all of the strings are vibrating at once!

2019 House Concerts: This list isn’t final yet, but here are the house concerts that are on the calendar so far. All of the concerts start at 7:00 PM and are piano unless otherwise noted:

You can see the updated line-up here anytime!
The original upright pianos were about 15% more expensive than grands. They were about 7 1/2’ tall, very top-heavy, and inclined to tip over with a real crash! They were often referred to as "giraffes.”

In 1903, the Society of American Piano Manufacturers burned a 50' high pile of square pianos in Atlantic City. The reason they gave was that they wanted to stimulate the sales of the newer piano models. As a result, square pianos are now quite rare.

That should bring us up-to-date for this month! I’m attaching a few photos of a spectacular sunset on February 26th just before it started to snow. It really looked like the sky was on fire! The other photo is of our deck after the light snow a couple of weeks ago. Have a great March!

The first damper pedal was a lever operated by the knee.

The earliest German upright pianos were called pyramid pianos because of the symmetrical shape.

The first American piano builder was John Behrent of Philadelphia. He built his first piano in 1775. 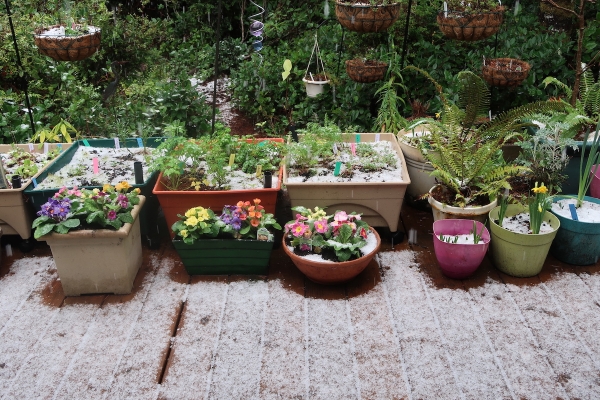 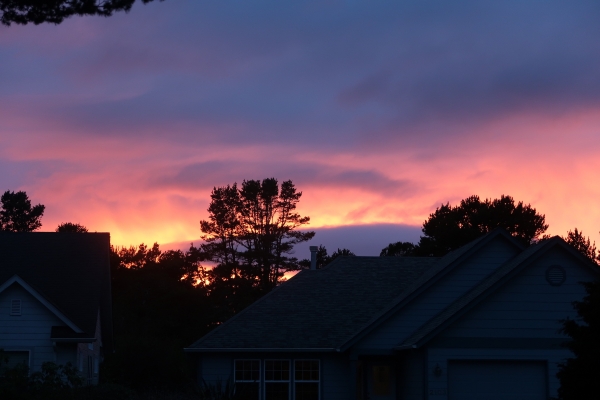 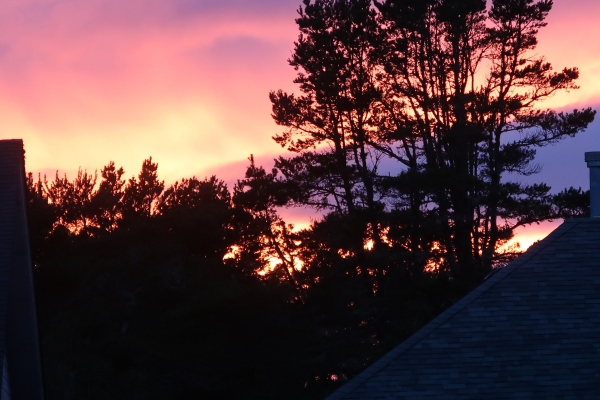 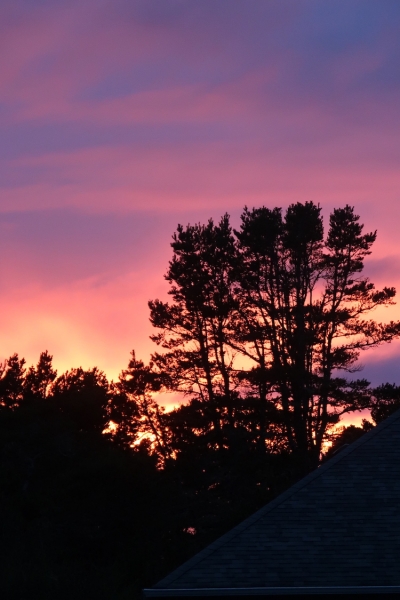