I’m writing this on April Fool’s Day, but I promise not to print any jokes or pranks! March was a very full month, so I didn’t get as many reviews or any interviews done, but I hope to make up for “lost time” in April. Mom fell and broke her shoulder on March 1, but she’s doing a lot better and won’t need surgery to fix the fractures. We got the house concert series off to a great start, too, so here we go……!
Domineco Scarlatti is credited with inventing the technique of playing the piano cross-handed. He eventually got so fat that he was unable to play with his hands crossed.

David Lanz and Paul Speer’s “Behind the Waterfall” (1985) is considered to be the first “new age” single.

The piano was "invented" in about 1709, by Bartolomeo Cristofori, who was a harpsichord builder. Harpsichords and clavichords were the keyboard instruments of the day, but they were very quiet instruments and no matter how much force the player used on the keys, the volume never changed. There was a movement in the late 1600's and early 1700's to put a great deal of emotion into the creative arts, so Cristofori set out to find a way to make keyboard instruments more expressive. Harpsichords have a mechanism that plucks the strings when the keys are pressed, so there is no way to change the volume. Cristofori found that by having hammers hit the strings, the volume could be more varied. He called his invention a "pianoforte," which means "soft and loud."
New Reviews: As I mentioned, last month I didn’t get as many reviews posted as I usually do, but I did several in advance of the release dates of the albums, so I have a few “in reserve”! Here is the link to the album reviews. I also reviewed a couple of piano songbooks.
Some of the women of Beethoven's time claimed that the composer did not have any rhythm while dancing.

Several devices have been invented over the years to automatically turn pages for pianists, but for some reason, none of them caught on - until the iPad!!!

King Leopold I of Austria had a harpsichord in every room of his palace so that he could try out any musical ideas that might occur to him.
New Interviews: I didn’t have time for any new interviews in March, but I’m working on one with David Nevue and plan to get interview questions over to William Ogmundson in the next week or so. Check back periodically and see what’s new!
The first cast iron frame for the piano was introduced in 1825 by Alphaeus Babcock of Boston. This allowed for much greater string tension and higher playing volume.

Several years ago, pianist/composer Spencer Brewer was surprised to find that he was receiving royalties from something coded “SS” on his statements. He made some phone calls to find out where they were coming from, and learned that they were indeed from the US Secret Service. Spencer’s “Dreamgift” was one of then-President Ronald Reagan’s favorite songs, and he insisted that it be played whenever he boarded Air Force 1.

April House Concerts: We have two exciting solo piano concerts coming up in April! The first one is with Dan Kennedy on April 5th at 7:00. Here is the link to the flyer for that concert.

The second concert will be with Kate Moody on April 26th. I will get the flyer for that concert done in the next day or two. Here is the link.

The schedule for the year is here. I know there will be a few changes, but these are the concerts that are set!
The first magazine devoted to the piano was Pianoforte, which was first published in London in 1797.

As a conductor, Peter Tchaikovsky was always very nervous and had a morbid fear that his head might fall off in the middle of a piece.

"Opera" is the plural in Latin for "opus," which means “work.”

David Hicken’s Concert: We started the 2019 house concert season with David Hicken on March 3rd. And what a fantastic concert it was, earning David TWO standing ovations that were very well-deserved! David played pieces that spanned his solo piano career from his Goddess album (2007) through Transitions (2018). Here are some photos from the concert. 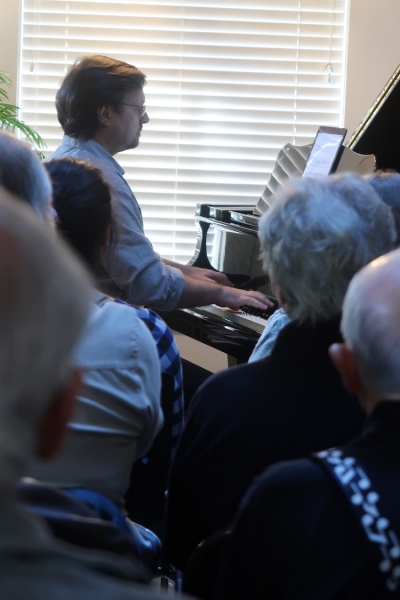 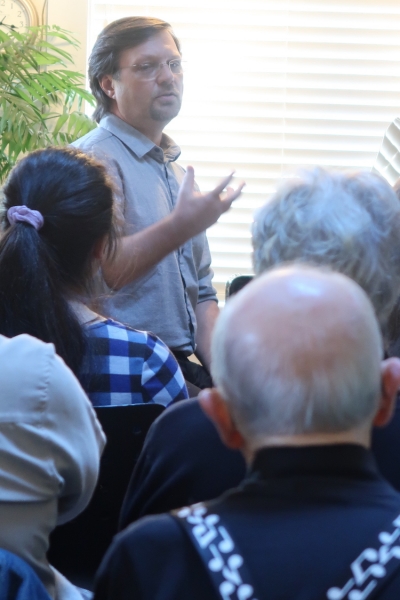 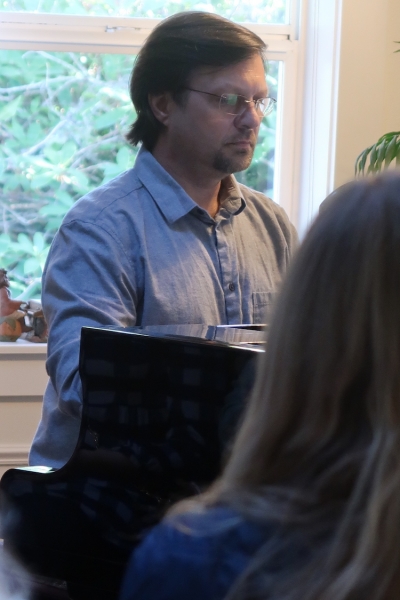 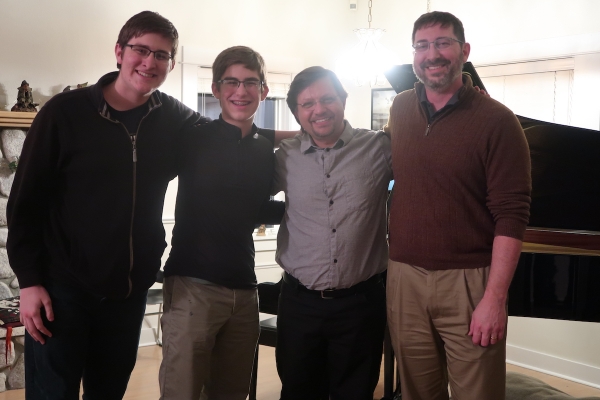 David Hicken with some devoted fans! From the left, Eli, David, David and Brian Nicholas.


David stayed with us a few extra days, which was a treat! One of the things we did was visit Lance Montfort Myeres, a new friend of mine who is a harpsichord builder. Lance also has a Broadwood piano from the late 1800’s and a vintage Steinway grand (to name a few!). David had a great time trying them all out, and I took some photos of him playing one of Lance’s beautiful harpsichords. The underside of the lid of this one was “illustrated” by Lance’s brother, Mark Myers, a maritime artist who is now living in England. Lance did the paintings on the case and under the strings. Here are some photos from that afternoon and evening: 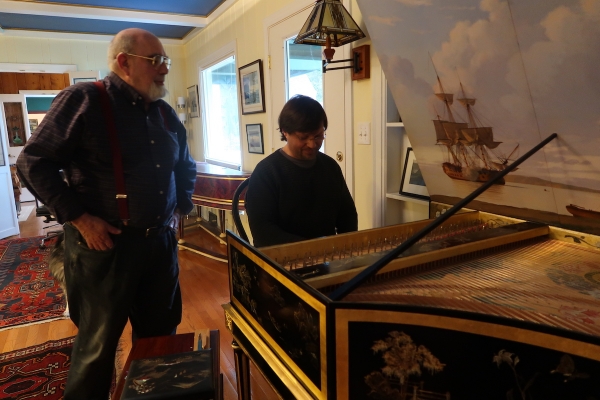 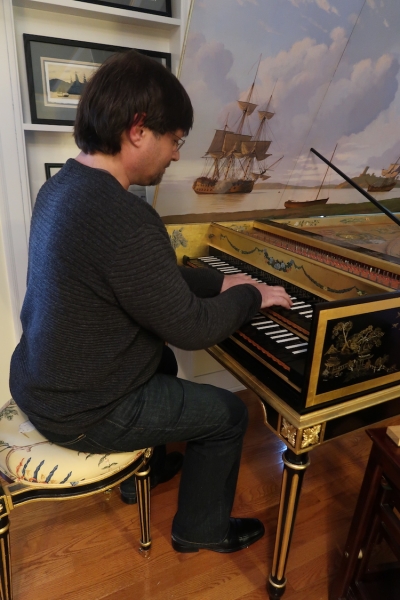 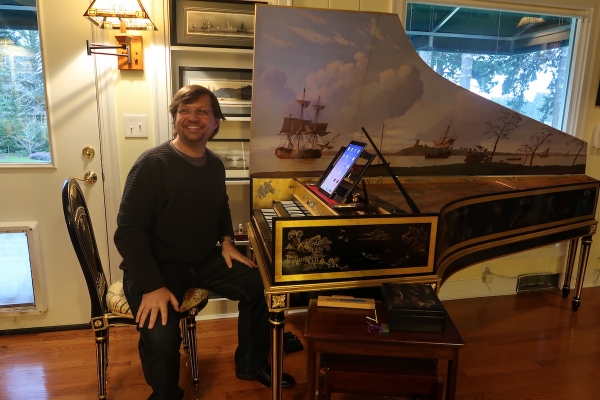 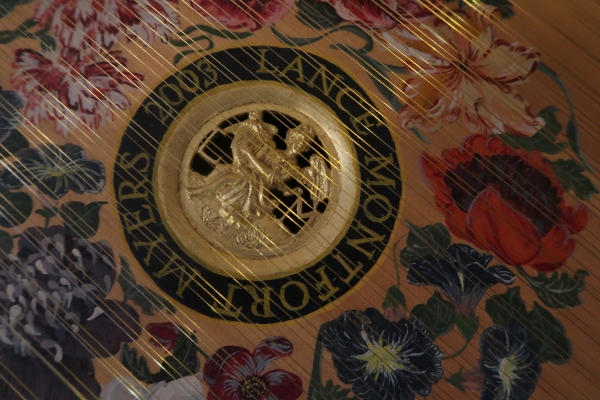 The inside of the harpsichord. 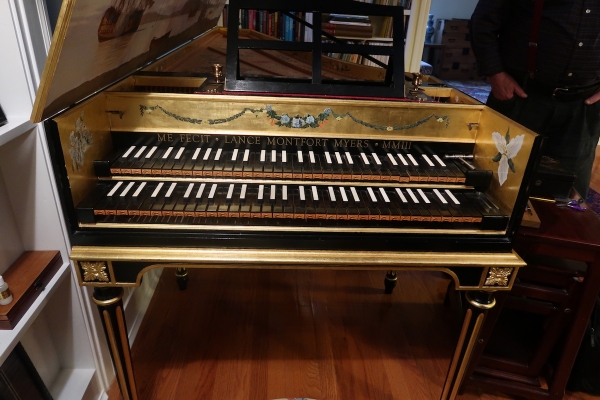 A magnificent instrument!
Franz Liszt performed the first solo piano recital in Rome in 1839. Before then, pianists played between acts of plays or between the performances of orchestras or chamber groups. Liszt also started the tradition of playing the piano sitting on a bench rather than a hard-backed chair.

The first African-American band to play in Carnegie Hall was Count Basie’s Band in 1939.

Yamaha started making articles other than pianos out of leftover piano and organ parts. In 1932, Yamaha made 4000 pianos, 20,000 organs, almost 3 million harmonicas, and 369,000 square meters of veneer, as well as mantelpieces and airplane propellers.

Jim Chappell’s Concert: Jim Chappell made his second concert appearance here on March 28th and performed a wonderful selection of music from his many albums, including his new one, Moonlight In Madrid, which was just released last week. I haven’t heard the album yet, but the pieces he played from it were great! We also had a chance to meet Jim’s daughter, Leila, who was traveling with him for his three concert stops in the Pacific Northwest. Here are some photos from Jim’s concert. 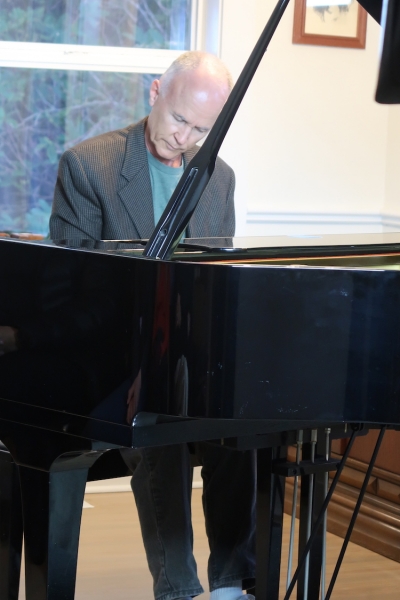 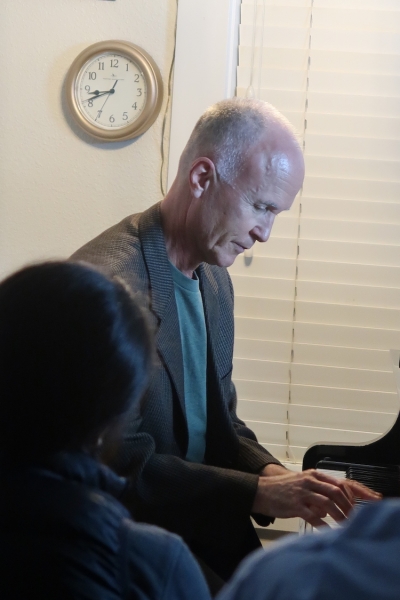 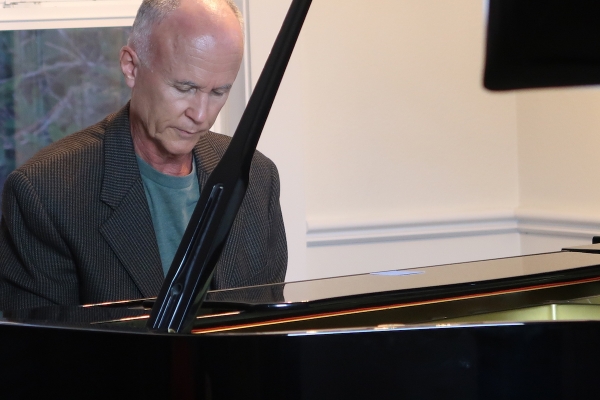 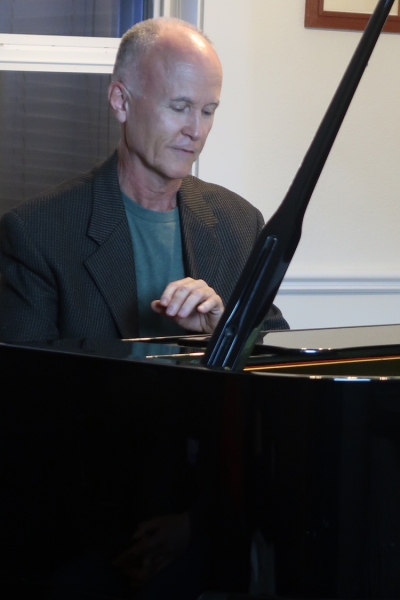 The first "baby" grand piano was built in about 1860 by Henry Lindeman. He called it a "cycloid" piano. It was Steinway who began calling his smaller grands “babies."

One of Beethoven's piano students was Carl Czerny, who went on to compose many books of exercises for pianists as well as many other pieces.

The piano is the only instrument ever made whose physical appearance is often more important to the owner than its musical qualities.

April Birthdays: Here are some of April’s musical birthdays:

Happy Birthday to all of you!!!
Some of Mozart’s major works were not printed until the middle and end of the 19th century - about 100 years after his death.

For years, Johann Sebastain Bach was a teacher and organist in St. Thomas’ School in Leipzig, Germany. For about 125 pounds a year, he was expected to train the boys’ choir, play at services, weddings, and funerals, and produce new compositions every Sunday. These compositions were never published - they were simply written, sung, and then piled into a cupboard to grow old and dusty - and forgotten.

At the London trade exhibition on 1851, there was a bed with a piano built into it that would play itself when someone laid on it.
That’s all the news for April! In case you’re wondering where Spring is hiding, there are some photos below to reassure you that it’s on its way. Have a great month! 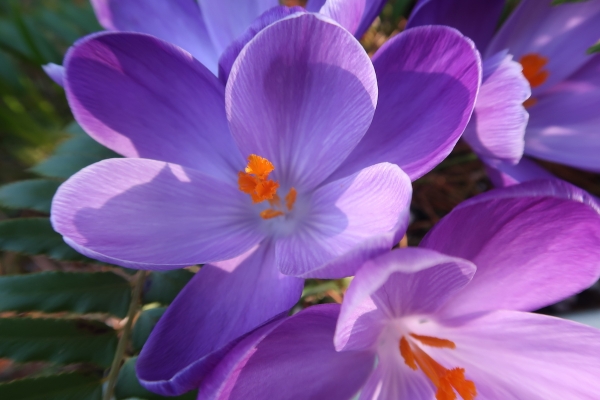 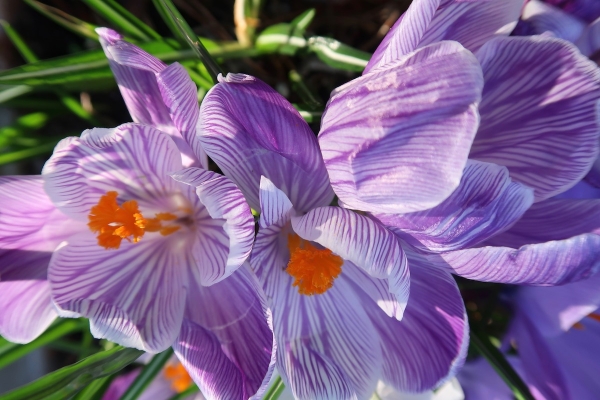 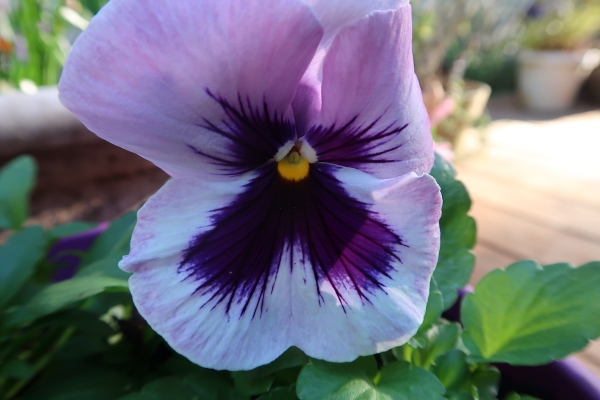 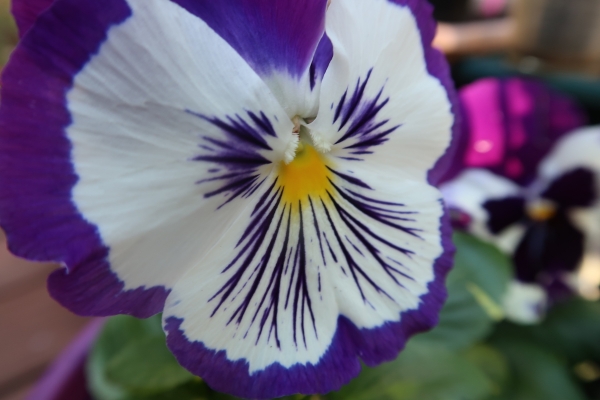