Well, we seem to have gone from a long period of gray drizzle directly to our summer winds, but it’s so great to see the sun again! The rhododendrons are starting to explode with color, so Florence, Oregon is now at its beautiful best.

I have lots of goodies for you this month, so let’s get right to it!
John Philip Sousa's march "The Stars and Stripes Forever," is the traditional song played by circus bands as a distress signal to warn the performers that there is an emergency.

Chopin's Waltz Op. 64 #1 in Db is supposed to have been inspired by his girlfriend's (George Sand) dog chasing its tail.
New Reviews: I have an interesting selection of reviews for you this month that includes new music by Shambhu, David Nevue, Louis Landon, Jim Ottaway and Pam Asberry. George Winston’s new one is due out on May 3rd, and I hope to have my review done by then. New CD reviews are here. I also have new reviews of sheet music books by Pam Asberry and Matt Johnson. You can find those here.
Francis Scott Key started the poem for “The Star-Spangled Banner” on the back of an envelope while watching the battle for Baltimore’s Fort McHenry. The battle went on for twenty-five hours before the British gave up, but Key didn’t finish the poem until a few days later in the Indian Queen Hotel.

The song “Over the Rainbow” was almost cut out of the movie version of “The Wizard of Oz,” and the part of Dorothy almost went to Shirley Temple.

Violins were the inspiration for Guido Lanfranc’s method of checking for skull fractures in the 15th century. The surgeon would have the patient bite down on catgut while he strummed. A good, clear note indicated that the skull was intact.

New Interview: To introduce his latest album, In The Soft Light of Grace, David Nevue and I did an interesting interview update in April. You can find that here. In May, I will be working on interviews with William Ogmundson and Frank Huang, both of whom will be performing here later this year.

In a bit of a switcheroo, I’ve been invited to be interviewed by one of our two local radio stations on May 2nd. The interview will be recorded and broadcast later, and I’ll let you know when.
The term "recital" first appeared in print in the announcement for a concert by Franz Liszt on June 9, 1840. It was laughed at in the beginning ("how can one recite on the piano?"), but the term has lasted through the present day.

Suzanne Ciani’s piece, “Eagle,” has a rather interesting origin. On her first visit to Northern California, Suzanne enjoyed watching large birds sweeping through the sky and diving for their prey. She assumed the birds were eagles and named the song for them. The next time she was in the area, her sister gave her a bird-identification lesson - the birds in her song were actually turkey vultures!!!!

An “earworm” is a song or jingle that gets stuck in your head and you can’t get it out.

Dan Kennedy’s Concert Here: On April 5th, pianist/composer Dan Kennedy made his second appearance here in concert, and what a great concert it was! Here are a few photos of the event: 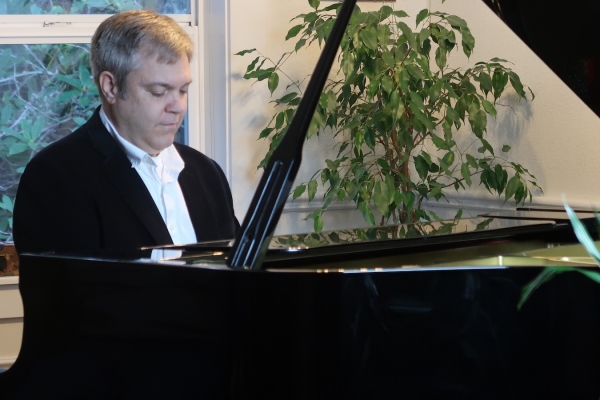 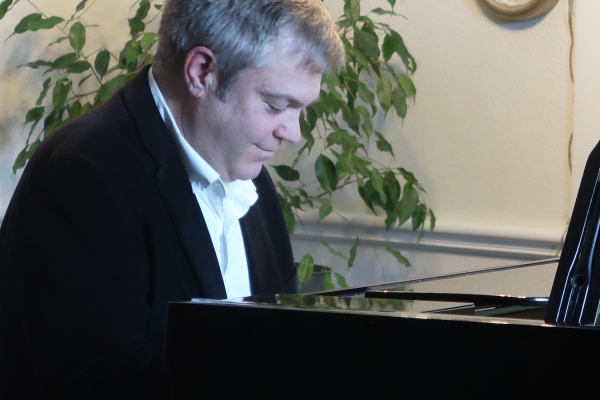 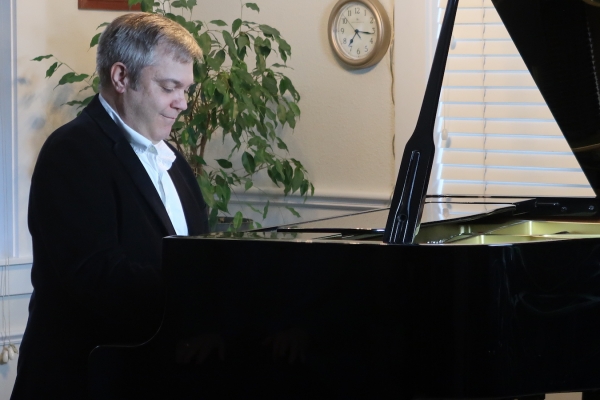 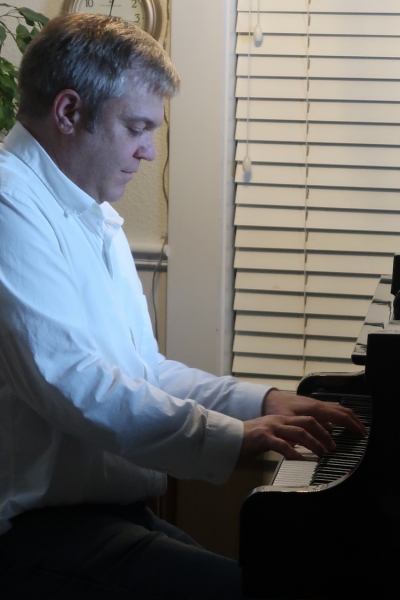 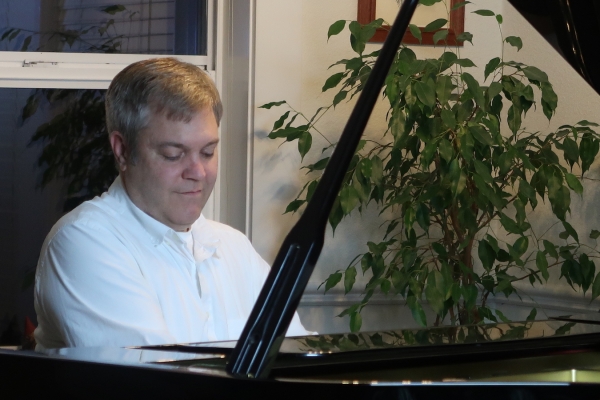 May House Concerts: I am VERY excited about the two house concerts coming up in May! Both are with artists who are new to Florence but are very well-seasoned performers. The flyers for both concerts can be found here.

The first one is on Thursday May 16th with guitarist/singer/songwriter Hiroya Tsukamoto. He has some amazing videos on his website and on YouTube, so be sure to check them out. This promises to be much more than a guitar concert! Here is his website.

The second one is with pianist/vocalist Darlene Koldenhoven, on Friday May 31st. Darlene has released ten albums under her own name, but has performed on more than a thousand albums with other artists. Hers was the soaring soprano voice on Yanni’s Live at the Acropolis tour and video, and she also played a singing nun in both Sister Act movies. She is a Grammy winner and has been nominated three other times. Her 2017 album, Color Me Home, has won 20 awards and has been nominated for 35! Here is her website.
Clara Schumann was the first performer to play Beethoven's sonatas for a concert audience. She did this in 1837, about seventeen years after the composer's death.

Antonio Vivaldi (1678-1741) spent most of his life as a violin teacher at a school for orphaned girls. He wrote most of his music for the students at the orphanage which had developed an orchestra that was famous all over Europe.

Franz Josef Haydn's wife was not musically inclined. Or maybe she was. She used to line her cake tins with the music that he wrote and cut the paper into strips to curl her hair!

Happy Birthday to all of you!!!
The first commercial stereo LPs came on the market in 1958.

Pianoforte Magazine was the first publication to contain nothing but piano music. It first appeared in London in 1797. As a promotional come-on, each weekly issue contained a promissory note signed by the publisher. After someone had bought 250 copies and had 250 of these notes, they were supposed to be redeemable for a "Brilliant and elegant Pianoforte, far superior to many instruments sold for 25 guineas each." It is unknown whether or not anyone was able to trade in the coupons for a new piano.

The song, “Yes, We Have No Bananas” holds the record for having sold more sheet music than any other song. It was so overplayed in 1923 that it inspired a song called, “Yes, We Have the No Bananas’ Blues” which includes the line “Bananas! Bananas! I’d like to break up a million pianas!”

Here’s a wish to all of the moms for a very happy Mother’s Day this month! Below, I have some photos from some of the flowers on our deck. Have a great month! 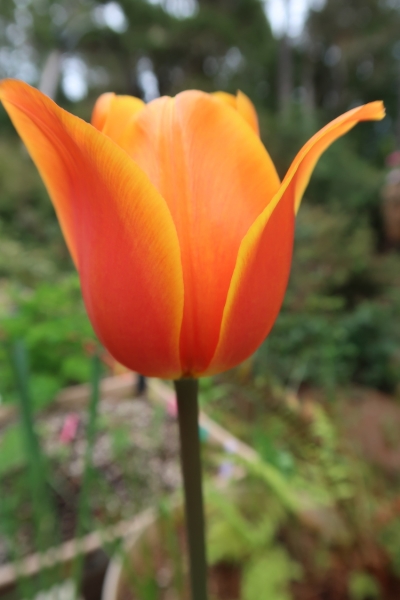 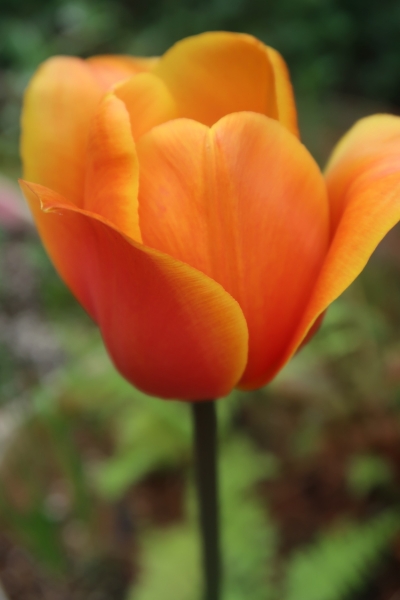 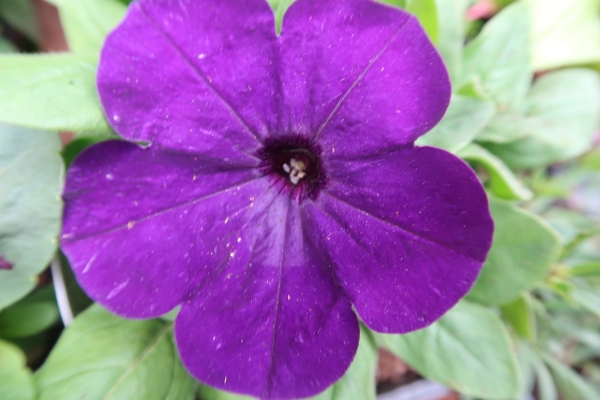 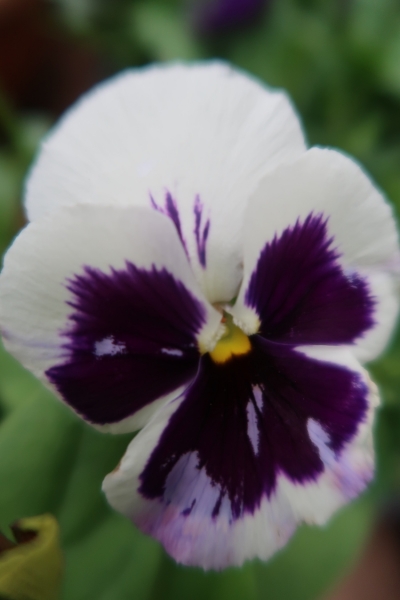 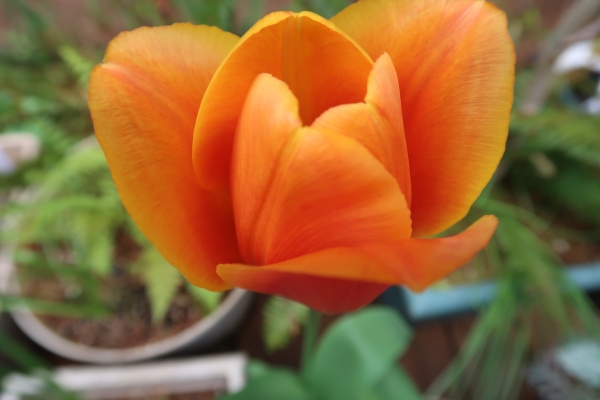