Even though May is a longer month, it sure went quickly! June is always a busy month with summer vacations, graduations, Father’s Day, school letting out, etc. so it promises to fly by, too! Well, take a few minutes to enjoy some music trivia and look at some photos, and then you can get on with it!
During the Cultural Revolution in China, playing Mozart or Beethoven was considered a crime, and although pianists were not allowed to practice, they continued to do so.

Thousands of one-finger piano pieces were written during the nineteenth century and served as parlor entertainment. One of those was “Chopsticks,” which was published in Glasgow in 1877.

Thelonious Monk’s wife referred to him playfully as Melodious Thunk.
New Reviews: There are a variety of new reviews up on MainlyPiano.com including new albums from George Winston and Ludovico Einaudi. I also reviewed the sheet music book for Doug Hammer’s Celtique. The links to those reviews and the other Picks for May are here.
When Van Cliburn won the Tchaikovsky Piano Competition in Moscow in 1958, his victory was every American pianist’s victory. American artists who had previously figured only in national competitions were suddenly acknowledged in the international arena. A career as a pianist was finally considered valid and important.

Irving Berlin, one of America’s greatest songwriters, could only play the piano in the key of F#. He owned a piano that would transpose his music for him.

When pianist Paul Wittgenstein lost his right arm in World War 1, composer Maurice Ravel wrote Concerto for the Left Hand so that Wittgenstein could keep playing.

New Interviews: I did two new interviews in May, and both were a lot of fun to do! The first was with William Ogmundson and the second was with Cathy Oakes. If you missed it last month, here is the link to the April interview with David Nevue, whose new album In the Soft Light of Grace is already charting on Billboard!
When Chopin was composing his Waltz #3 in F major, his cat stepped across the keys of the piano, amusing Chopin so much that he tried for the same sounds in what is called “The Cat’s Waltz.”

At the age of sixteen, Andre Watts substituted for an ailing Glenn Gould at a New York Philharmonic concert conducted by Leonard Bernstein. The next day, newspapers from coast to coast proclaimed Watts as “the great new pianist.”
June Concerts: We have two great house concerts coming up in June!

The first is with Ryan Marvel, the winner of the 2017 Whisperings Album of the Year Award. He has composed and recorded some incredibly powerful music, and I know this concert will be one to remember. We did an interview last year that will tell you a lot about Ryan and his music. Here is the link to the concert info. Ryan will be here on Sunday, June 9th at 7:00 PM.

The second concert will be with Milo Graamans, an amazingly versatile pianist/composer from the Oregon Coast. This will be Milo’s third concert here, and his programs are always full of surprises! He will be here on Friday, June 21st at 7:00. We did an interview three years ago that will tell you about his background. Here is the link to the concert info.

Reservations are required for concerts and can be made by emailing me at KathyPiano@gmail.com.
Franz Liszt began the tradition of using a piano bench for a concert instead of the usual hard-backed chair.

Jazz pianist Art Tatum used to practice away from the keyboard by running filbert nuts across his fingers like a magician.

Hiroya Tsukamoto’s Concert: The first concert in May was with guitarist Hiroya Tsukamoto. What a wonderful evening that was! Hiroya came to the US from Japan in 2000 to study music at the Berklee College of Music so his music background is quite varied. He used a looping technique in some of his pieces to play and sing parts that were layered as he performed. He told wonderfully vivid stories about each piece so that we understood what he was singing about even though some of the lyrics were in Japanese. Here are some photos. 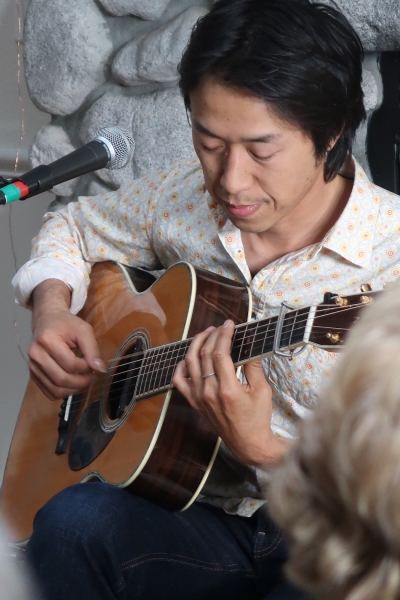 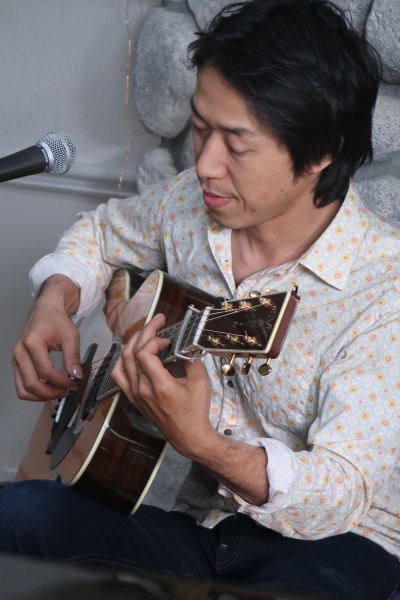 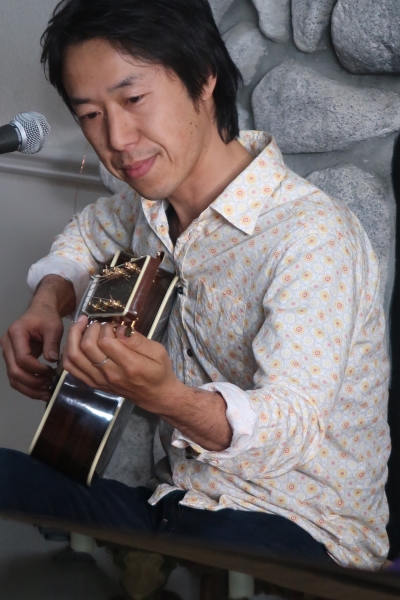 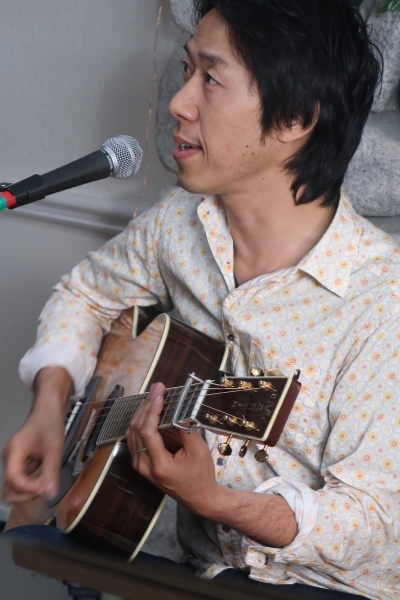 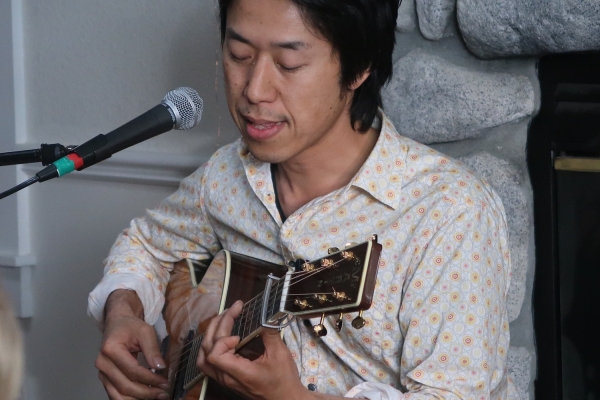 In Frederic Chopin’s Etude for Piano in G-flat Major, nicknamed the “Black Key Etude,” a white key is played only once, with the right hand.

Franz Liszt’s virtuoso career was very brief in relation to his long life (1811-86); his career lasted from about 1835-1847, ending when he was only 35.
Darlene Koldenhoven’s Concert: The second May concert was with multi-faceted artist Darlene Koldenhoven. She sang, played the piano and keytar, and also told many fascinating stories. She had pre-recorded accompaniments to most of her songs, many of which were from her album Color Me Home, adding another dimension to her performance (artists such as Charlie Bisharat, David Arkenstone and Jeff Oster were here “virtually”!). Here are some photos from that concert. 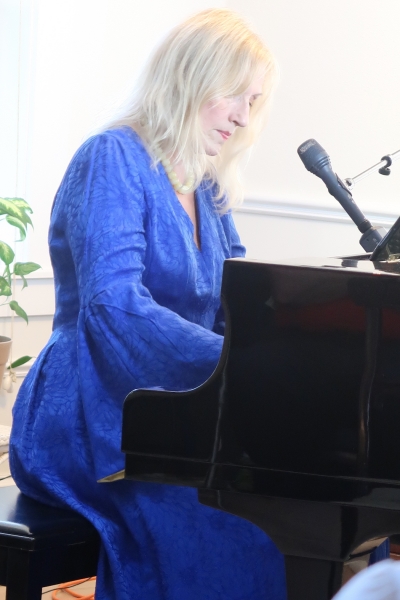 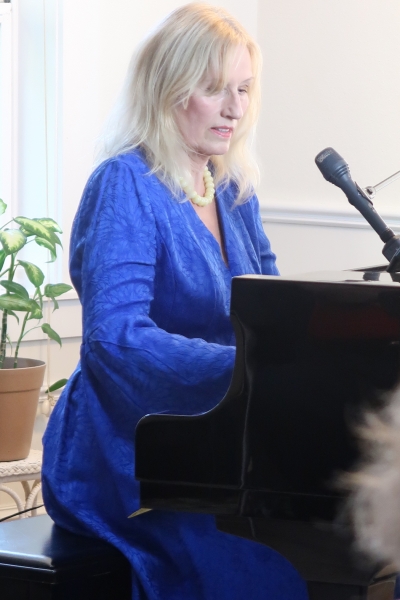 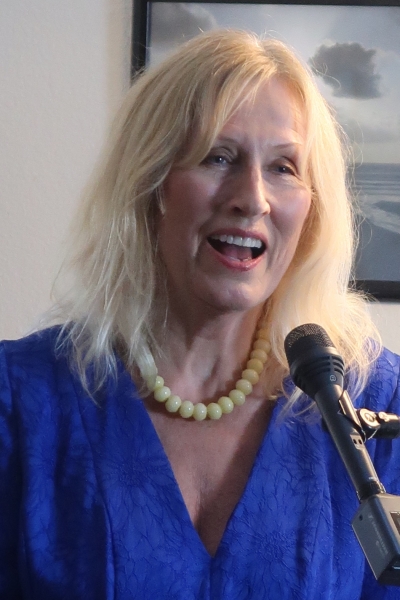 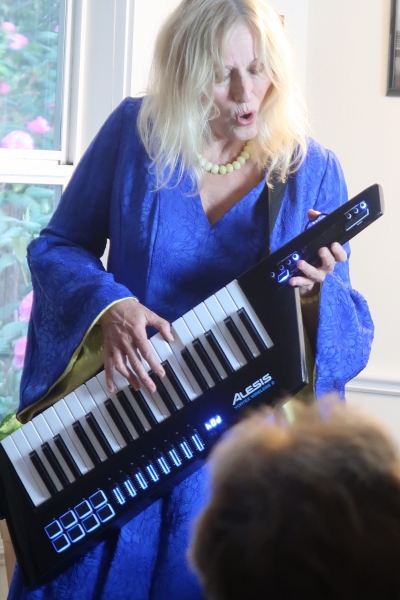 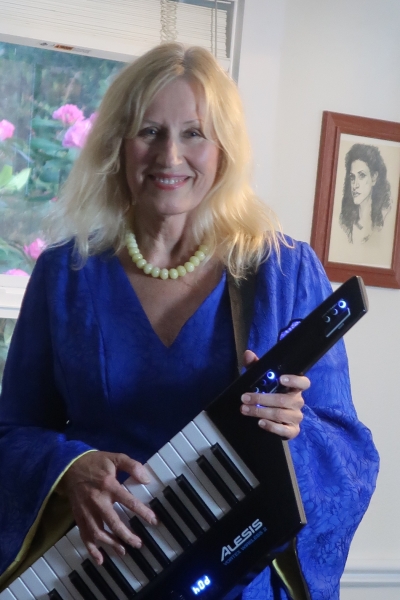 At one of Andre Watts’ concert performances, the pedals came off the piano as he was playing! He tried to hold the pedals up with his feet as he continued to play, but he finally had to give up and went offstage to find the emergency piano technician.

Established in Paris in 1795, The Conservatoire National de Musique was the first modern conservatory.

June Birthdays: I’m not sure why there are so many musical June birthdays, but here is a partial list:

Have a great birthday, everyone!!!
Cristofori came up with three principles still used by piano makers today, Besides inventing hammers, he developed an escapement device to permit the hammer to drop back immediately after delivering its string blow, leaving the string to vibrate freely as long as the key is held. Cristofori also invented the shifting soft pedal arrangement, called the una corda.

According to the French newsweekly Le Point, the timetable for someone wanting a solo concert career must be: the pianist plays his first scales at the age of four, enters a conservatory by twelve, and wins a few international prizes before the age of twenty. If the pianist has released recordings and toured abroad before the age of thirty, the future should be promising.

Carnival of the Animals by Saint-Saens is a humorous work that represents different animals. Along with selections named for kangaroos, swans, donkeys, etc. is a short piece called “Pianists.” It is a crazy sketch of out-of-control pianists racing up and down the keyboard practicing their scales and exercises.
That should do it for the June issue. I’ll post a few photos of our May Rhododendron parade instead of my garden this time. Have a great month! Happy Father’s Day to the dads and congratulations to any graduates reading this! Cheers for now!

Kathy
In 1875, Mozart set up a series of six public concerts in a converted flour warehouse in England.

The first music for the piano was published in 1732. 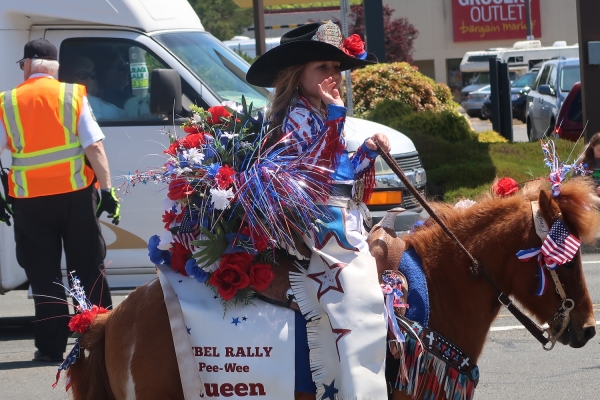 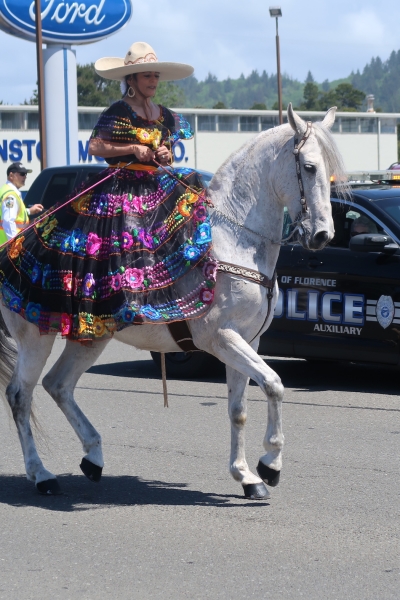 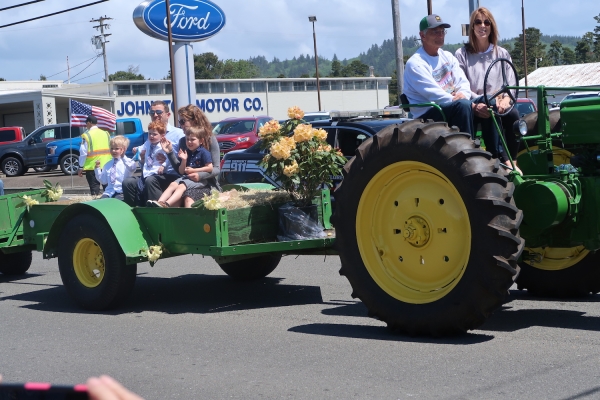 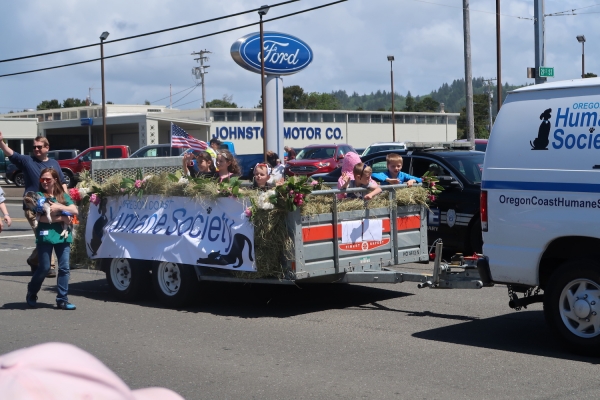 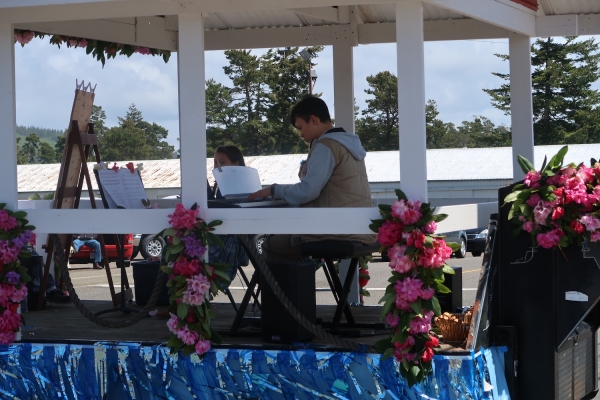 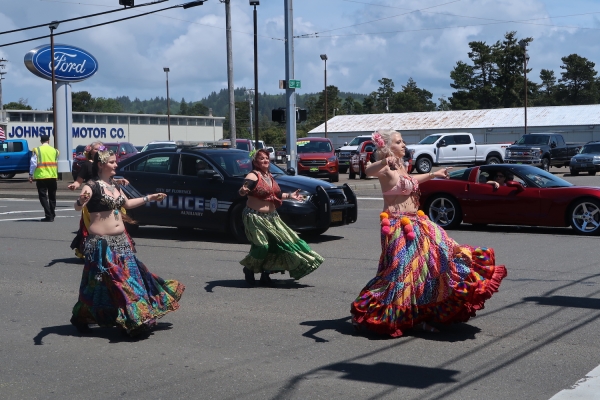 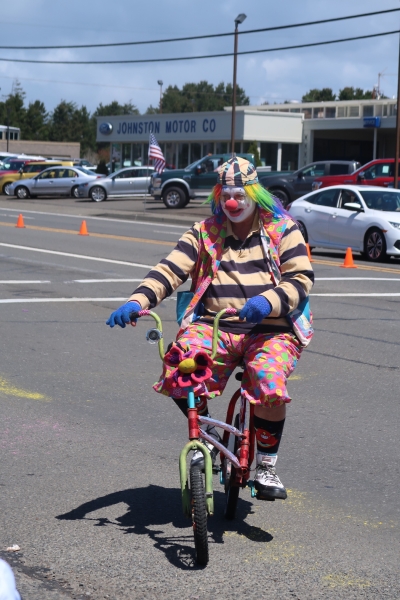