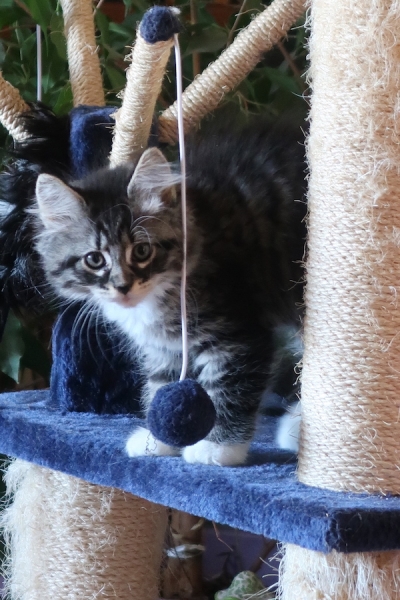 I hope your summer is off to a great start! I guess the biggest news from here this month is that we adopted a new kitten named Pepper. It had been MANY years since I had just one dog and one cat, so I started volunteering at our local Humane Society to get to know some of the many kittens there. It wasn’t long before I fell in love with this little guy! He's a big help around the office!!! (LOL!)
Franz Josef Haydn taught both Wolfgang Amadeus Mozart and Ludwig van Beethoven.

The upright piano was invented in Philadelphia in 1800 by John Isaac Hawkins at almost exactly the same time it was invented by Mathias Muller in Germany. Hawkins was said to have also invented the ever-pointed pencil.

Amy Beach's (1867-1944) Gaelic Symphony was the first symphonic work by an American woman. It was premiered by the Boston Symphony in 1896.
New Reviews: We have nineteen new album reviews for you this month that include new albums from Christine Brown, Michele McLaughlin, Matt Johnson, Kathryn Kaye and many more! I also reviewed two songbooks and two novels. You can find links to all of them here.
In 1900, there were 7000 piano manufacturers in the America, including families who made pianos in their homes. One out of every six people in America was involved in some aspect of the piano business.

The best pianists can get as many as 200 different sounds from one piano key by changing the finger tone and pedal.

The Wheeler and Wilson Co. of Connecticut experimented with a combination sewing machine and miniature organ. A woman was supposed to be able to sew and play music at the same time.

New Interviews: I did two artist interviews in June. The one with Frank Huang is available now, and the one with Michael Whalen will be posted the first week of July. Dr. Huang will be performing a house concert here on July 14th - I’m really looking forward to that! Here is the link to his interview.

Up next will be a new interview with Michele McLaughlin!
When Haydn died in 1809, there was a simple funeral since Austria was being invaded by Napoleon's troops. A couple of amateur medical students secretly stole Haydn's head, and put the skull in a little black box with a white silk cushion. They wanted to read the bumps on his head. In 1820, Prince Nicolaus Esterhazy had the body exhumed. When he discovered that Haydn's body had no head, he tracked down the thieves and demanded it back. They had already donated it to a Viennese musical society and gave him someone else's skull. It wasn't until 1954 that Haydn's head was buried along with the rest of his body.

House Concerts: We have just one house concert in July. Dr. Frank Huang will be here July 14th at 3:00 to perform a classical solo piano concert. I’ve reviewed a couple of Frank’s albums and am really looking forward to seeing him play live! Here is the link to more info:

In August, Michele McLaughlin and Steve Rivera will be here on the 4th at 3:00. Both have played here before, but it’s been a few years! Michele’s music has been streamed more than a BILLION times on Pandora, so she has become the rock star of solo piano!

On August 24th, Dan Chadburn and Tom Nichols will be here for our annual fund-raising concert to benefit our local Oregon Coast Humane Society. Great music AND a great cause!

I’ll have the flyers for both of the August concerts ready the first week in July.
Franz Schubert's friends called him "Schwammerl" or "Tubby." "Schwammerl" is actually German for "little mushroom.”

Ryan Marvel’s Concert Here: Pianist/composer Ryan Marvel was here on June 9th for a wonderful and very inspiring house concert that featured music and stories from several of his albums. Here are a few photos: 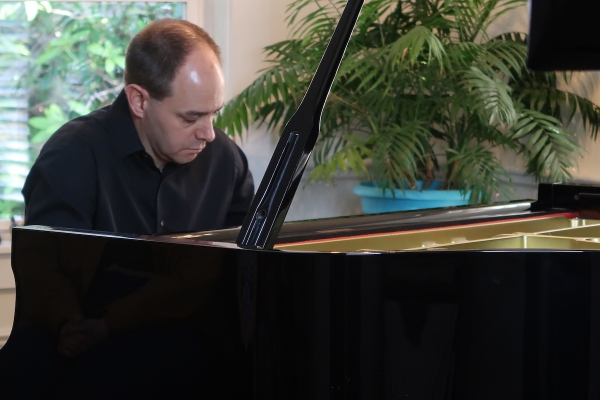 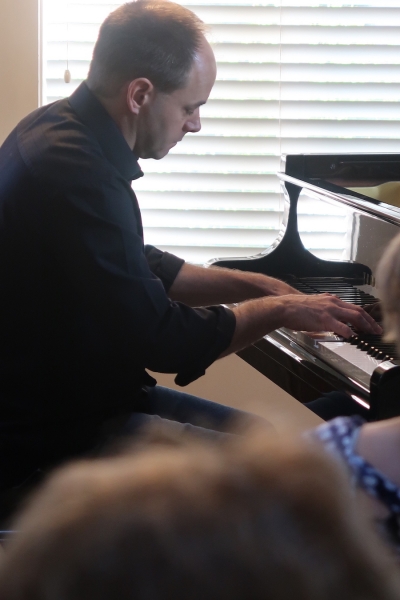 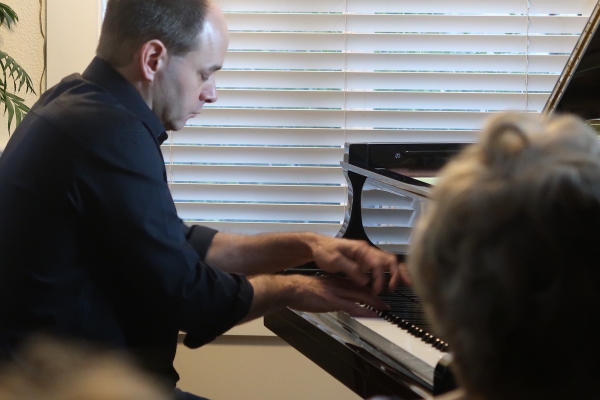 Igor Stravinsky is the only composer in the history of music to write a polka for a troupe of elephants. The first performance was billed as "50 Elephants and 50 Beautiful Girls in an Original Choreographic Tour de Force" at Ringling Brothers' Circus.

Milo Graamans’ House Concert: Milo Graamans returned for his third concert here on June 21st. As usual, he performed an exceptionally varied concert that featured classical music, ragtime, many original pieces and a couple of cover tunes. His uncle, guitarist Ian Smith, also performed solo and with Milo. It was a great concert! Here are a few photos from that event: 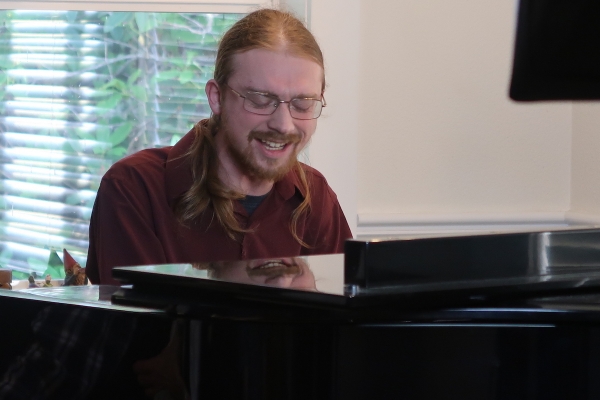 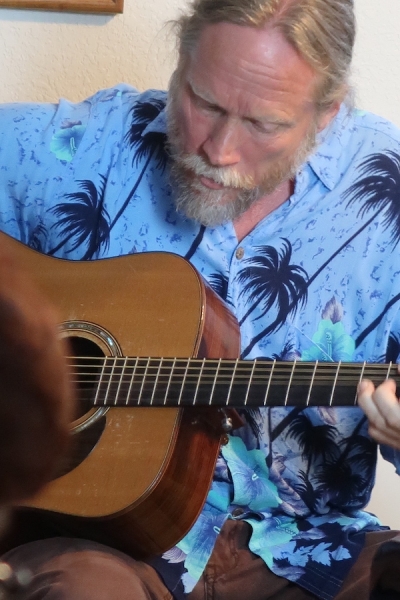 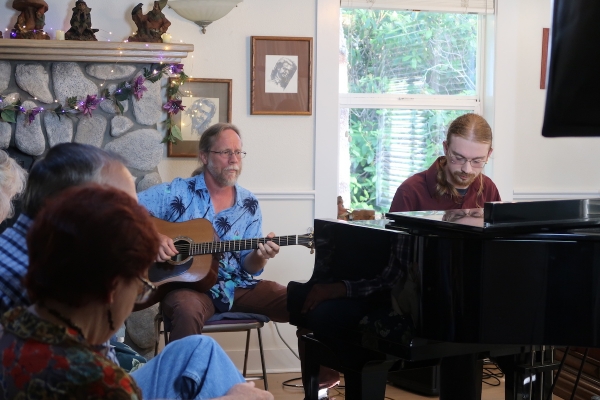 Scott Joplin’s opera, Treemonisha, was finally recorded on a two-CD set issued by Deutsche Grammophon in 1993. Treemonisha is the only ragtime opera and was given its first full production in the 1970’s - long after Joplin’s death in 1917.

The Chickering Piano Factory, which was completed after Jonas Chickering's death in 1853, was the second largest building in America at the time. (The White House was the biggest.)

July Birthdays: Here is a list of some of the music-related birthdays coming up in July:

The most prolific, versatile, and ingenious piano-inventor that ever lived was Jean-Henri Pape. He took out as many as 137 patents. His most useful ideas were the use of felt for covering piano hammers, and the practice of cross-stringing the piano strings. He designed the "console" piano, a round piano, an elliptical piano, and a hexagonal piano. He also developed a piano that used springs instead of strings.
Well, that should take care of the July issue! I’m posting photos of Pepper as well as a few others I took in June below. Have a safe and happy 4th and a great month!

Kathy
Actor Gary Oldman didn’t know much about playing the piano, so to prepare for his role as Ludwig van Beethoven in the film, Immortal Beloved, he hired several piano teachers, and studied the piano relentlessly for three months straight, eight hours a day. He was also able to co-conduct the London Symphony for the film’s soundtrack.

Irving Berlin learned to play only in F# because when he started learning piano, someone mentioned that that's the most difficult key. By the time he was playing fairly well, some people were complaining that his sound was mechanical and not pleasant. So he stopped playing for people. He later had a piano made for him with a mechanical transposer, so he would compose in a right key, then write it down in F#, and mark the transposition. (submitted by Misha Stefanuk) 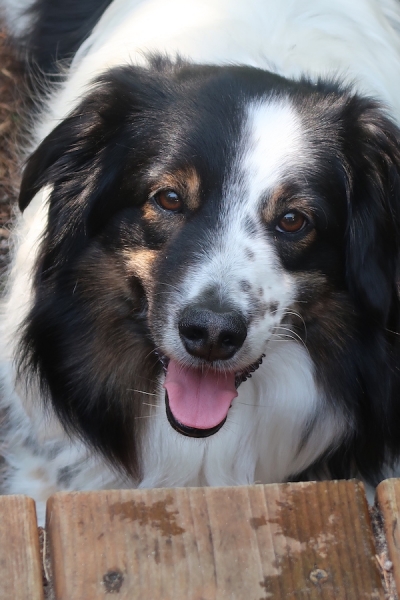 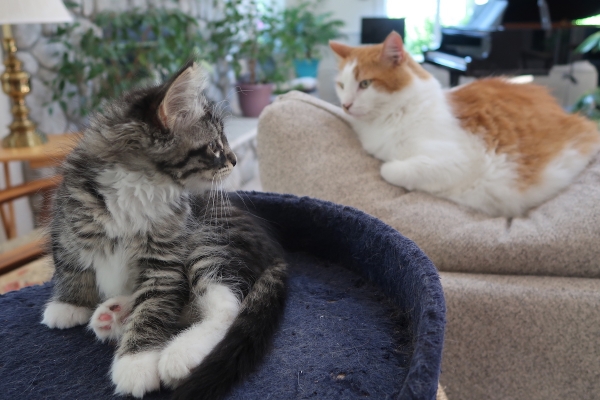 Pepper and his "big brother," JoJo. 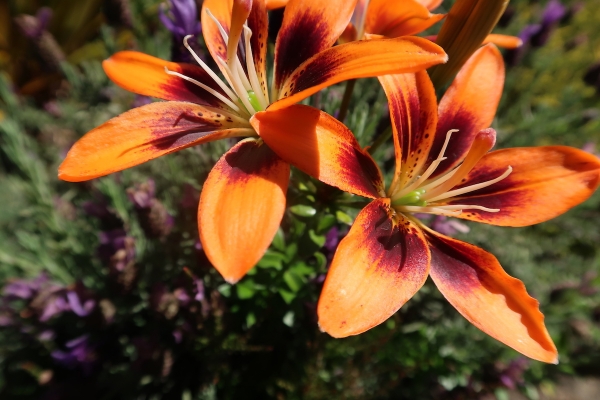 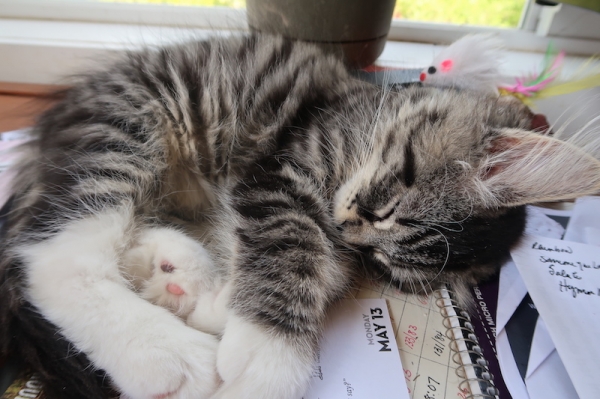