Whoosh! And then it was August! It’s been another busy month here at MainlyPiano.com, but I really don’t have any complaints! Our new kitten, Pepper, is growing like crazy, and is one fuzzy purr-mobile! Love him to bits! We have lots of news again this month, so let’s get right to it!
For years, Vladimir Horowitz would only give concerts at 4:40 PM on Sundays.

At 16, pianist Andre Watts won a competition to perform in The Young People’s Concert series hosted by Leonard Bernstein.

From 1832 to 1849, Chopin spent an equal amount of time teaching and composing, teaching an average of five students a day from October until May. Chopin’s lessons were 45 minutes, and he often doubled them up to cover more material. He especially enjoyed teaching his most-gifted students on Sundays.

New Reviews: There are lots of new reviews again this month! New album reviews are here, new songbooks are here and new book reviews are here. Something for everyone! Enjoy!
Blue is the color mentioned most often in song titles. Black, red, white, and green follow in that order.

When Charles Ives’ "Concord Sonata" and "Fourth Symphony" are performed, a specially-sized block of wood is used by the pianist for striking complex chords directly.

By the 1870s, piano tuning was sufficiently established that it began to be treated as an attractive opportunity for classes of workers with disadvantages in the workplace. The Royal Normal College and Academy of Music for the Blind in England offered training in piano tuning to the blind, as did The New England Conservatory for women.
New Interviews: I did two new interviews in July. The first was with Michael Whalen and the second was with Michele McLaughlin. Both are in-depth and really interesting! You can find all of the interviews on the site here.
Jazz pianist Marian McPartland didn’t take piano lessons until she was seventeen.

The first motion-picture soundtrack recording was the music for "Snow White and the Seven Dwarfs" which was released on Victor Records in 1938.

Franz Liszt became the first pianist to employ an agent, Gaetano Belloni, who for six years in the 1840s served as his advance man, business manager and secretary on his concert tours across Europe.

Frank Huang’s Concert: On July 14th, Dr. Frank Huang performed one of the most amazing classical piano concerts I’ve ever seen! His concert included works by Franz Schubert, Nikolai Medtner and Frederic Rzewski. Talk about fireworks at the piano! Frank’s introductory comments made the music come alive, but his playing was just incredible! Here are a few photos: 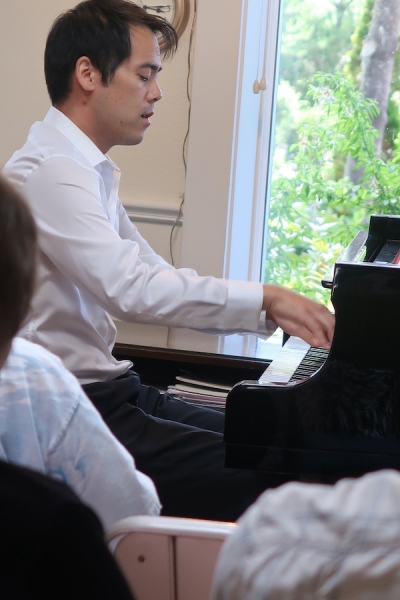 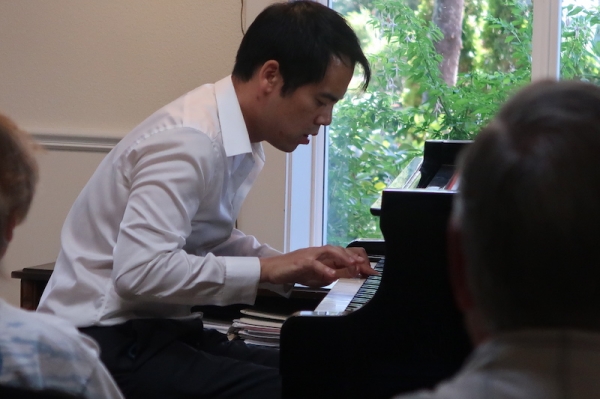 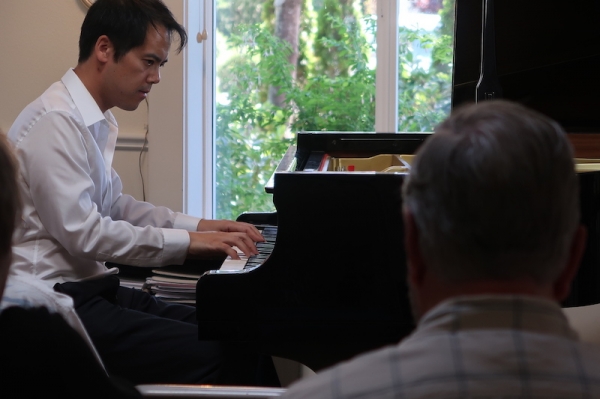 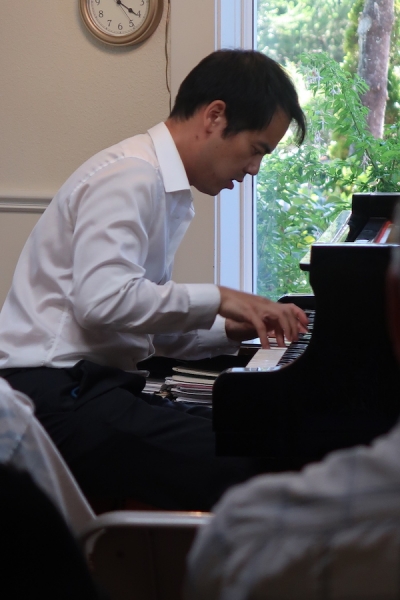 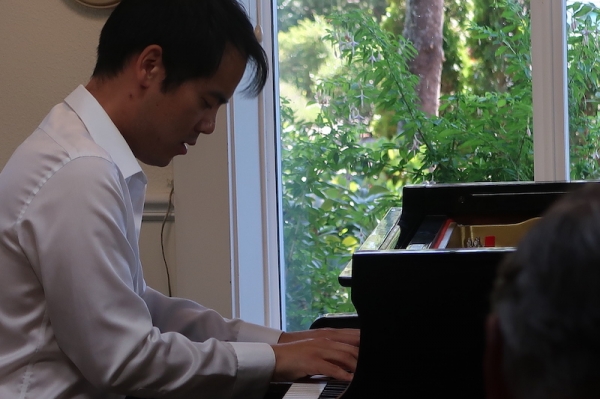 "God Bless America" was written by Irving Berlin in 1918. After writing the song, he threw it into a trunk, where it remained for twenty years. Berlin's profits from the song were donated to the Boy Scouts and Girl Scouts.

Yamaha in Japan starting making upright pianos in 1900 and made its first grand in 1903.

August House Concerts: We have two terrific concerts coming up in August! The first is with Michele McLaughlin and Steve Rivera on August 4th at 3:00 PM. The info for that concert is here.

The second concert is the annual fund-raiser for our local Oregon Coast Humane Society on August 24th at 7:00 PM. Dan Chadburn is once again donating all proceeds from the concert to OCHS, and we thank him for his generosity!!! This year, the concert will feature two special guests! Tom Nichols will be on-hand with his guitar and incredible vocals, and so will Dan’s sister, Jenny Chadburn, a pianist and vocalist in her own right. The info for that concert is here.

Both of these concerts will be super-great, and I hope you can join us!
The term “grand piano” didn’t come into use until 1777. The early upright pianos were called “giraffes.”

"Nipper" was the name of the dog RCA Victor used in its trademark "His Master's Voice." Nipper lived from 1884-95, and was born in Bristol, England. He first became the symbol of the Gramophone Company, then the Victor Talking Machine Company, and finally RCA Victor in 1929. For 22 years, the city of Baltimore, Maryland had a 15' statue of Nipper, which they sold in 1975 for $1. Wouldn't that be fun to have in your front yard???

To create the rim of a grand piano, it takes six strong people to bend the wood of the frame. They have to bend it gently, but quickly because they have only about twelve minutes until the glue starts to adhere.
August Birthdays: There are a lot of musical birthdays again in August! Here is a partial list:

Happy Birthday to all of you!!!!
Bartolomeo Cristofori "invented" the piano in the early 1700s. One of his original pianofortes, dating from 1720, still exists and is on display at the Metropolitan Music of Art’s Rare Instrument Collection in New York City.

Johnny Mathis is said to have become one of America’s first African-American millionaires. His "Greatest Hits" album was on the charts for 490 weeks - 9 1/2 years.

Beethoven played and wrote for pianos that couldn’t fulfill his need for powerful expression. Essentially, he was composing for pianos that didn’t yet exist.
Here’s wishing you a wonderful August! There are some photos down below, including one that shows how the two “boys” are getting along. The others are from my yards. Enjoy the rest of the trivia, too!

Cheers for now!
Kathy
The 1994 Iowa State Fair built a life-size statue of Garth Brooks out of 250 pounds of butter.

John Broadwood of England made pianos from 1770 on. He invented the sustain pedal, strengthened the case and strings to increase volume, and added an octave, extending the keyboard to six octaves.

Although the piano was an Italian invention, it was the German, Austrian, English and French instrument makers who would come up with the design and structural improvements that would greatly improve the piano’s capacity by the end of the eighteenth century.

Bartolomeo Cristofori, inventor of the piano, made about twenty pianos in his lifetime.

The term “Lisztomania” was used to describe the mass hysteria surrounding Franz Liszt in the 1840’s. Women sought cuttings of his hair; German girls wore bracelets made of the piano strings that he broke; some females carried glass containers that contained his coffee dregs while others collected his cigar butts and hid them in their cleavages.

In 1789, an Italian went to London to give a concert with eleven cats. The cats were well-trained, and each had its own vocal range and tone. The cats would “meow” on-cue, and were reported to keep very good time. 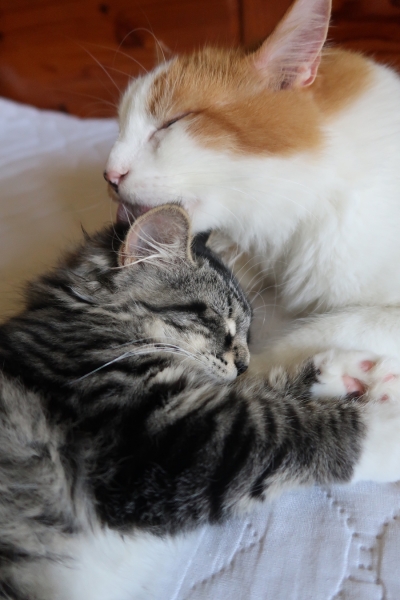 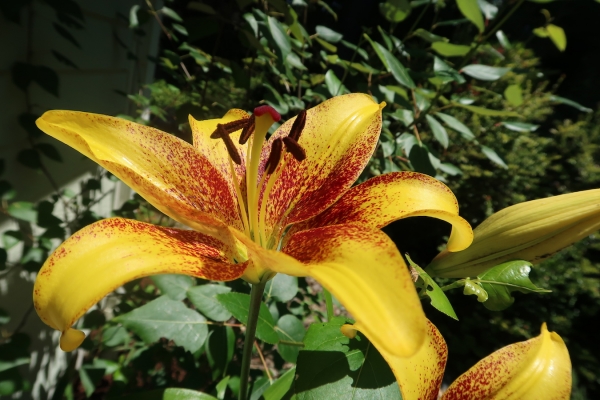 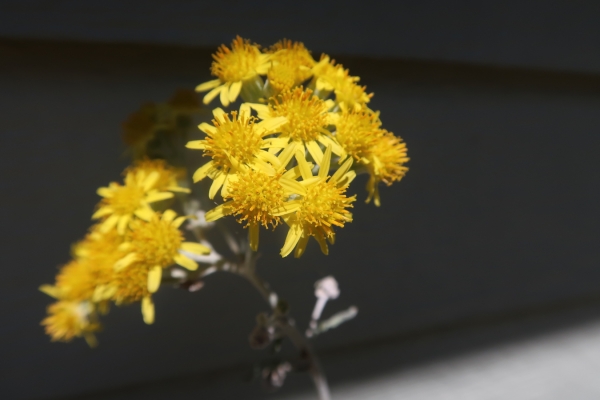 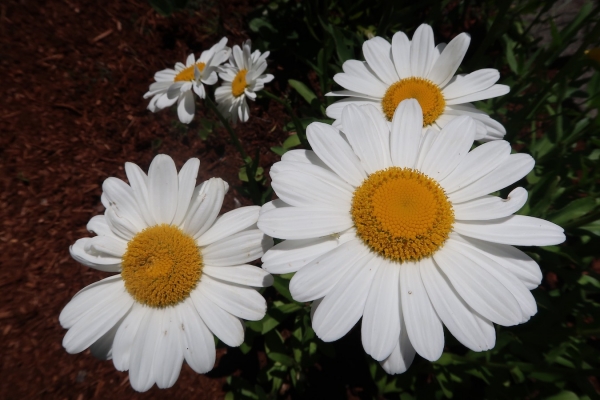 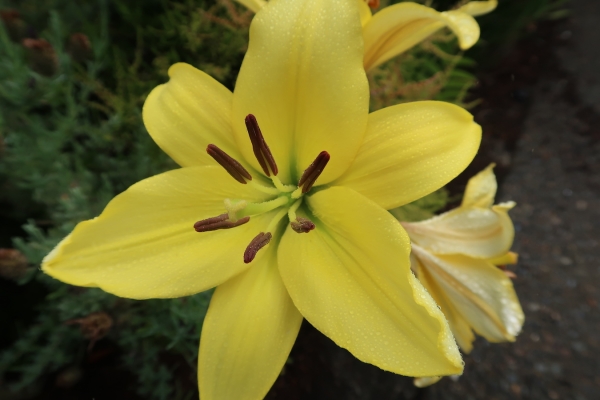 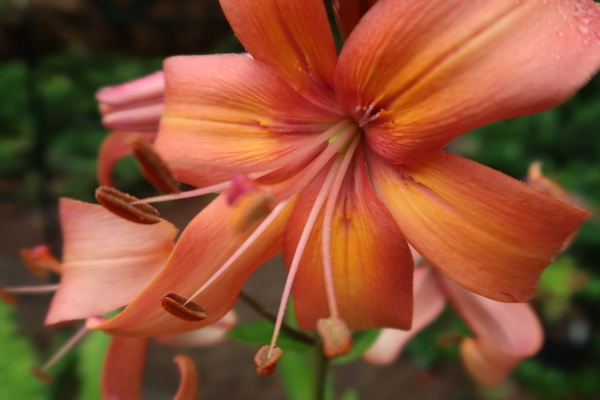