2021 was another year of challenges and adjustments, but I'm feeling more optimistic about 2022 - so far, anyway! I hope your holidays have been all you hoped for and that you, too, are looking forward to what's ahead in the coming year.
The first composition written specifically for the piano was Giustini's 12 Sonatas "for soft and loud harpsichord" in 1732.

Jonas Chickering began as a cabinetmaker in Ipswich, New Hampshire. In 1818, at the age of 20, he sought his fortune in Boston by becoming an apprentice in one of the town's few piano-making shops. Three years later, he was in the piano-making business with a partner. He later went on to be one of the most successful piano-builders in America.
New Reviews: December was another busy month for reviewing! There are at least twenty-one new album and single reviews with more on the way! I also reviewed David Nevue's new songbook called Wanderings: The Best of David Nevue 2011-2020 and a fascinating novel called The Universe in 3/4 Time. I'll be interviewing the author, Leona Francombe, in coming weeks, so check it out! You can find links to all of the reviews here.
The first performances of piano solos in concert were by J.C. Bach (one of J.S.Bach’s sons) in London and Henry Walsh in Dublin, Ireland in 1762.

The first Japanese pianos were built in 1885 by Nishikawa and Sons.

New Interviews: I did new interviews in December with Tom Ameen and Matias Baconsky, two artists who are quite different from each other. Tom Ameen introduced me to the book The Outlaw Ocean as well as The Outlaw Ocean Music Project and has had a varied musical career that has included working closely with Jim Brickman and arranging Disney music as well as composing and performing his own music. Matias is a young pianist/composer from Argentina, and I've been reviewing his music since his 2016 debut called Life and Death. His recent projects have been a series of albums about surviving the end of the world and what that would feel like. Really interesting music!

Franz Liszt “invented” the solo recital in about 1839. He originally called his recitals “musical soliloquies” saying “I do not know what other name to give to this invention of mine.”

In the 1920's, before the radio became the main source of entertainment in American households and long before television, there were more player pianos in the US than regular ones.

2021 By the Numbers: 227 new reviews of albums and singles were added to MainlyPiano.com in 2021 - a new record (literally!) - bringing the current total to 2923! We should cross the 3000 mark by spring! I also reviewed 32 songbooks, did 14 new interviews, and added 58 artists to the site. We now have 1085 Artist Pages, 248 interviews, and 331 songbook reviews! I started the site in 2008, never really expecting it to grow like it has. It's been an exciting ride, and the best part is the friendships that have developed over the years! We'll see what 2022 has in store!
A recording of a Bach prelude played by pianist Glenn Gould was placed onboard the Explorer mission to prove the existence of intelligent life on earth.

The first classical record to sell 1 million copies was a performance of Tchaikovsky's Piano Concerto #1 by Van Cliburn, recorded in 1958.

Happy Birthday to all of you!!!
Yamaha in Japan started making upright pianos in 1900 and made its first grand in 1903.

Printed collections of music for home use became fairly common in the 1730's.

Jan Ladoslas Dussek is credited with being the first concert pianist to perform with his right side to the audience (sometime in the 1780's). He was apparently quite handsome and wanted his admirers to have the best view of his profile.

January Music Holidays and Celebrations: Did you know that January is National Polka Music Month? Well, now you do! Here are some other important dates in January!

Many advertising campaigns have catchy slogans. For years, music publishers used "brilliant, but not difficult" to describe their sheet music selections - mostly to appeal to the female pianists who were never supposed to play really well. The phrase first appeared in a music newsletter in 1801.

On some of the pianos of the early 1800’s (both uprights and grands), there were as many as seven pedals, including a buzzing bassoon stop, a muting moderator, a thumping and jingling military stop, as well as the damper and una corde (soft) pedals.

Early upright pianos were called “giraffes” and were about 7 1/2’ tall!

Well, I think that's it for the first issue of 2022! We had a light dusting of snow earlier this week, so the photos are of that. We were supposed to get 3", but didn't. It was so pretty while it lasted!

Happy January, and I'll meet you here again next month!

To create the rim of a grand piano, it takes six strong people to bend the wood of the frame. They have to bend it gently, but quickly because they have only about twelve minutes until the glue starts to adhere. 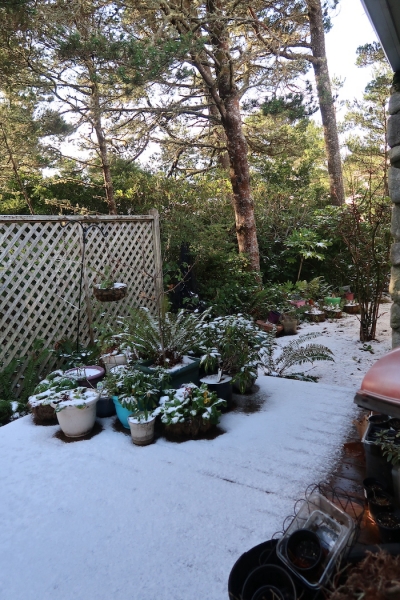 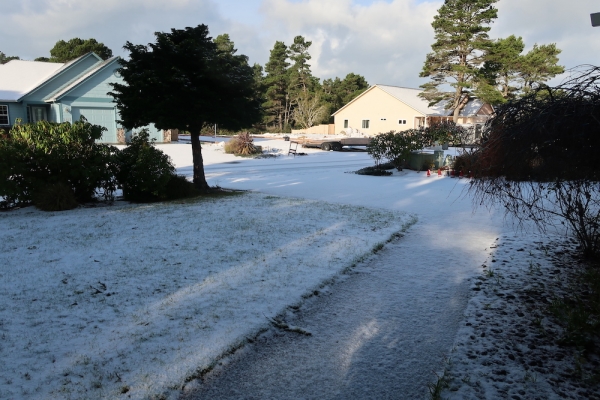 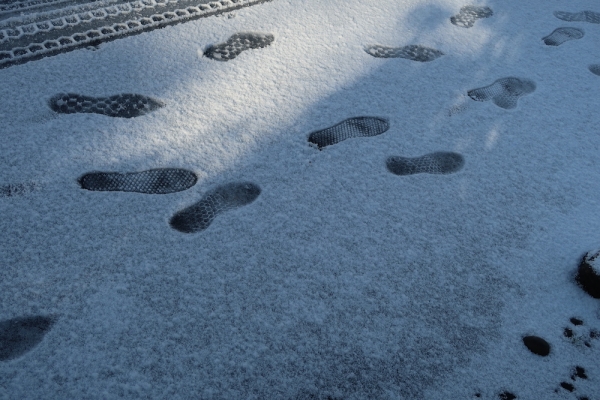 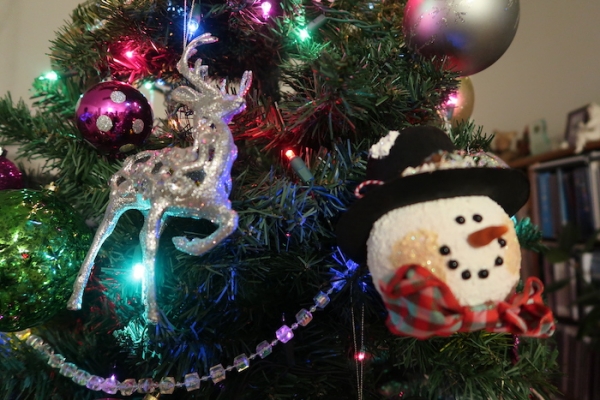 To the best of my knowledge, the music trivia and "factoids" within Pianotes are true, but I can’t guarantee it.