Greetings and Welcome to the last issue of Pianotes for 2021!

This is always a fun issue to put together with the Holiday Wishes List, trivia about many Christmas carols and songs, and the festive atmosphere that comes with the holidays! So put your feet up for a few minutes and enjoy!
Christmas carols were banned from church services in the 1400's as being disrespectful. The Puritans forced Christmas music underground and it didn't become commonly used again until the 1800's.

“O Come O Come Emmanuel” is probably the oldest of the Christmas carols still sung today. It dates back to the 9th century and represents an ancient and important series of services celebrated by the Catholic church. The initial Latin text of the original seven verses represented the different Biblical views of the Messiah. One verse per day was sung or chanted during the last seven days before Christmas.

“We Three Kings” is a comparatively new carol and dates back to the middle 1800's. It is one of the few carols where both the words and music were written by the same person. Its composer, John Henry Hopkins, Jr., was the son of the second bishop of Vermont. He was a poet, a musicologist, a composer, and the rector of various parishes. In his spare time, he designed stained glass windows.

New Reviews: I think I set a new record for reviewing in November! I posted reviews of 34 new albums and singles during the month and five new songbooks! I have two more (I think!) Christmas albums to review, and they will be posted before the end of the week. You can find links to all of those reviews here. I also have a link to the new Holiday Music reviews for 2021 here, all of the Holiday Music reviews (202!!!) here, and all of the Holiday Songbooks (35!) here. Lots to enjoy and something for just about everyone!
The words to “Coventry Carol” go back to 1534 and the melody is at least fifty-seven years older. It was first used in a Christmas pageant in England that included a scene in which the mothers of Jewish children sang this lullaby after hearing King Herod's horrifying order to kill all of the baby boys.

"God Rest Ye Merry, Gentlemen" was sung for several hundred years before it was published in the 19th century. At the time the lyrics were written, “merry” meant “great” or “mighty” and “rest” meant “make” or “keep.” In modern times, the title would be closer to “God Make You Mighty, Gentlemen.” The first two lines of the lyrics are quoted in the opening chapter of Charles Dickens' A Christmas Carol.

“The First Noel” is one of the oldest Christmas carols, and its origins are not known. It is either English or French and was a favorite of the shepherds centuries ago. Legend has it that when the shepherds sang it at Christmas, angels would join in one after another, singing it in its "round" form.

New Interviews: I wasn't able to get any interviews done during the month of November, but I'm working on two that I hope to have posted in the next few weeks, so check back and see what's new.
“O Christmas Tree” is known as "O Tannenbaum" in Germany. It celebrates the beauty of the evergreen which has been a symbol of worship by many cultures for centuries. Modern use of a Christmas tree comes from medieval times when a popular play about Adam and Eve used a fir tree hung with apples to represent the "paradise" tree. It later became a German custom to have a fir tree in the home at Christmas to symbolize the belief that Christ's birth occurred for the purpose of wiping out the original sin. German immigrants to America brought the custom with them, and the Christmas tree in the New World is first mentioned in a diary entry made in 1821.

"Hark! The Herald Angels Sing" came from an orchestral piece written by Felix Mendelssohn. He wrote it to commemorate the development of the art of printing. Mendelssohn expected words to be written to his melody, and asked only that they be happy.

House Concerts: I've had a lot of questions about when I plan to start hosting House Concerts again. The answer (again) is that I don't know. I miss the concerts, too, but we don't have room in our living room for social distancing and most artists aren't traveling and performing again yet. I really hope we can start the concerts again next spring or early summer, but I just don't know. I'll give you plenty of notice when I start scheduling them again.
“Silent Night” has one of the most interesting stories of all of the Christmas carols. Franz Gruber was the church organist in a small town in Austria. On Christmas Eve 1818, the assistant pastor, Joseph Mohr, made the unhappy discovery that the organ wasn't working. Father Mohr felt that something special should be done to make up for the loss of the organ on such a special occasion, so he sat down and wrote the lyrics to "Silent Night." He then asked Gruber to write the music for guitar and choir. Gruber was able to compose the melody and write out the parts in time for a rehearsal before Mass at midnight. The world's most popular Christmas carol was actually composed in St. Nicholas' Church. The beautiful hymn was an instant success and one of the men in the church wrote the music down and passed it on to a traveling singing group. No one knew who wrote the hymn until 30 years later when Gruber produced the original manuscript as proof that he had written the song. Pastor Mohr had a drinking problem and died penniless in 1848. His parishioners had to take a special collection to have him buried. Between 1924 and 1936, the Silent Night Chapel was built at the site of St. Nicholas' Church. The chapel seats 22 people who can listen to the original setting of "Silent Night" through headsets while looking at the wooden nativity scene that stands there.

"The Boar’s Head Carol" is thought to be the oldest Christmas carol. It was part of a collection that was printed in England in 1521. This may have also been the first printed music in England.
Dan Chadburn and Tom Nichols' Fund Raising Concert for the Oregon Coast Humane Society: I don't have the final figures yet, but it looks like Dan Chadburn and Tom Nichols' online concert in October raised between $5500 and $6000 for our local Humane Society!!!! This is by far the biggest response we've had, and we all thank those of you who tuned in and contributed to this important cause! An even bigger "thank you" to Dan and Tom! The concert video is still available here.
Because of its history, it is possible that “Angels We Have Heard On High” actually originated with someone who knew Jesus.

Phillips Brooks, who wrote the words to “O Little Town of Bethlehem,” became Bishop of Massachusetts shortly before his death in 1893. When he was 30, he took a trip to the Holy Land, riding from Jerusalem to Bethlehem shortly before Christmas. That trip is supposed to have been the inspiration for the lyrics to the carol.

In 1692, Isaac Watts started writing hymns as a protest to the poor quality of the hymns then found in Anglican hymnals. He reworked the 98th psalm to create the words for "Joy to the World." A century later, Watts' words were set to a melody from a theme from Handel's "Messiah."
Holiday Wishes List: I first did a list of my piano students' "Two Biggest Christmas Wishes" for my "Pianotes" newsletter in December 1986, making this the 35th year for the list!!! In 12/91, Philip Aaberg became the first artist to join the list, and in 1992, David Lanz and Suzanne Ciani joined in, too. It's been a fascinating journey! I will continue to add wishes to this year's list throughout the holidays, so if you haven't chimed in already and would like to, just shoot me an email at kathypiano@gmail.com. I'll keep the list available until mid-January or so, so feel free to check back and see if more wishes have been added. Here's the link!
The melody for “What Child Is This?” ("Greensleeves”) dates back to at least the year 1580. It is referred to in Shakespeare's writing and was a party song for soldiers in the English Civil War. The words were written by an English hymnist and insurance company executive, William Chatterton Dix.

Bing Crosby’s version of “White Christmas” was the signal to Americans to evacuate Saigon in 1975. As the Viet Cong army surrounded the city, embassy officials had quietly spread the word to head for the helicopters at a radio announcement that the temperature in Saigon was “105 degrees and rising” followed by the song.

“The Chipmunk Song” was released in 1958 and won a Grammy Award for the best recording in the Children's category that year. I thought it was really interesting because I had a large number of piano students from Vietnam and The Philippines and that was the first Christmas song many of them wanted to learn!!!

December Birthdays: There is an impressive list of musical December birthdays. Here are some of them:

Happy Birthday to all of you!
“Santa Claus is Comin' to Town” is the third best-selling Christmas song of all time, but it almost didn't get recorded. It was written in 1932 and the writers tried for two years to get someone to record it. Eddie Cantor finally agreed to use it on his radio show the week before Thanksgiving in 1934 and it was an instant success.

“White Christmas” was first introduced in a 1942 movie called "Holiday Inn". It received an Oscar Award for the Best Song that year. "Holiday Inn" was remade in 1954, but this time it was called "White Christmas." The song has gone on to become the all-time favorite popular Christmas song (not to be confused with the most popular Christmas carol!)
Did you know that there are at least fourteen different religious holidays and observances between November 20th and January 24th? Wishing everyone Happy Holidays and a very Merry Christmas to all who celebrate it! See ya next year! 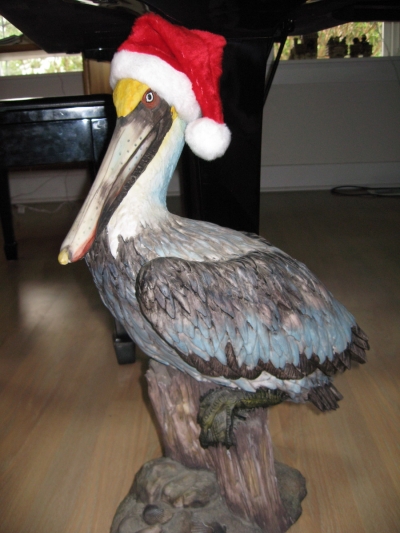 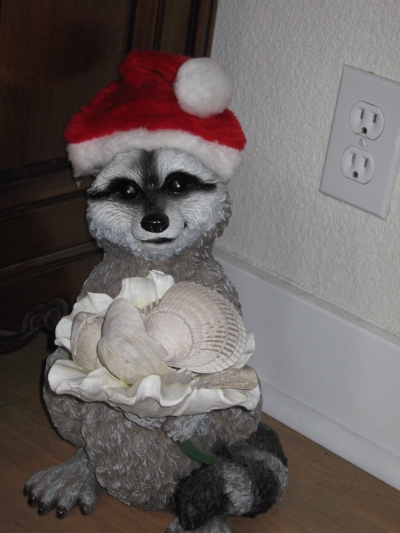 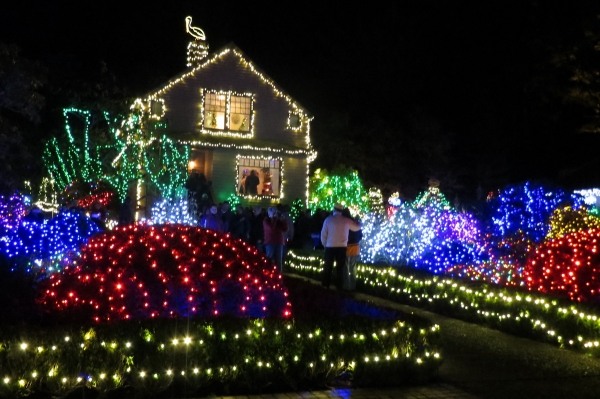 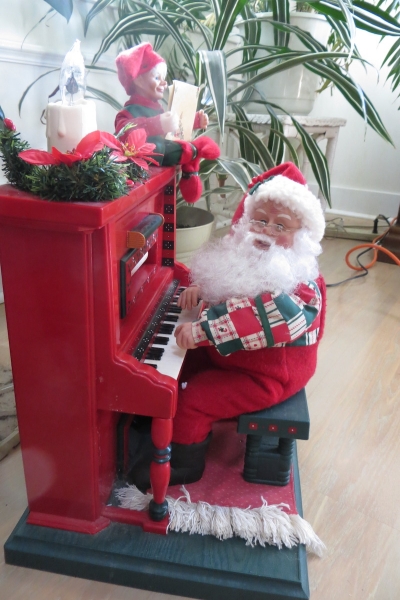 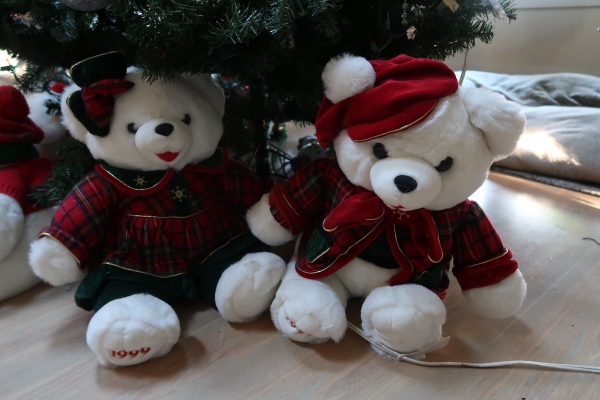