I hope all is well with you as we head into the summer months. Actually, it's been cool and raining most of May here on the Oregon Coast, so a string of sunny days would be most welcome! (That's not a complaint, though!) As usual, there are lots of goodies for you in this issue, so let's get started!
During WWII, Liverpool was the most-targeted city (after London) in Britain, and John Lennon was actually born during an air raid.

Francis Hopkinson of Philadelphia published his "Six Songs for the Harpsichord or Pianoforte" in 1787 and claimed to be the first native-born American to produce a musical composition. He dedicated the pieces to George Washington.

The fear of performing is called "topophobia."
New Reviews: New music continues to pour in, so there are lots of reviews of new singles and albums - and a few oldies, too! I also reviewed a new songbook with lots more of those to come! It's a really varied lot, so check 'em out here - there is sure to be something for everyone!

The first inductees into the American Classical Music Hall of Fame included Duke Ellington, George Gershwin, The US Marine Band, Scott Joplin, John Philip Sousa, Leonard Bernstein, Aaron Copland, and Igor Stravinsky. Quite a varied lot, but that’s what America is supposed to be about!

On April 4, 1964, The Beatles held all top five spots on the Billboard Hot 100 - the only time that has happened in the history of the chart.

The only German piano manufacturing facilities that were still intact after World War II were Steinway's.

Interviews: It's been so busy around here that I didn't have time to do the two interviews I was planning to do in May. I'll get going on those ASAP and will get them posted during June. Next up are Chad Lawson and Bernward Koch! I can't wait to find out what's new with both of them and to chat about their new music!
Hired pianists provided the "sound" for the silent movies of the early 20th century.

Actor Gary Oldman didn’t know much about playing the piano, so to prepare for his role as Ludwig van Beethoven in the film, Immortal Beloved, he hired several piano teachers, and studied the piano relentlessly for three months straight, eight hours a day. He was also able to co-conduct the London Symphony for the film’s soundtrack.

The late piano virtuoso, Arthur Rubinstein, sang constantly for the first few years of his life, but he refused to speak.

Music Holidays: The list is a little shorter this month, but there is still plenty to celebrate!

A 5-movement sonata for piano and dog was performed at a Carnegie Hall concert and on TV. It was written by Juilliard-trained composer, Kirk Nurock. The sonata is an elaborate 35-minute piece composed and performed by a (human) pianist and "sung" by three dogs.

The first typewriters had piano-style keyboards, and were the size of kitchen tables.

The first public performance of a piano duet was on March 10, 1784. It was played by Muzio Clementi and his most-promising pupil---13-year-old John Baptist Cramer.
June Birthdays: It's always impressive how many musical June birthdays there are:

Happiest of birthdays to everyone on the list!
The hormone, oxytocin, is released into the body's bloodstream via a message from the hypothalamus in response to stimuli, including music. When we sing, this hormone often makes us feel an emotional bond with those in our group. That's one of the reasons countries have national anthems and sports fans sing their team songs.

The statue in Vienna that was built to honor Franz Schubert cost more than Schubert earned for his music during his lifetime.

Oxytocin emerges in stressful situations and can send people into riots or battles. This is part of the reason military organizations have marches and why protestors often express their anger by singing or chanting.

House Concerts: People keep asking me when I'm going to resume house concerts here and my honest answer is still "I don't know." Florence, OR is still a hot-spot for COVID and not many artists are touring yet, so I just don't know. Unfortunately, that's the best answer I can give for now. I'll keep you updated as the situation changes for the better.
Piano tuning was one of the first professions open to blind people.

One of Beethoven's landlords in Baden was glad to have the composer as a tenant. When Beethoven moved out, the landlord auctioned off the window shutters, which were covered with musical notation.

The pianoforte made its public debut in England on May 15, 1767, between the acts of the play, "Beggar's Opera."

That should be enough "stuff" for the month of June! The photos this month are of some of the rhododendrons in our front and back yards. Despite the rain and wind, the rhodies have been especially beautiful this year - or maybe it's just so good to see some color in the gardens! We had some really heavy wind over the weekend, so a lot of the blossoms are on the ground, but the later-blooming plants are coming into their own now, so the show isn't over yet!

Have a great month, and we'll meet here again the end of June!

Kathy
Mozart wrote his first opera when he was 12. When he was 11, The Archbishop of Salzburg commissioned Mozart to write an oratorio (a religious musical production that is performed without costumes or props). Suspicious that the boy would seek outside help, the Archbishop locked Mozart in a stuffy little room for a week until the work was finished.

As early as the 1820s, white minstrels in blackface were performing song and dance routines that both emulated and mocked black American culture.

When they were both seven years old, Mozart proposed marriage to Marie Antoinette. She turned him down. 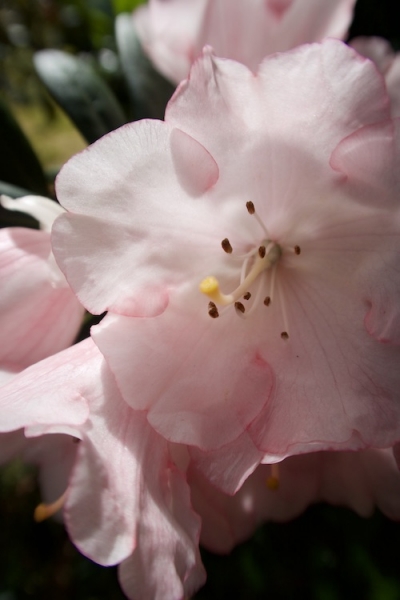 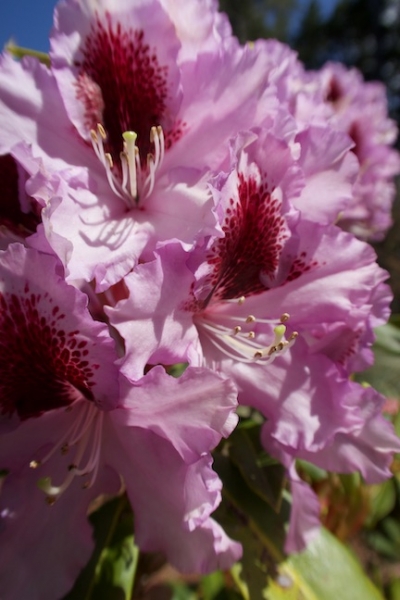 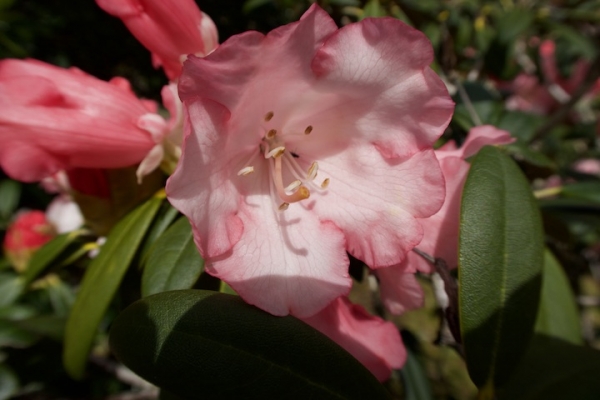 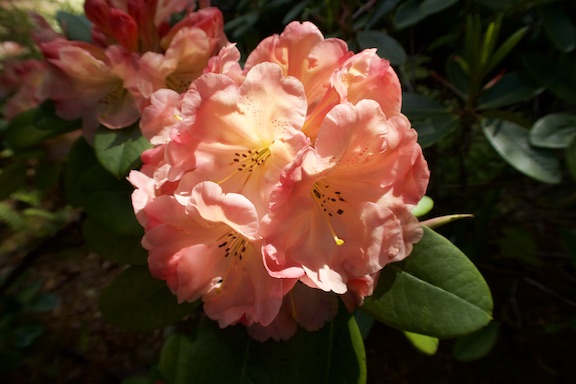 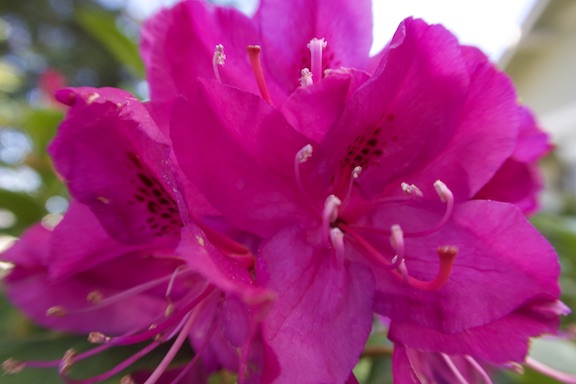 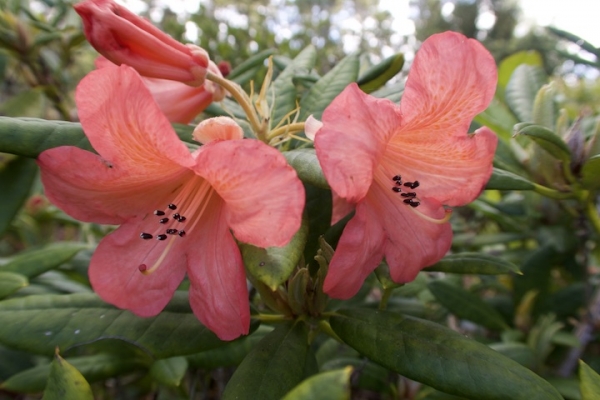 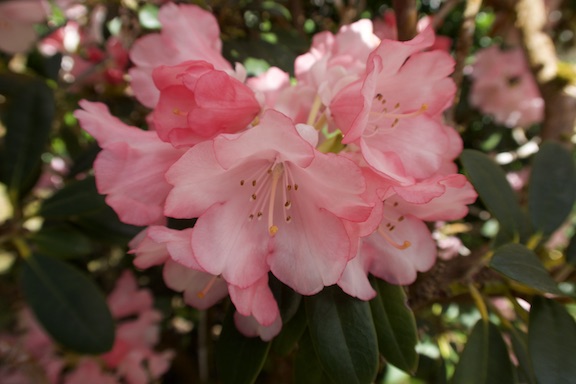