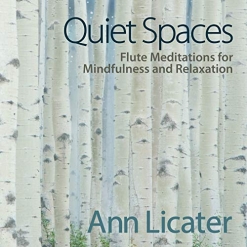 Ann Licater plays eleven different flutes on Quiet Spaces, but thirteen of the fifteen tracks include Native American or Native American-style flutes, keeping the overall feel of the album fairly even and consistent throughout. And no, I’m not saying that the music all sounds the same. Being consistent helps to set the mood and maintain it for the full album, allowing the listener to get “lost” in the music. On the other hand, music that is too repetitive can be anything but relaxing (believe me, I know!!!). This is music for a purpose (several purposes, actually!), and I think it succeeds exceptionally well. I did some of my listening in the car while driving on the Oregon coast highway, and found Quiet Spaces to be a wonderful aural companion - especially when driving in a beautiful area, where the music can add a bit of magic to the experience.

Quiet Spaces is healing, relaxing music at its finest. It is available from Amazon, iTunes, CD Baby and various streaming sites.
December 7, 2018
This review has been tagged as:
Kathy's Favorites: 2018Kathy's PicksOther Solo Instruments
Ann's Website Ann's Artist Page on MainlyPiano
Album Links
Amazon (referral)iTunes
This site contains affiliate links to products. We may receive a commission for purchases made through these links.
More reviews of Ann Licater albums 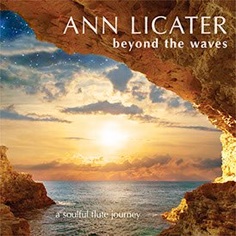 Beyond the Waves
2016
Kathy's Picks 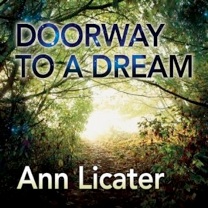